Game 2: Lightning even series after beating Bruins in overtime 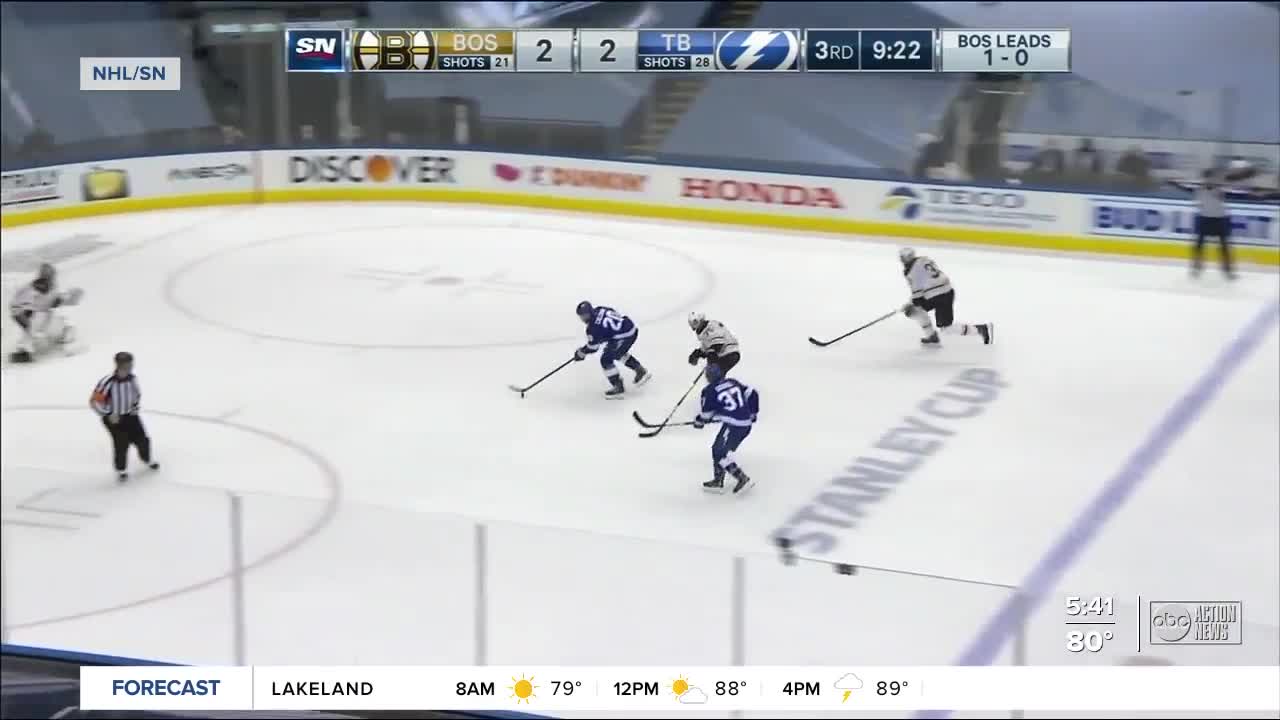 The Tampa Bay Lightning are looking to even the series against the defending Eastern Conference champions, the Boston Bruins. Story: https://bit.ly/34zJ78r 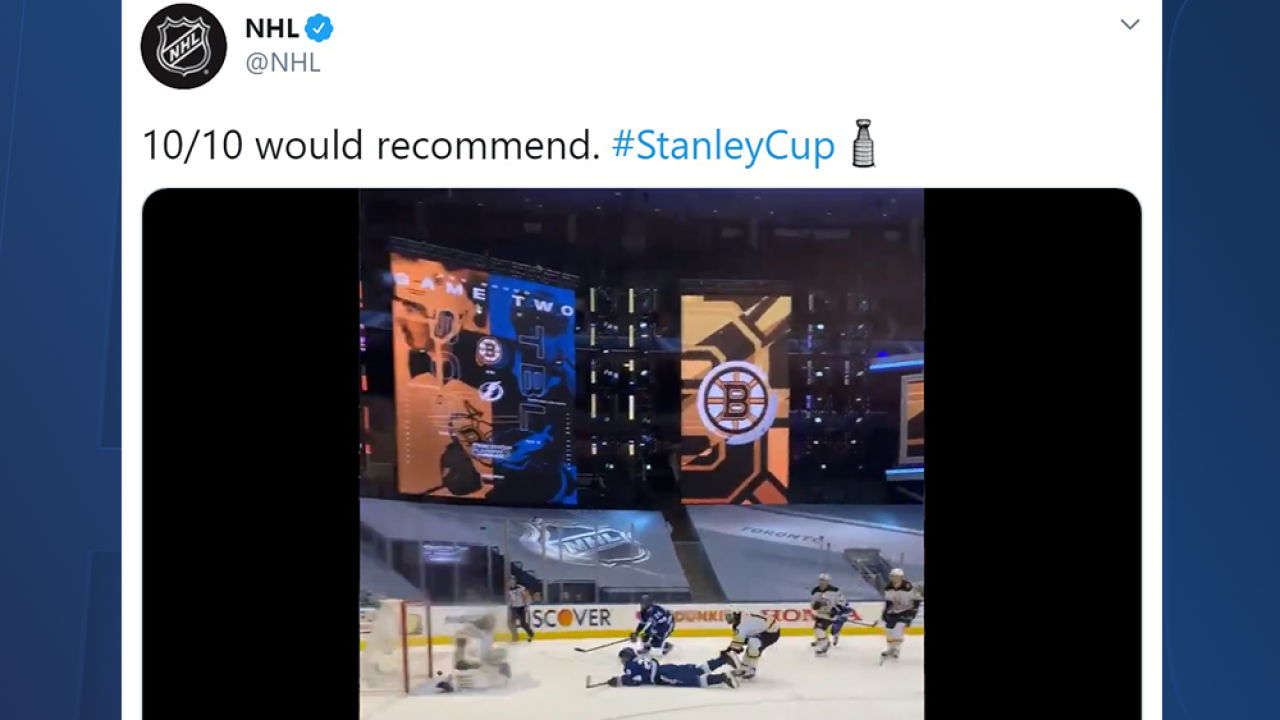 TORONTO -- The Tampa Bay Lightning evened the series against the defending Eastern Conference champions, the Boston Bruins, after an overtime goal from Ondrej Palat put the Bolts up 4-3 in Game 2.

Boston drew first blood after a goal from Nick Ritchie in the first period. Shortly after the Bruins goal, the Lightning thought they had tied the game until the goal was called back due to a narrow offside from Brayden Point.

Blake Coleman finally put Tampa Bay on the board after a diving goal just under 13 minutes into the first period.

In the second period, Bruins' Brad Marchand found the back of the net to bring Boston up 2-1 a little over 14 minutes into the period. A little less than a minute later, Bolts' Nikita Kucherov answered with a goal to tie the game up at 2-2.

Palat cashed in on an assist from teammates Yanni Gourde and Pat Maroon to score the game-winning goal.

The Bolts dropped Game 1 to the Bruins after falling short 3-2. Tampa Bay nearly came back from a 3-0 deficit through the middle of the third period after a pair of late goals from Victor Hedman.