He's following in the footsteps of his cousin and 12-year NFL veteran Dominique Rodgers-Cromartie. 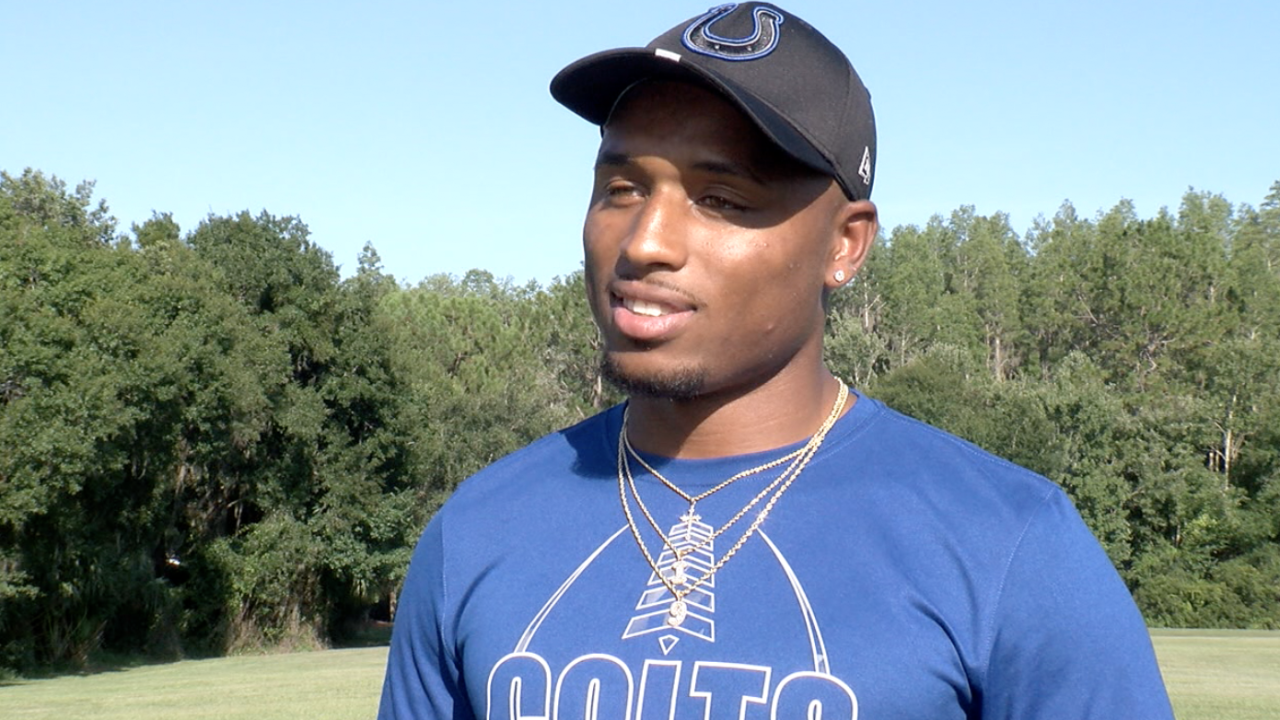 TAMPA, Fla. -- Isaiah Rodgers embraces the underdog role. The Howard Blake High School grad took that mentality to UMass, where despite playing for a smaller program, the Indianapolis Colts liked him enough to take him in the sixth round of the NFL Draft.

Rodgers turned the small college dream into an NFL reality. He's following in the footsteps of his cousin and 12-year NFL veteran Dominique Rodgers-Cromartie. Rodgers-Cromartie played his college football at Tennessee State before being drafted by Arizona in the first round of the 2008 draft. Isaiah said Dominique was just as excited as he was when he got the call from the Colts.

"He went crazy worse than me! He was like 'Oh yeah, let’s go!'" Rodgers laughed. "I'm like 'Wait, chill, hold on. This is my moment!' You had yours a decade ago. He’s always been there for me, always been in my corner. That's my guy."

"It was unreal," Rodgers-Cromartie said. "I was very happy, very emotional. I’ve been through the process, so I was just kinda like standing back, just watching in amazement."

Dominique racked up 30 career interceptions in his lengthy career in the pros. Now it's his turn to watch his cousin get some of his own.

"He's been watching me his whole life. Now I get to sit back and watch him. I’m excited. I’m happy for him. I’ve seen his work."

Isaiah's work got him noticed by NFL scouts and one other unlikely set of eyes -- entertainment superstar Cardi B. She tweeted a highlight video of Rodgers in April, but he didn't believe it right away.

"It didn’t look real," Rodgers joked. "I clicked on it, and it was her. I kept refreshing my page, made sure it was her. And my phone just went crazy after that."

The tweet was followed by Pro Bowl wide receiver Odell Beckham, Jr. following him on Instagram. Rodgers seems to be taking his success in stride.

"A lot of things you don't really expect. A lot of people wish for those moments in life. I just taking it in right now, embracing my platform, and pretty much just doing what I need to do and go from there," Rodgers said.