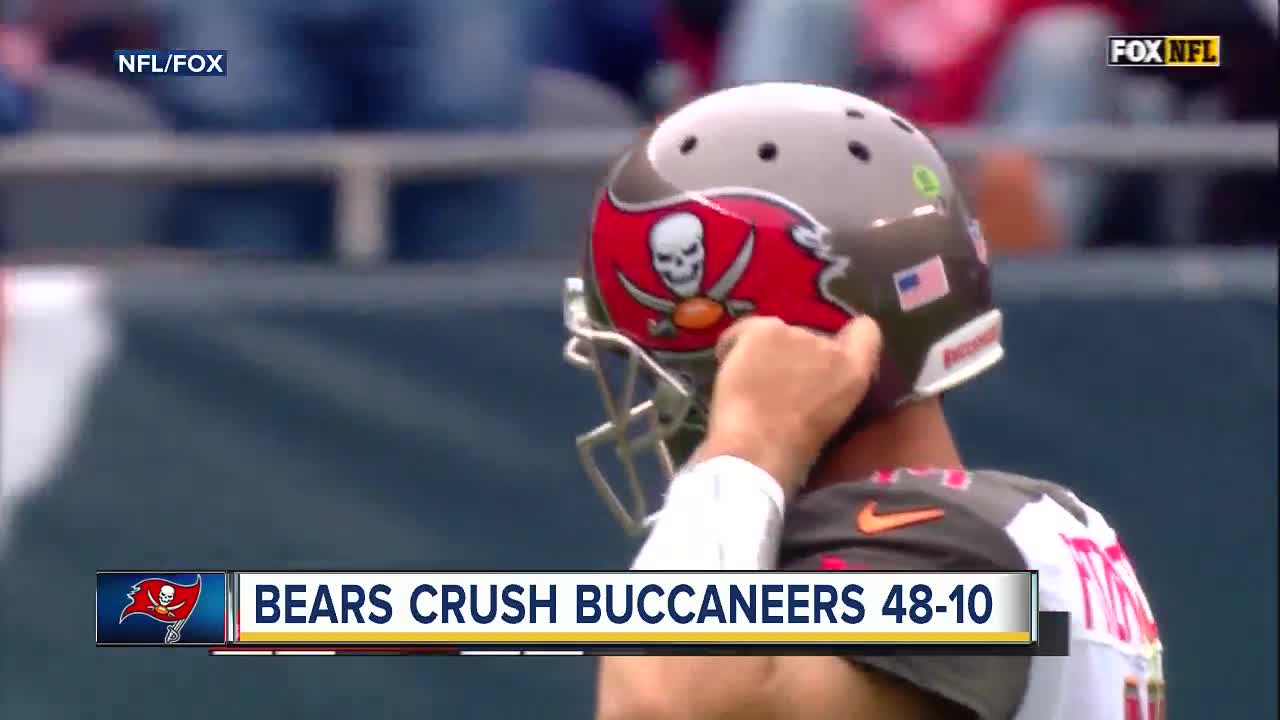 The FitzMagic ran out on the Tampa Bay Buccaneers. Jameis Winston returned from a three-game suspension in the second half after Ryan Fitzpatrick's record run came to a screeching halt in a 48-10 loss to the Chicago Bears on Sunday Winston came in under tough circumstances to start the second half, with his team trailing by 35 after Fitzpatrick struggled in a big way. The former Heisman Trophy winner and No. 1 overall draft pick didn't exactly light it up. Winston was 16 for 20 with 145 yards, one touchdown and two interceptions. He got picked off by Danny Trevathan on the opening drive of the second half when Khalil Mack appeared to tip the ball as he released a pass. 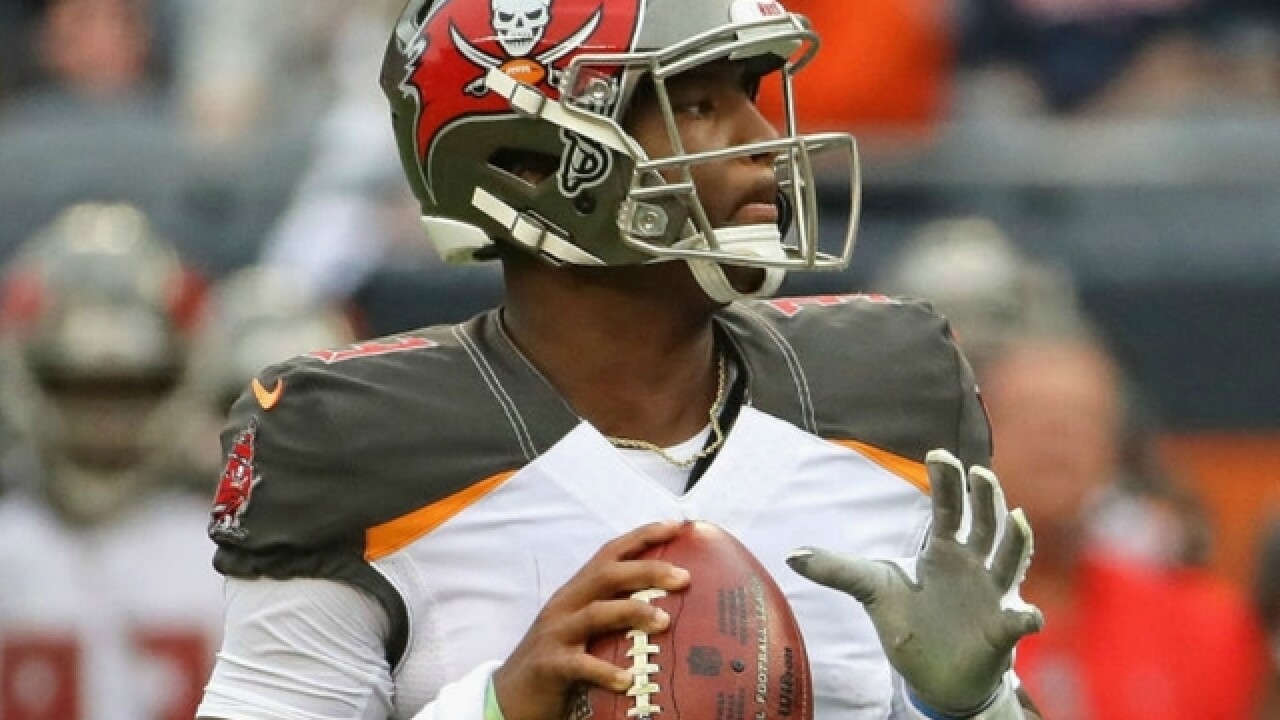 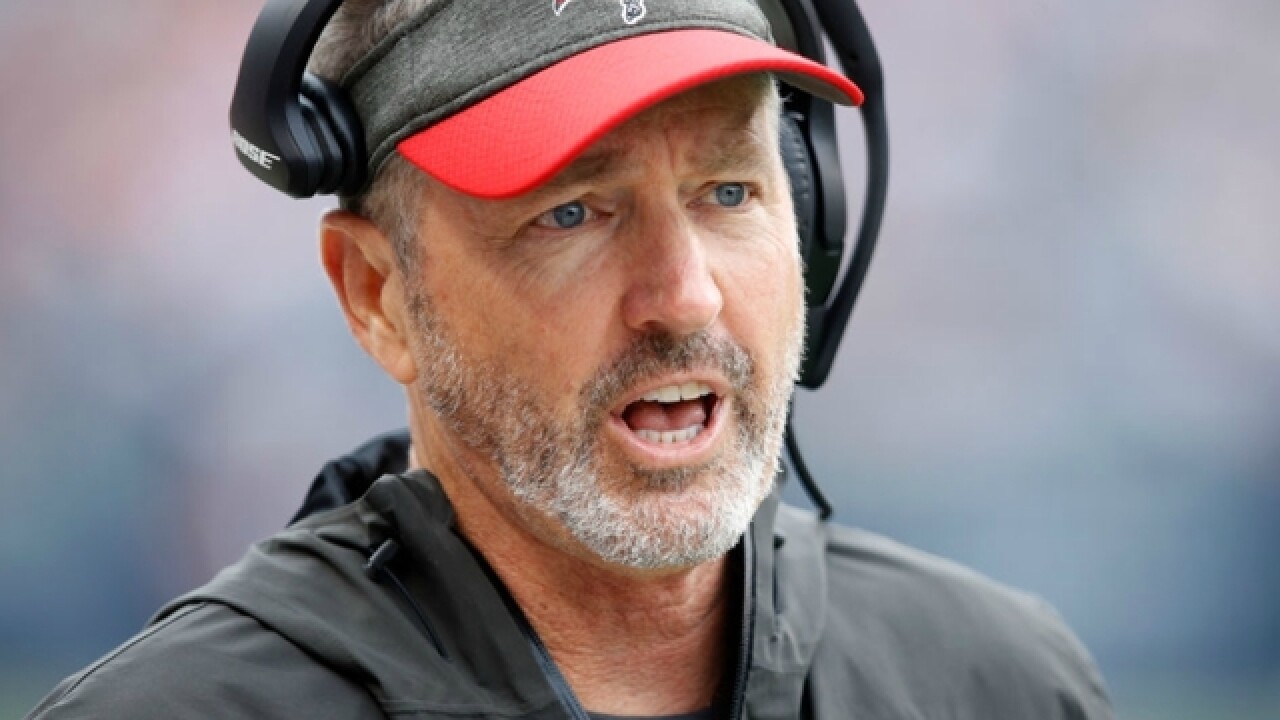 Jameis Winston will be the starting QB when the Bucs come back from their bye week in week 6.

Jameis Winston will start Tampa’s next game against the Falcons.

At a press conference Monday, coach Dirk Koetter said he was very pleased with the work Ryan Fitzpatrick put in for the four weeks he started.

"I was ready," Winston said. "These three weeks I took very seriously. I worked my tail off. I got all those guys around to help me so I can go out there and be good for my team."

Winston came in under tough circumstances to start the second half, with his team trailing by 35 after Fitzpatrick struggled in a big way. The former Heisman Trophy winner and No. 1 overall draft pick didn't exactly light it up.

Winston was 16 for 20 with 145 yards, one touchdown and two interceptions. He got picked off by Danny Trevathan on the opening drive of the second half when Khalil Mack appeared to tip the ball as he released a pass.

Even so, coach Dirk Koetter said Winston "probably" played well enough to regain the starting job. He just wouldn't quite commit to it.

"We will worry about that on another day," he said.

The Buccaneers opted to stay with Fitzpatrick after he became the first player in league history to pass for 400 yards in three consecutive games while Winston served his suspension for violating the NFL's personal conduct policy. They waited until game-time this week before announcing that decision. But with a bye coming up, it's hard to envision them not turning to Winston. Tampa Bay's next game is Oct. 14 at Atlanta.

Winston was the top pick in the 2015 draft and has started 45 of Tampa Bay's 49 games since he entered the NFL.

But he was suspended by the league following an accusation that the 2013 Heisman Trophy winner groped a female Uber driver during a ride the quarterback took in Arizona, where Winston was attending a charity event in March 2016. The NFL learned of the allegation when it was reported publicly last November. The woman filed a lawsuit nearly two weeks ago and is seeking more than $75,000 in damages.

With Winston suspended, Fitzpatrick threw for 1,230 yards and 11 touchdowns in the first three games. But against the Bears, he was swarmed right from the start by a defense performing as well as any in the league.

"It was just another week in terms of putting your head down and preparing and getting ready as best as I could and as best as the team could," Fitzpatrick said. "We didn't play well, obviously. That's the understatement of the day, but we didn't play well in any of the phases. And when you do that on the road versus a good football team, the score is going to look like it did today."

Chicago's Mitchell Trubisky threw for six touchdowns -- one shy of the NFL and franchise records -- against a struggling secondary. But Fitzpatrick didn't have much of a chance against an aggressive defense, going 9 of 18 for 126 yards and getting sacked twice. Mack had a strip-sack against him, and Eddie Jackson picked off a pass, leading to a field goal at the end of the half for Chicago that made it 38-3.

By then, Koetter had informed his assistants that Winston would start the second half.

"We put Jameis in a terrible situation today," Koetter said. "And I told him that. I told him that right off the bat at halftime, we were putting him in a bad situation. I knew Jameis would go in and give us everything he had."