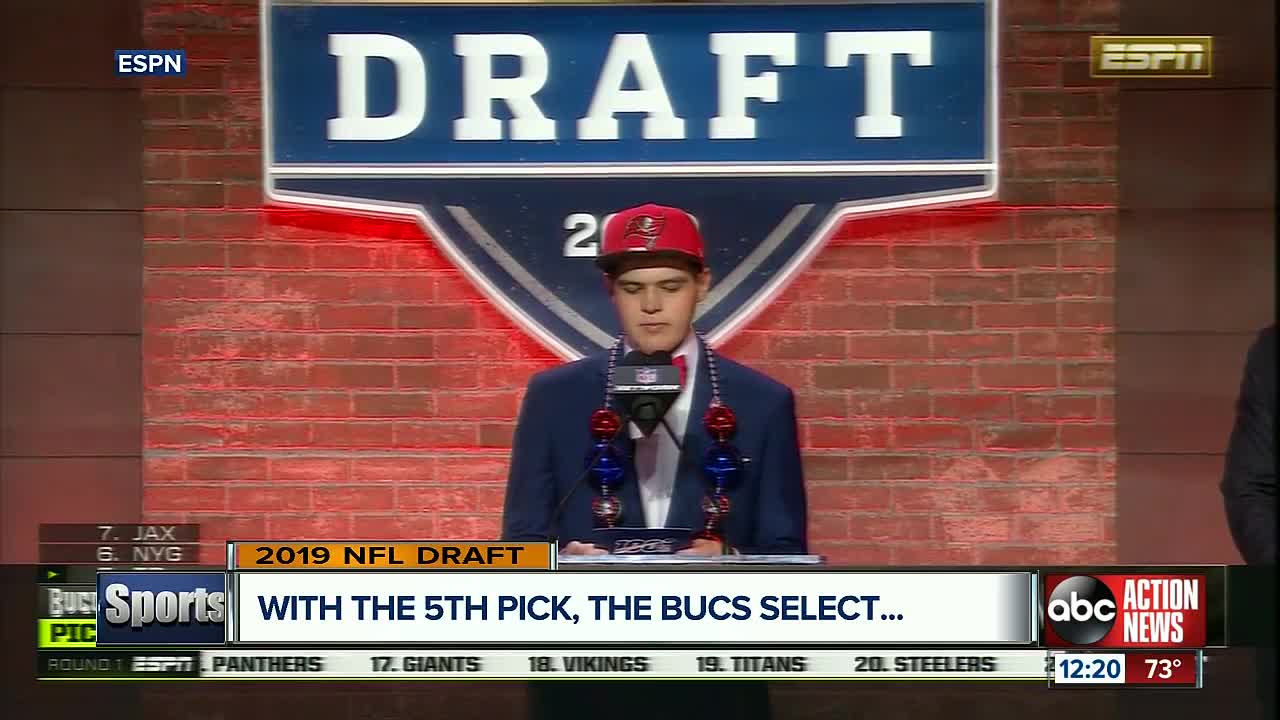 The Tampa Bay Buccaneers are counting on Devin White to help them become relevant again. 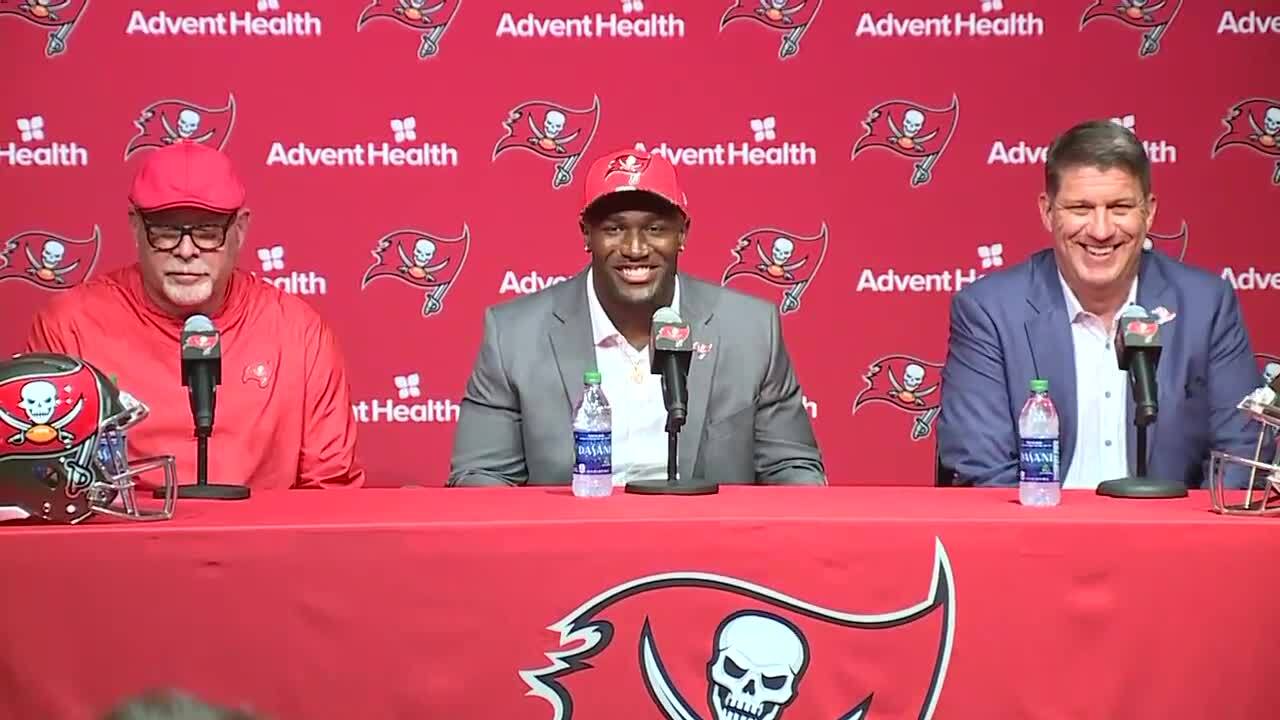 TAMPA, Fla. (AP) — For the Tampa Bay Buccaneers, the NFL draft was all about trying to give Jameis Winston a better chance to succeed.

That not only means surrounding the fifth-year quarterback with playmakers on offense but rebuilding a defense that's been one of the worst in the league since Winston entered the league as the No. 1 overall pick in 2015.

Coach Bruce Arians and general manager Jason Licht began their first draft together since their days of working together with the Arizona Cardinals by selecting five consecutive defensive players over the first four rounds.

They interrupted the overhaul by picking Utah kicker Matt Gay in the fifth round, then finished Saturday by taking little-known but speedy Bowling Green receiver Scotty Miller in the sixth round and Missouri defensive tackle Terry Beckner, Jr. in the seventh.

"Feel really, really good about this one," Licht said about the draft haul that began with selecting linebacker Devin White with the fifth overall pick.

Cornerbacks Sean Bunting and Jamel Dean, plus safety Mike Edwards are part of the potential fix for a unit making the transition to a 3-4 scheme under defensive coordinator Todd Bowles after allowing the second-most points in the NFL last season.

Offensive line and running back are areas of need that were not addressed in this draft.

Licht reiterated that the roster is a work in progress.

"We still have time to make some additions if we have to," the GM said.

"You can't address every position that you may have some concerns. Whether they vary from big concern to small concern, you can't — it's just impossible to do it in a small amount of time during free agency or the draft," Licht said. "But, we have through August to do what we can."

Licht and Arians passed on an opportunity to select the top-rated pass rusher in the draft, Josh Allen, to make White the centerpiece of the defensive overhaul. Bunting could compete for a starting job right away, too, while Dean, Edwards, Nelson and Beckner address the need for depth.

Selecting a kicker in the fifth round, No. 145 overall, was unexpected, especially considering the single biggest draft-day blunder under Licht's watch was the decision three years ago to trade up 15 spots to select Roberto Aguayo in the second round, No. 59 overall. The former Florida State star was a major disappointment as a rookie and released after just one season in Tampa Bay.

The position has been problematic for much of Licht's tenure, which began in 2014.

The GM insisted he had no qualms about drafting another kicker.

"To me — and to us — it was a small price to pay to get a kicker," Licht said. "You wouldn't say the same thing for a receiver. If a receiver didn't work out a couple years ago that you took in the second round, would you be afraid to take a receiver in the fifth round? No. This is a very, very important position."

While they didn't opt for any of the top edge rushers in the draft, the Bucs believe White has the versatility to bolster pressure up the middle, be a run-stopper and excel in pass coverage. With at least two starting jobs open in the secondary, Bunting, Dean and Edwards will be added to a mix of young candidates that include 2018 draft picks M.J. Stewart and Carlton Davis.

"Competition is a beautiful thing in this league," Licht said.

The Bucs have little flexibility under the salary cap to upgrade the roster and likely will need to release, trade or get six-time Pro Bowl defensive tackle Gerald McCoy — due to make $13 million this year — to agree to a sizeable pay cut to free up money to sign their draft picks and make other significant moves.