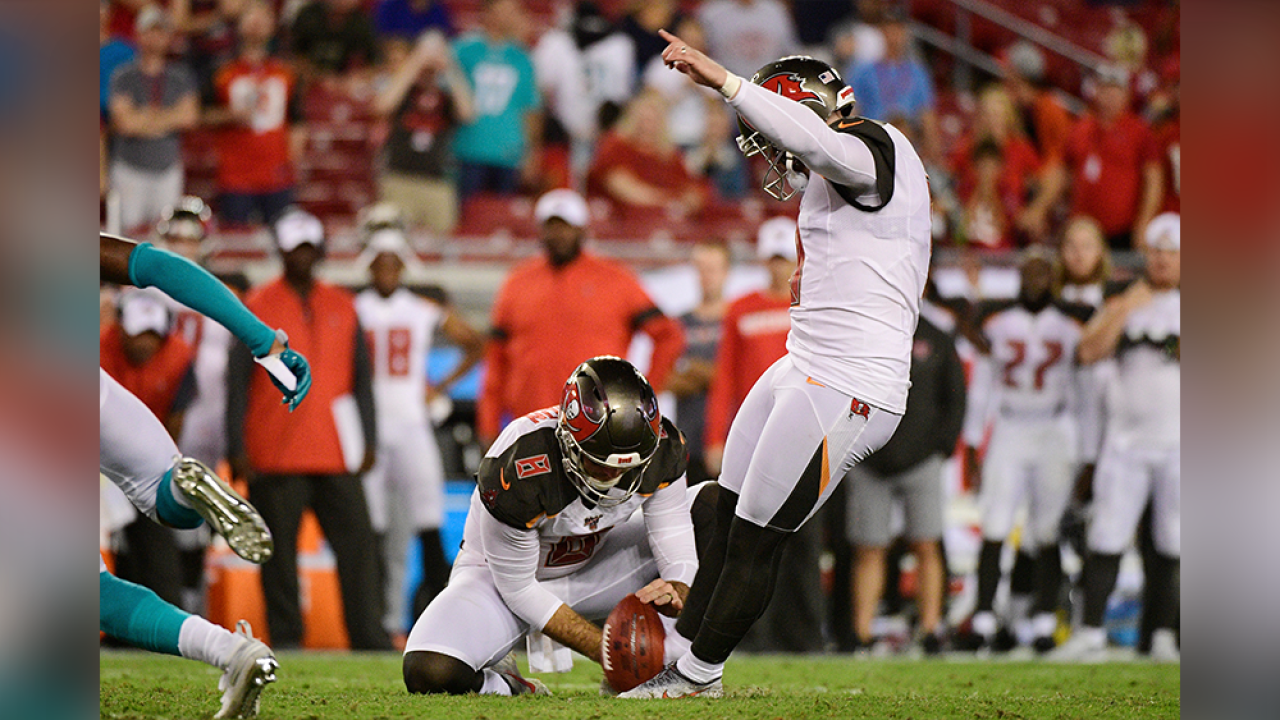 TAMPA, Fla. (AP) — Second-year quarterback Josh Rosen was a surprise starter and went 10 for 18 for 102 yards during the first half in the Miami Dolphins' 16-14 loss to the Tampa Bay Buccaneers on Friday night.

Rosen, battling with 15-year veteran Ryan Fitzpatrick for the Dolphins' starting job, helped Miami to a pair of field goals and a 6-3 halftime lead. Rosen was 13 for 20 with one interception in last week's 34-27 victory over Atlanta.

Fitzpatrick, who spent the previous two seasons with Tampa Bay, entered to start the second half and completed 3 of 9 passes for 20 yards before being replaced by Jake Rudock five minutes into the fourth quarter.

Buccaneers quarterback Jameis Winston played one series for the second consecutive week, completing 2 of 4 passes for 24 yards. He is in the final year of his rookie contract at a salary of nearly $21 million.

The Dolphins got within 13-12 on an 8-yard strike from Rudock to Patrick Laird with 34 seconds remaining in the fourth period. Rudock then put the Dolphins up 14-13 by hitting Trenton Irwin for the 2-point conversion.

The Buccaneers had a no-pass-interference call overturned after a video review with 3:36 left in the fourth that led to a tiebreaking touchdown. After the penalty on Tyler Patmon for interfering Justin Watson put the ball on the Miami 4, Ryan Griffin connected with Tanner Hudson for a 13-6 lead on the next play.

Bucs coach Bruce Arians opted to have his regulars play less than they might normally in a second preseason game because of the work done during joint practices with the Dolphins on Tuesday and Wednesday.

Miami's Jason Sanders made second-period field goals from 45 and 49 yards, the final one coming with 1 second remaining.

Dolphins WR Preston Williams was targeted six times but made just one catch for 7 yards. The undrafted player had four receptions for 97 yards in last week's game against Pittsburgh.