Devils switching goalies for Game 3 of series vs. Lightning 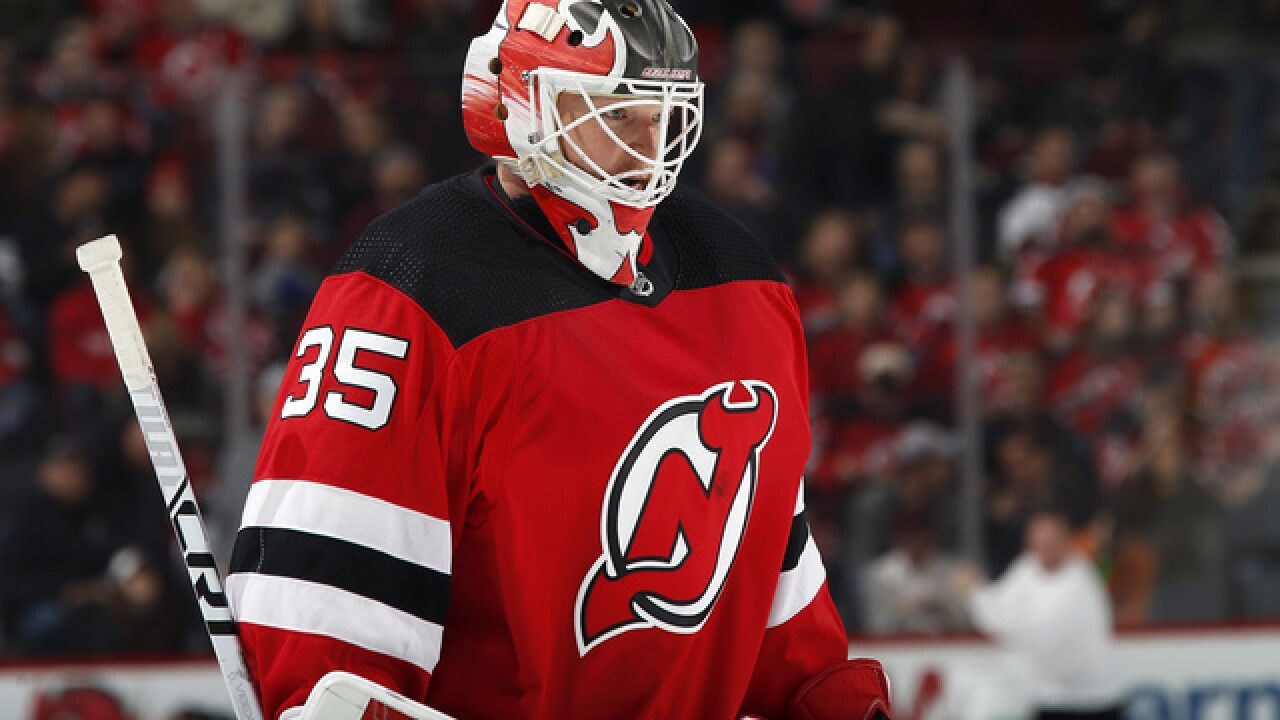 Copyright 2018 Scripps Media, Inc. All rights reserved. This material may not be published, broadcast, rewritten, or redistributed.
Adam Hunger
<p>NEWARK, NJ - MARCH 4: Cory Schneider #35 of the New Jersey Devils in action against the Vegas Golden Knights during the first period at the Prudential Center on March 4, 2018 in Newark, New Jersey. (Photo by Adam Hunger/Getty Images)</p>

NEWARK, N.J. (AP) — Cory Schneider is replacing Keith Kinkaid in goal for the New Jersey Devils in Game 3 of their first-round playoff series against the Tampa Bay Lightning.

Coach John Hynes decided to make the move with New Jersey trailing 2-0 in the best-of-7 series.

Monday night’s game will mark the return of forward Marcus Johansson to the lineup. He has been sidelined since late January with a concussion.

Johansson skated on the left wing with Pavel Zacha at center and Patrick Maroon on the right side in Monday’s morning skate.

Miles Wood was dropped to the fourth line, where he will skate with Brian Boyle and Drew Stafford. Michael Grabner, who was acquired in mid-February from the Rangers, is not in the lineup.

Hynes also elected to go with six defensemen instead of the seven he used in Game 2. Mirco Mueller is a healthy scratch.