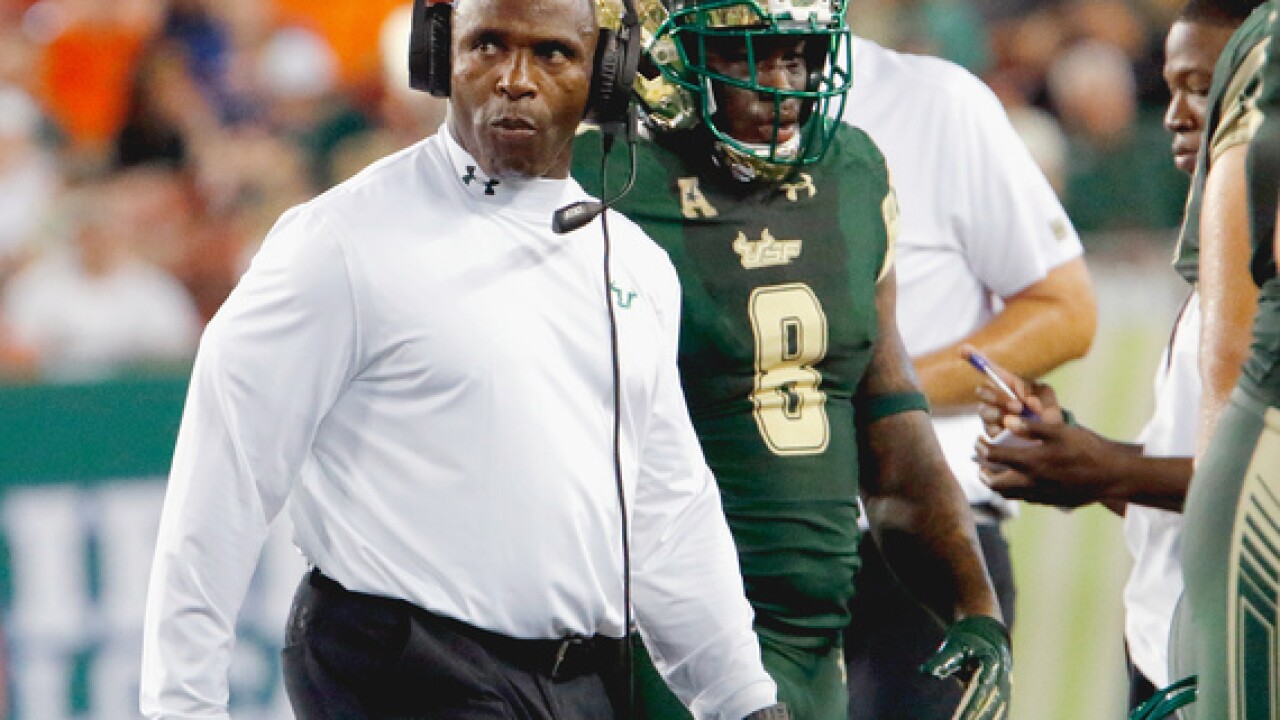 Copyright 2018 Scripps Media, Inc. All rights reserved. This material may not be published, broadcast, rewritten, or redistributed.
Joseph Garnett Jr.
<p>TAMPA, FL - SEPTEMBER 15: Head coach Charlie Strong of the South Florida Bulls walks on the sidelines during the game against the Illinois Fighting Illini at Raymond James Stadium on September 15, 2017 in Tampa, Florida. (Photo by Joseph Garnett Jr. /Getty Images)</p>

TAMPA — USF football has announced a three game series with the University of Florida, beginning in 2022.

The Gators have never been to Tampa, but will make their first trip in 2023.

"We are very excited for our program and our fans to add three games against the University of Florida to our schedule," Harlan said. "I would like to thank Coach Strong for his desire to play a challenging non-conference schedule and the leadership at Florida for their partnership in making this happen. We are committed to scheduling opponents that our fans are excited to see the Bulls compete against and Florida certainly ranks very high on that list."