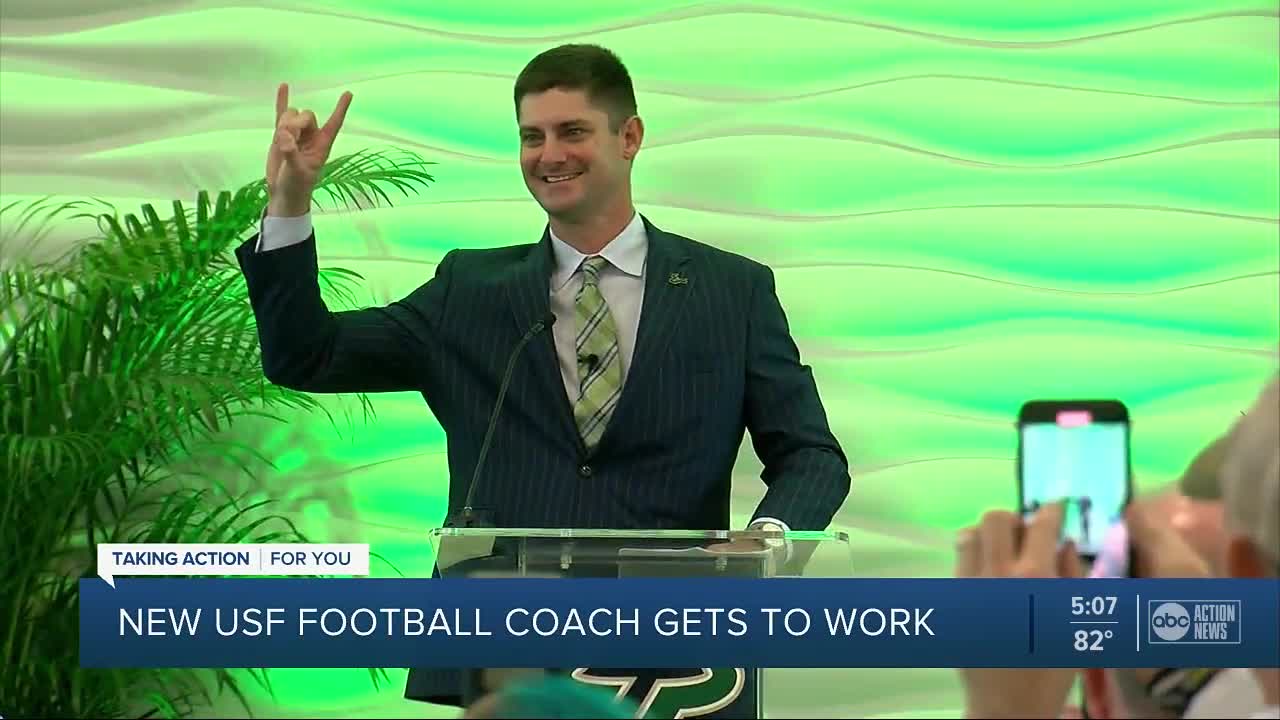 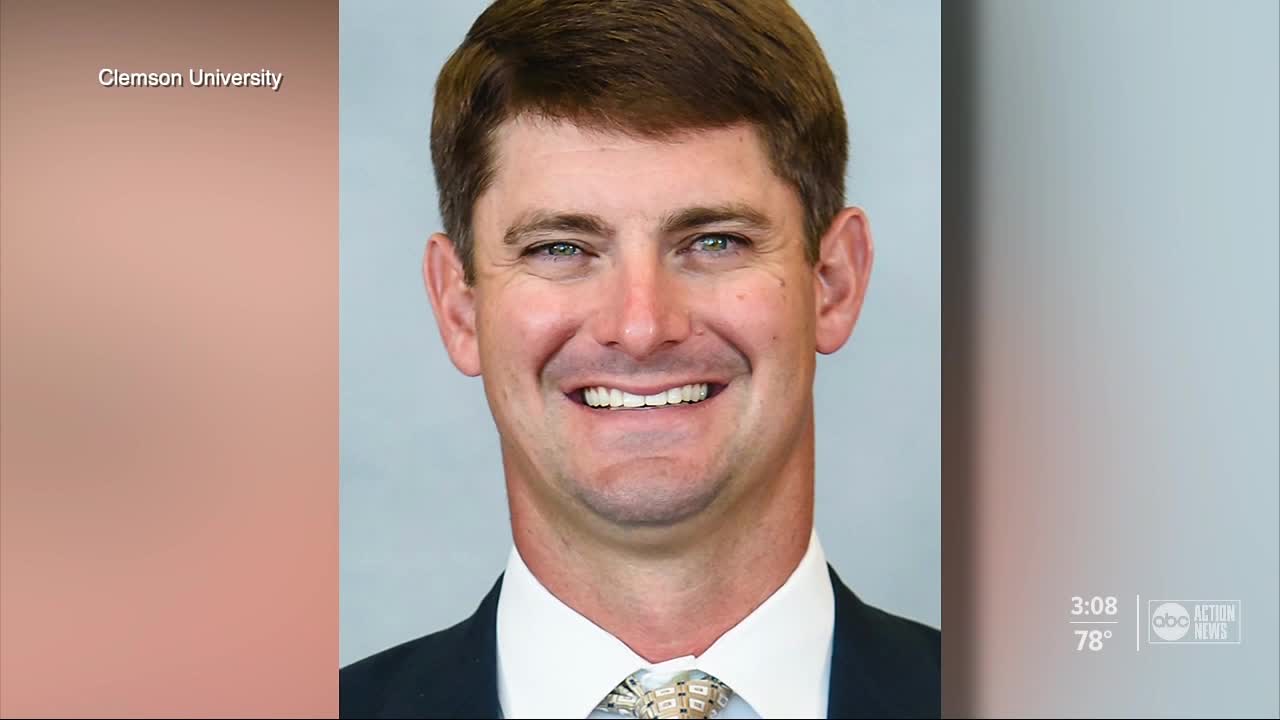 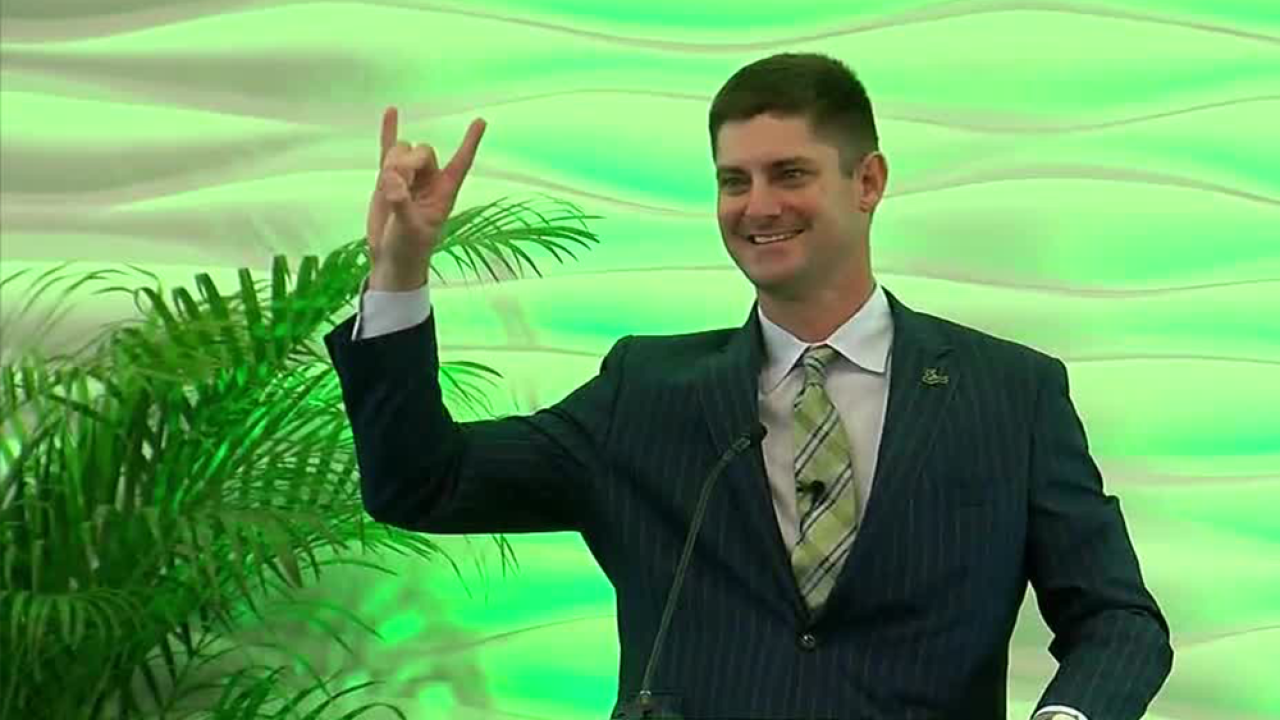 TAMPA, Fla. — A new era is kicking off for the University of South Florida football team.

Scott already knows the correct hand gesture. He had his 'horns up' as hundreds of Bulls supporters came to welcome him to USF on Wednesday.

“Really since I got the call and the interest I haven’t slept a lot. But I’ve been running on adrenaline. And really just want to get started and meet everybody and really taking it all in. It’s been a blessing,” Scott said.

Scott had been on the Clemson Tigers staff since 2008 and was a finalist for the Broyles Award, which honors the top assistant coach in the country, in 2018.

“Let’s be honest. I got this job because of Savannah. She’s a 5-star, 4-year-old in our house," said Scott, who is 38 years old, married and a father of a 4-year-old. "I tell people all the time that Savannah, as a four-year-old, already has a college football record. She’s the only 4-year-old that I know that’s been a part of seven college football playoff games, three national championship games and she’s been in two national championship parades.”

His own father, Brad Scott, was a longtime college football coach.

“Whenever he was the head coach at the University of South Carolina, I held the cords. Back then the headphones actually had cords. Now they are wireless. Literally I’d walk right next to him. After two years he would get mad because I would be suggesting plays."

As an offensive assistant, he helped lead Clemson to two national championships.

One of them came against Alabama at Raymond James Stadium.

“We have the facilities, we have the talent, we have the fan base. Now we just need that one person to take us over that hump and we should be good," said former USF player Vassay Marc.

We asked Jeff Scott if he feels any pressure.

“To be honest, I have a peace about it. I think being at Clemson and being on the stage that we were on there. We never really felt pressure there either. It really is about the things that you can control," Scott said.

Scott has a lot of work to do.

USF is looking to rebuild after a disappointing 2019 campaign. The Bulls finished the season with a 4-8 record and fired head coach Charlie Strong earlier this month.

He'll look to rejuvenate a USF offense that managed just 20.8 points per game last season, not even in the top 100 for qualifying schools.

To begin, he has to hire his assistant coaches and begin recruiting with a focus on all the great players here in Tampa Bay.

Scott will coach Clemson through the College Football Playoffs.