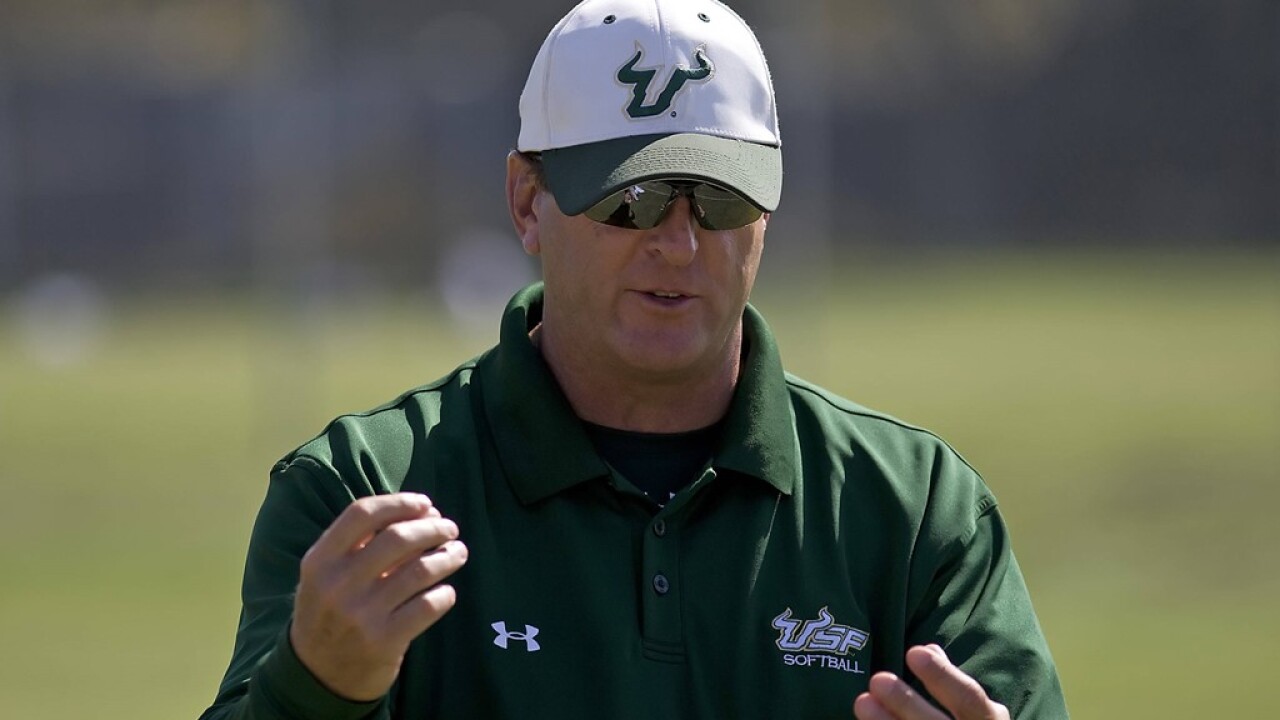 TAMPA, Fla. — USF Softball head coach Ken Eriksen has been selected as the head coach of USA Softball in the 2020 Tokyo Olympics, when the sport returns to the Olympic stage for the first time since 2008.

Eriksen has long since been coach of the Women's National Team. He began coaching within the USA Sofftball WNT program in 2002, and took over as head coach in 2011. He also served as assistant coach for the 2004 U.S. Olympic Softball Team.

We are so unbelievably proud to announce that our head coach, Ken Eriksen has been officially selected to guide @USASoftball to the 2020 Tokyo Olympics as softball returns to the Olympic Games for the first time since 2008!

"Ken Eriksen has a proven track record in not only leading our Women's National Team program to the top of the podium, but also maintaining that success and developing world-class athletes," said USA Softball Chief Executive Officer (CEO), Craig Cress. "His accolades speak volumes and in the 11 years that softball has been off the Olympic program, he has been a constant for our Women's National Team. He has built upon the legacy established before him, and we are confident that he will guide the team to the Gold in 2020."

"First of all, I am humbled by the fact that I am able to follow in the footsteps of two of my mentors in fast pitch softball, Ralph Raymond and Mike Candrea, the last two coaches to lead Team USA in the Olympics," said Eriksen. "Coach Raymond and I had shared a few dinners and talked the game many times over the last 25 years. I will miss him tremendously. Coach Candrea's philosophy has been one for the ages. He always puts the 'game' above everything. It's all about the 'game' and how you approach it with people that fit your approach as a coach. His simplicity and his athlete-centered approach has lent itself well to Team USA even after he retired from the National Team."

Softball is returning to the Olympics in 2020, as it was taken off the Olympic program following the 2008 games in Beijing.