Charlie Strong out as USF football coach after 3 seasons 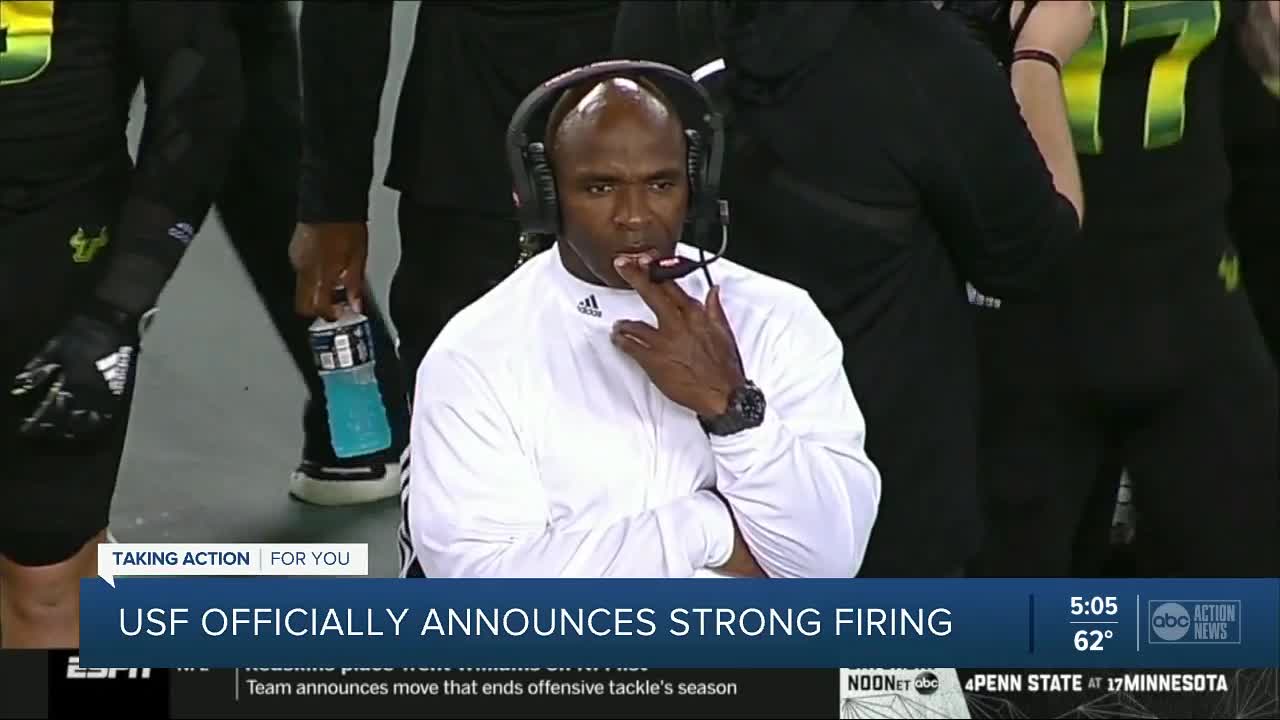 USF officially announced that Charlie Strong is out as the University of South Florida's football coach. 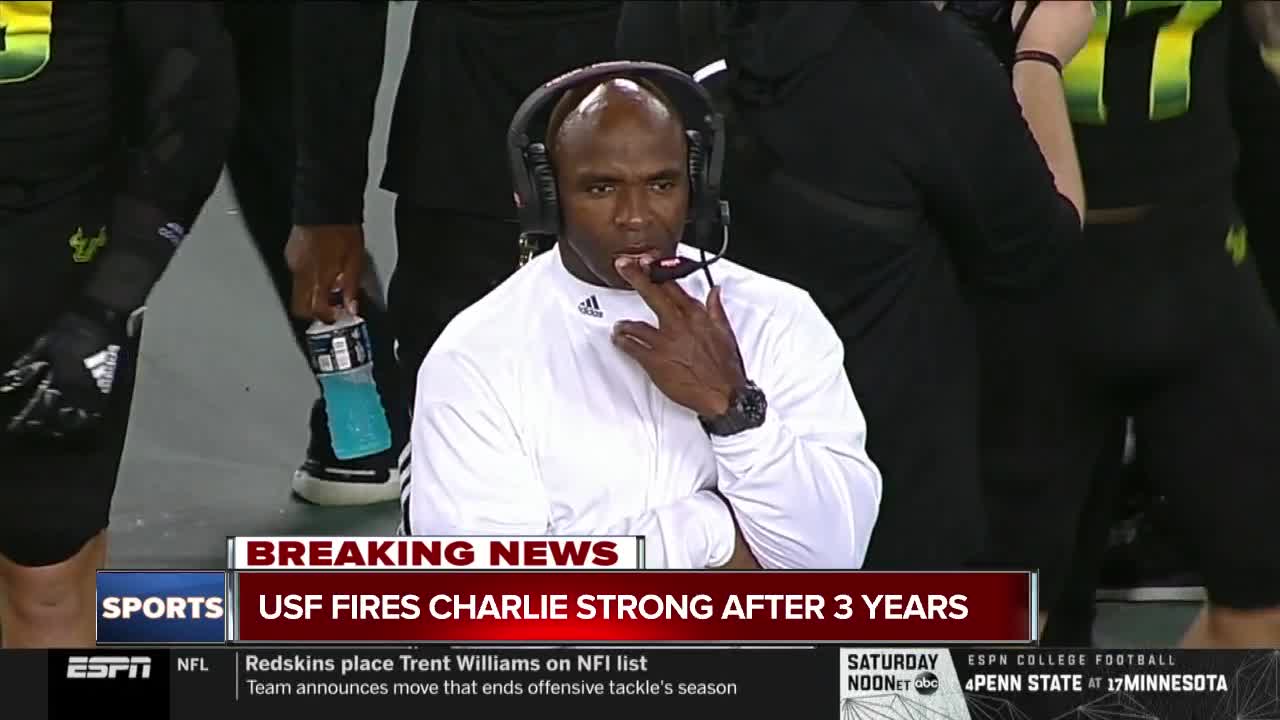 USF officially announced that Charlie Strong is out as the University of South Florida's football coach.

BREAKING: Staff members at USF being informed Charlie Strong is out, per source.

The move comes just two days after the Bulls got blown out by in-state rival UCF for the second year in a row.

USF finished the season 4-8, two wins short of bowl eligibility. This marks the first time since 2014 that the Bulls did not reach the 6 win threshhold to qualify for a bowl game.

Prior to his job at USF, Strong was the head coach at the University of Texas.

I would like to thank Coach Strong and his staff for their hard work and contributions to our program,” Kelly said. “I have tremendous respect for Coach Strong and his dedication to recruiting and developing young men of talent and character and leading them with integrity. He has represented USF with dignity and class and we wish Coach and his family the very best.