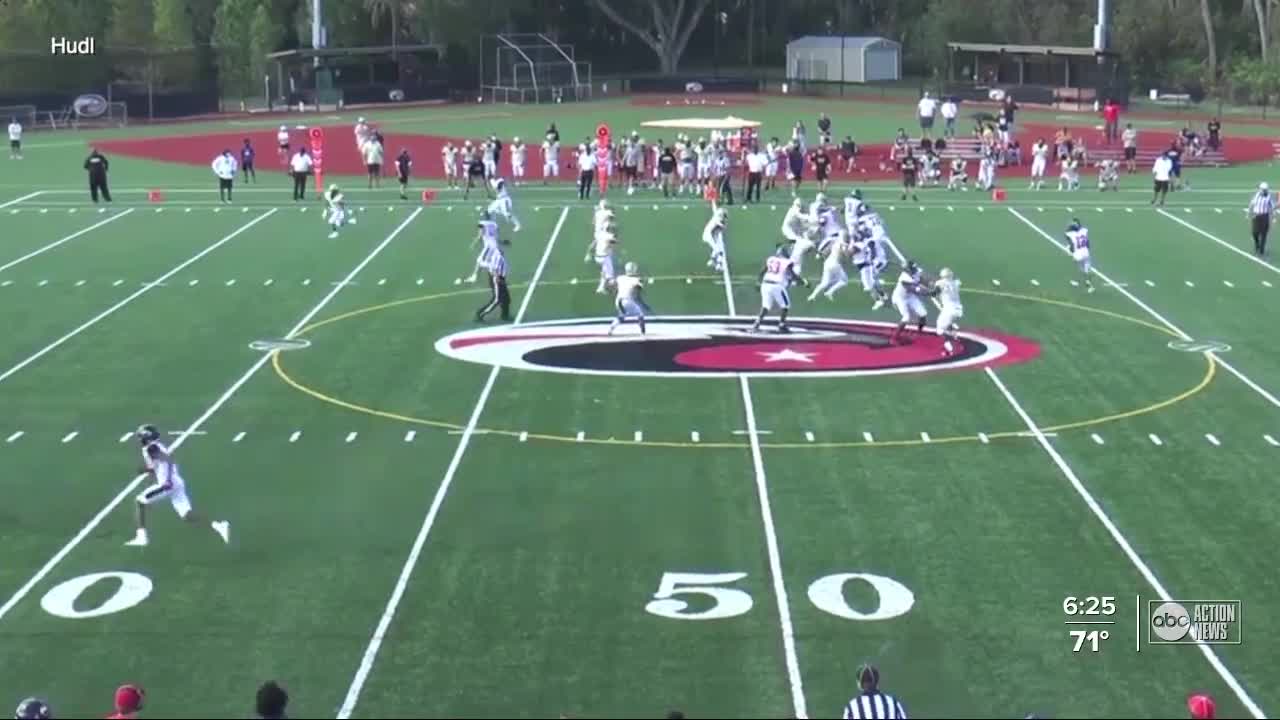 Carrollwood Day was forced to play short-handed due to COVID-19 issues in last week's 2A Regional Quarterfinal win. The Patriots are preparing to be without those eight players again this week. 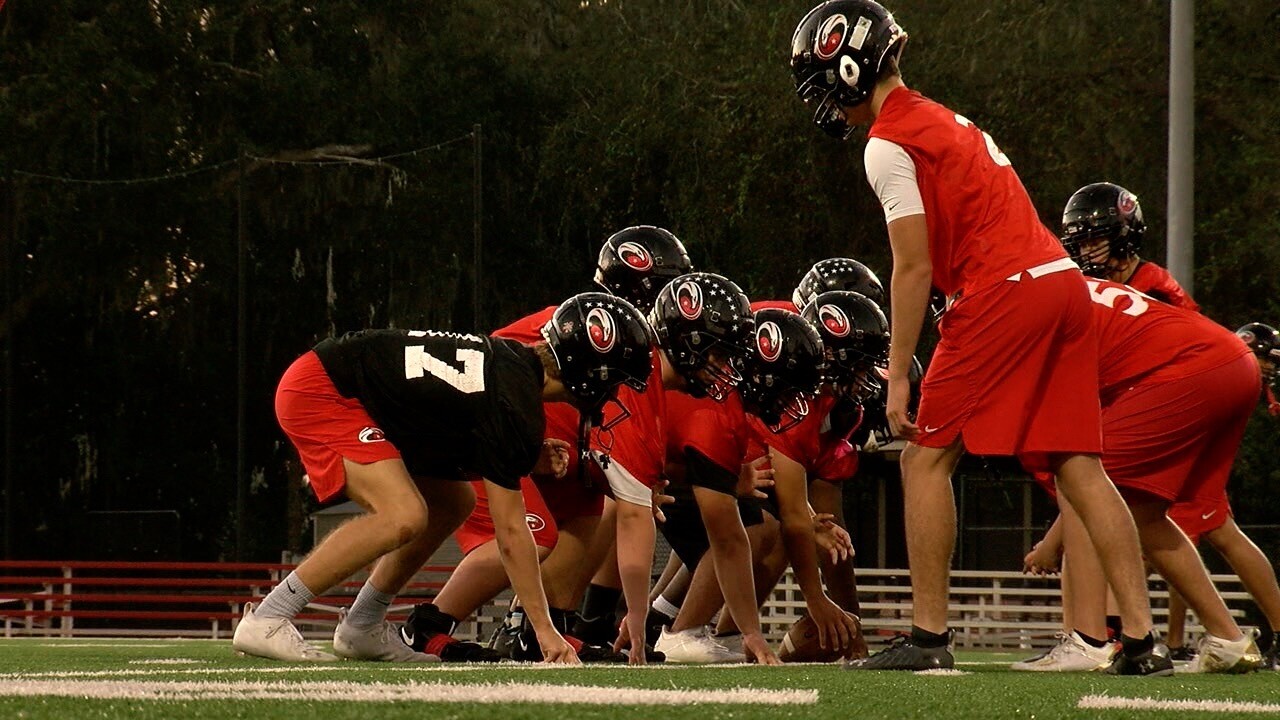 TAMPA, Fla. — The Carrollwood Day School football team was forced to play short-handed last Saturday and likely will again this week because of COVID-19 issues.

“It did come as a surprise, a shock,” head coach Mark Jones said. “We had to be ready to adjust.”

Eight players, all starters on both sides of the ball were sidelined just days before the Class 2A Regional Quarterfinal against St. Petersburg Catholic.

“The majority of the line and defensive line, the starting d-line, except one,” freshman quarterback Greg Smith ran down the list of missing players.

You can add the Patriots starting quarterback to the list as out for COVID-19 contact tracing, a protocol set by the school. With the starters out, in came the back-ups.

“Really all that changed was the mindset of the younger guys,” freshman running back Anthony Carrie said. “I was just getting everyone that is young in the mindset that we have to be ready. That we have to step up because we have a lot of older guys gone which would be a young group leading. Which also will show us what we will look like next year without those guys.”

Smith made his first career start at quarterback in the game.

“Once I found out he was starting, I already know what’s going to happen,” Carrie said.

“Greg is a baller. He was waiting for that opportunity,” Coach Jones said. “He had a great week in practice, let’s simplify and make it to what he can do better.”

“Just keep calm and play my game like I always play,” Smith added.

Coach Jones is still uncertain if his players will be out of quarantine in time for this Friday’s Regional Semifinal against the Mike Alstott-coached Northside Christian team.

“I’m planning on not having them this week,” Jones said. “The guys like that because it takes the guessing out of it. If they’re back great, if not we’re going to keep on playing, keep winning. When they do come back we’re still playing football.”

This Friday’s game kicks off at 7:30 p.m. at Northside Christian.