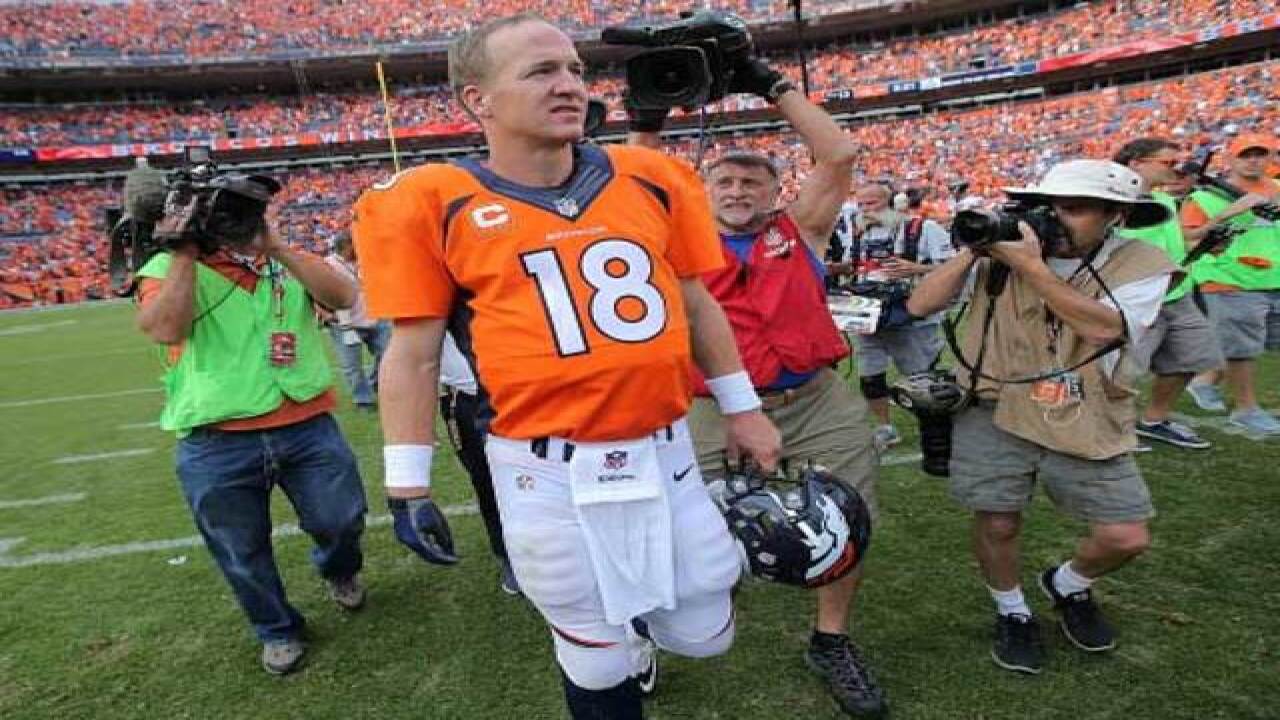 A woman dying from breast cancer who decided to write letters to the people in her life who meant something to her ended up at the Broncos game Sunday as a guest of Broncos quarterback Peyton Manning.

Brown said Kari has tucked most of the letters away in her home, but she mailed one -- to Manning.

"I have followed Peyton Manning forever, especially being an Indiana girl," Kari said. "I just thought, 'Well, shoot. I'm going to write him a letter and tell him how much he inspires me, not just because he's a football player, but for what he does off the field.

"It was very personal. It was very heartfelt and I never thought anything of it other than I wrote it and sent it," she said. "I didn't even know he would get it."

He did. And he called Kari.

"I kind of stammered and stuttered around," Kari told her friend. "And then I said, 'Are you kidding me?'"

Kari ended up in Denver last weekend, watching the Broncos players get their team photos taken on Saturday, took a tour of the facility and went to the Sunday game.

And she met Manning.

"He walked right over after he got his picture taken," Kari said. "It was so sweet because he shakes my hand and says, 'I'm Peyton Manning.' It was cute. It was kind of like, 'I know who you are, Peyton.' "

Benbow wrote a column in her newspaper to thank Manning.

She said, "You spent 10 minutes with Kari and her husband of 12 years, Ed (who, in a tragic twist, lost his first wife to breast cancer). You talked to her. You took her mind off of cancer, just for a bit."

Benbow admitted she didn't love Manning before, even when he won a Super Bowl in Indianapolis.

"But I want to tell you something," Benbow wrote in the newspaper. "I do love you now. I love you for what you did for my childhood friend from Greenfield, Ind., who is dying of breast cancer."

Kari has found tumors all over her spine, one touching her spinal cord. She's had 52 radiation treatments. She goes for more every three weeks.

Kari said Manning hugged her and quietly said, "Keep fighting, Kari. I'll be praying for you."

Read Benbow's entire letter to Manning in the Indianapolis Star.