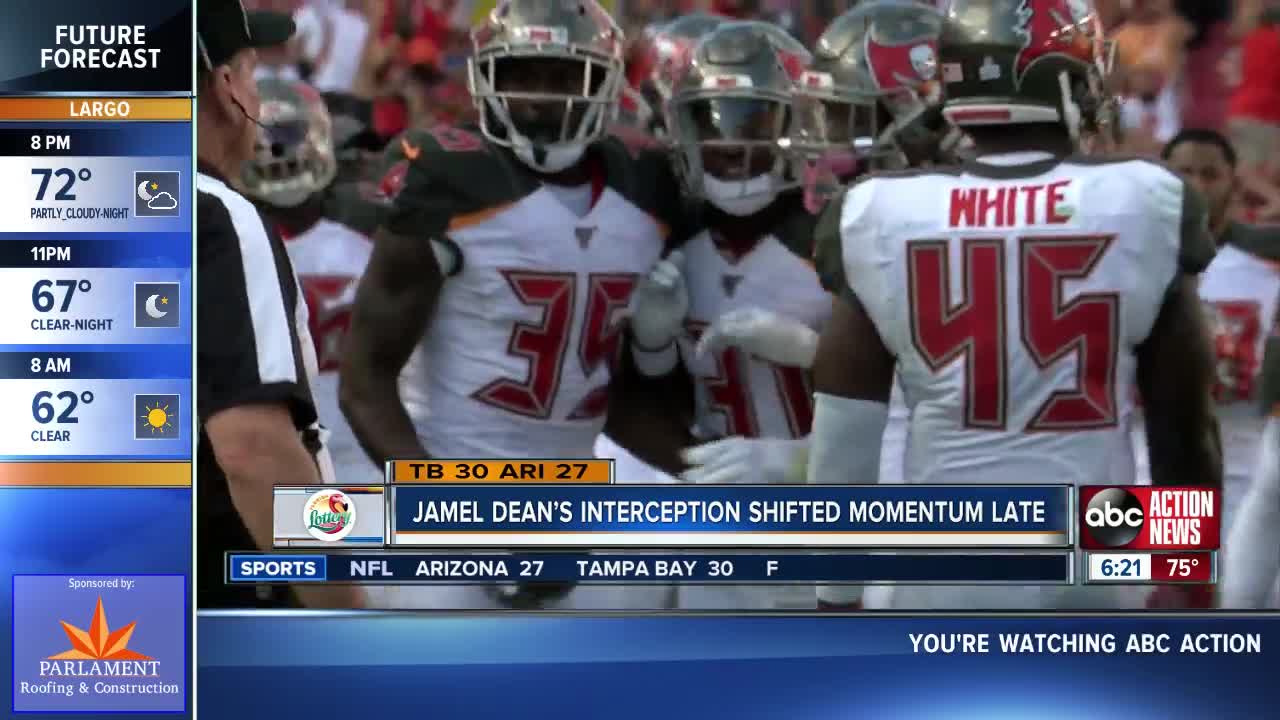 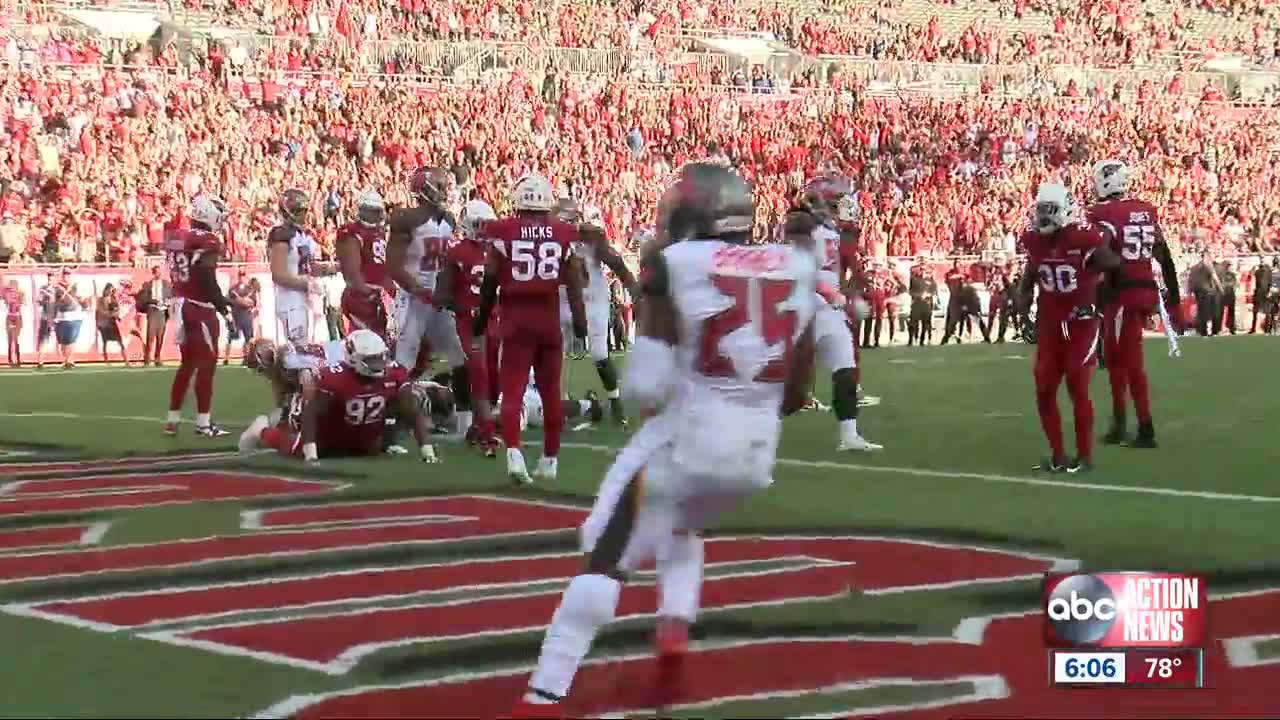 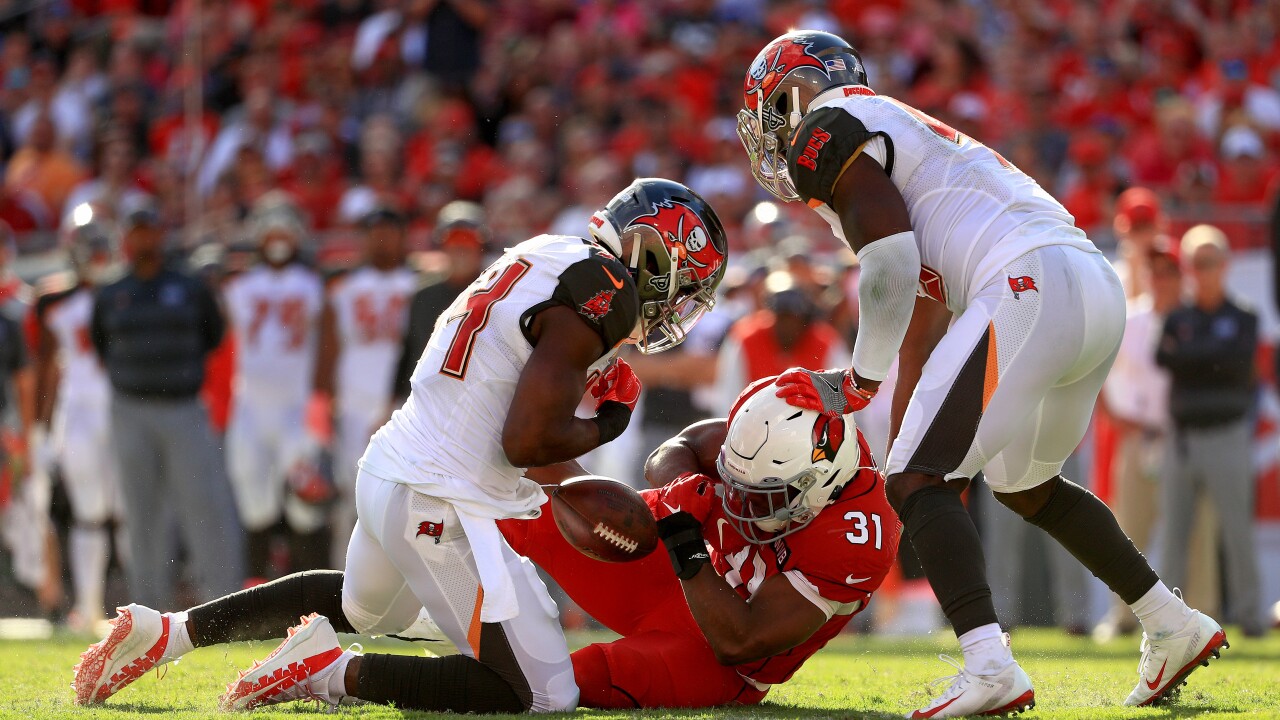 Murray's NFL rookie record streak of 211 consecutive pass attempts without an interception ended in the fourth quarter and led to Tampa Bay's final touchdown in the Buccaneers' 30-27 win over the Cardinals on Sunday.

"He's done an unbelievable job of putting us in position to win week-in and week-out," Cardinals star receiver Larry Fitzgerald said "There's going to be times where mistakes happen. Aaron Rodgers, Tom Brady, all the great ones, it happens. But we learn from them and move forward."

With Arizona at the Bucs 15 and leading 27-23, Murray's second-down pass intended for Trent Sherfield was intercepted by Jamel Dean with 3:47 left. Peyton Barber later scored on a 1-yard run to finish a 92-yard, game-winning drive for the Bucs (3-6).

"I shouldn't have thrown it knowing we've got a field goal to make the game seven points," Murray said. "Honestly when I threw there's no way I thought he was going to pick the ball off."

Murray threw for 324 yards and three TDs to Christian Kirk. He also had a team-high 38 yards rushing on three carries, including a 32-yard scamper that began a nine-play, 96-yard drive late in the second quarter.

"He's just maturing as a player," Arizona coach Kliff Kingsbury said. "Continues to try and get better. He works really hard at it. We have to keep him in that direction."

Arizona also hurt its chances by losing a fumble for the first time all season and a huge second-half drop by tight end Maxx Williams that cost the Cardinals a sure touchdown early in the third quarter.

Kingsbury said Williams lost the ball in the sun.

Arizona had 11 penalties, including an offside call on a fourth-quarter Tampa Bay missed field-goal attempt. That turned into a Matt Gay 41-yarder that put the Buccaneers up 23-20.

"That's what separates the really good teams from the average teams," Kingsbury said. "We had a bunch of those mistakes. Things keep showing up. We've got to do better as a team because the effort is outstanding but we're hurting ourselves."