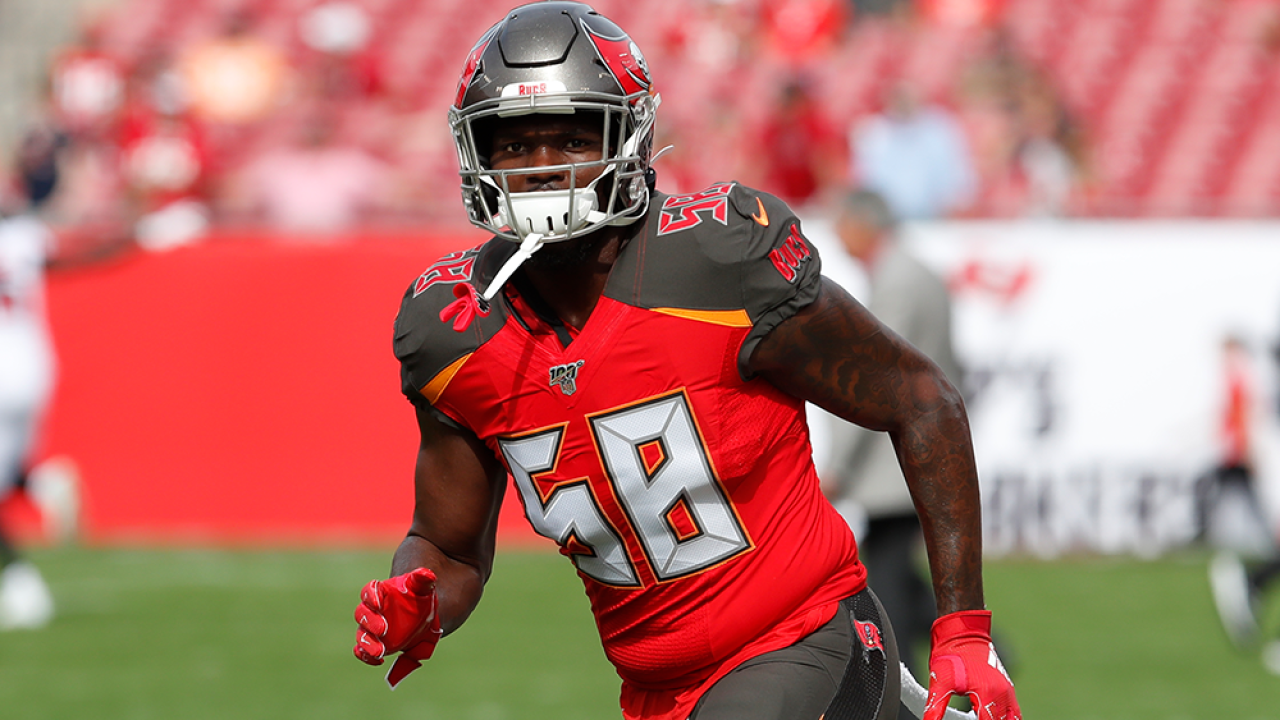 TAMPA, Fla. -- Pro Bowl pass rusher Shaquil Barrett is telling the Tampa Bay Buccaneers he will sign the franchise tag, according to reports.

But according to a report from ESPN's Adam Schefter, it's going to come with a catch. Barrett has filed a grievance with the player's association to have him listed as a defensive end, not a linebacker, Schefter reports.

The difference in position could make a difference of about $2 million for his 2020 salary, according to Schefter.

Neither Schefter nor the team released the specifics on how much the 27-year-old will make in the 2020 season. Tampa Bay placed a franchise tag on Barrett in March and both sides had tried to negotiate a long-term deal before Barrett ultimately decided to accept the franchise tender on Friday.

The former Colorado State Ram is coming off a breakout 2019 season. Barrett finished his first season with the Bucs with 58 tackles, 19 tackles for loss, an interception, six forced fumbles and 19.5 sacks.