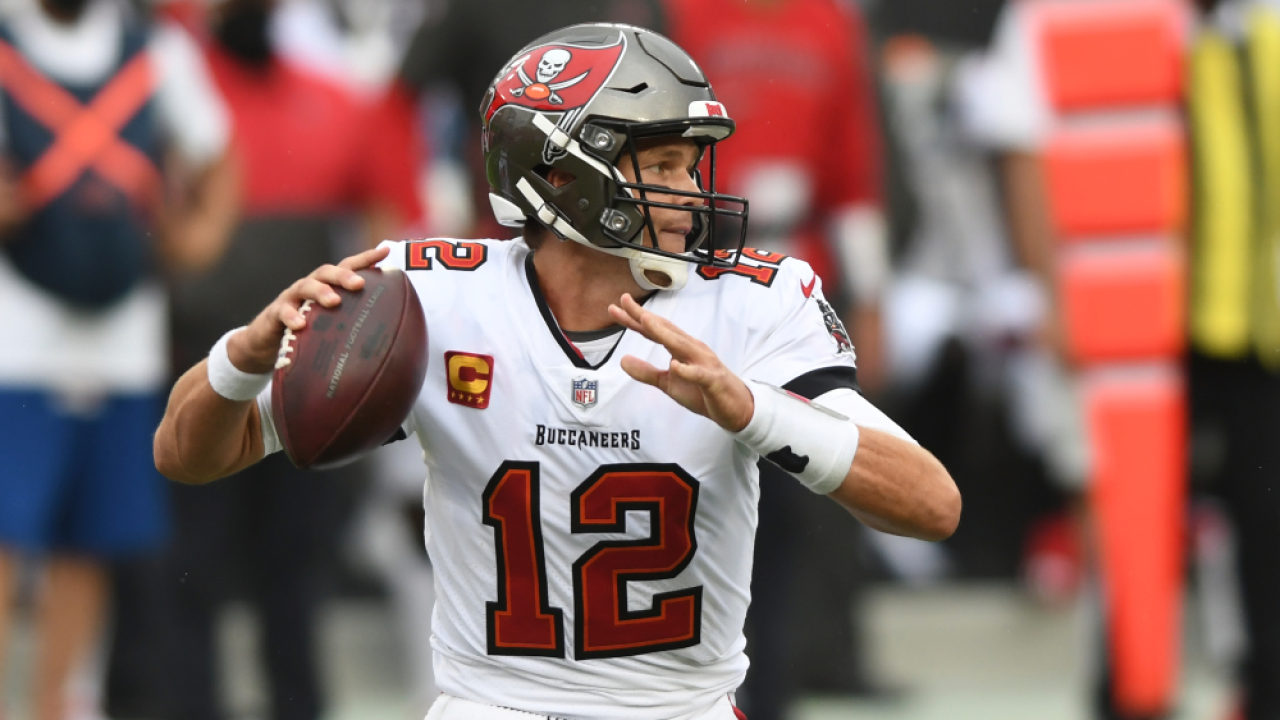 (Copyright 2020 The Associated Press. All rights reserved. This material may not be published, broadcast, rewritten or redistributed.)
AP Photo/Jason Behnken
Tampa Bay Buccaneers quarterback Tom Brady (12) during the first half of an NFL football game against the Los Angeles Chargers Sunday, Oct. 4, 2020, in Tampa, Fla.

The Tampa Bay Buccaneers are coming off their two best games of the season, winning each by at least 25 points. The team looks to keep things rolling Monday night in a primetime showdown with the New York Giants.

The 5-2 Bucs seem to be firing on all cylinders, while the 1-6 Giants have struggled, despite being in some close games.

Tampa Bay scored 38 and 45 points respectively in its last two games. And while Tom Brady and the offense are rocking, the defense has been equally dangerous for opposing teams.

The Bucs defense is ranked third overall, is the NFL's best against the rush and is second in total sacks with 25. Those numbers don't bode well for a Giants team that has only scored more than 21 points in one game this year. Offensively, the Giants have struggled, ranking 31st in both yards and points scored

However, Giants coach Joe Judge has a little history with Bucs QB Tom Brady. The two shared three Super Bowl wins when Judge was a coach in New England.

Tampa Bay will once again be without star wide receiver Chris Godwin, but to be fair, the Giants are also without their best offensive weapon, RB Saquon Barkley, who is out for the season.

This week also marks the final game in wide receiver Antonio Brown's suspension, meaning he will be eligible to play for the Bucs next week.

Monday Night Football kicks off at MetLife Stadium at 8:15 p.m. with no fans in attendance.