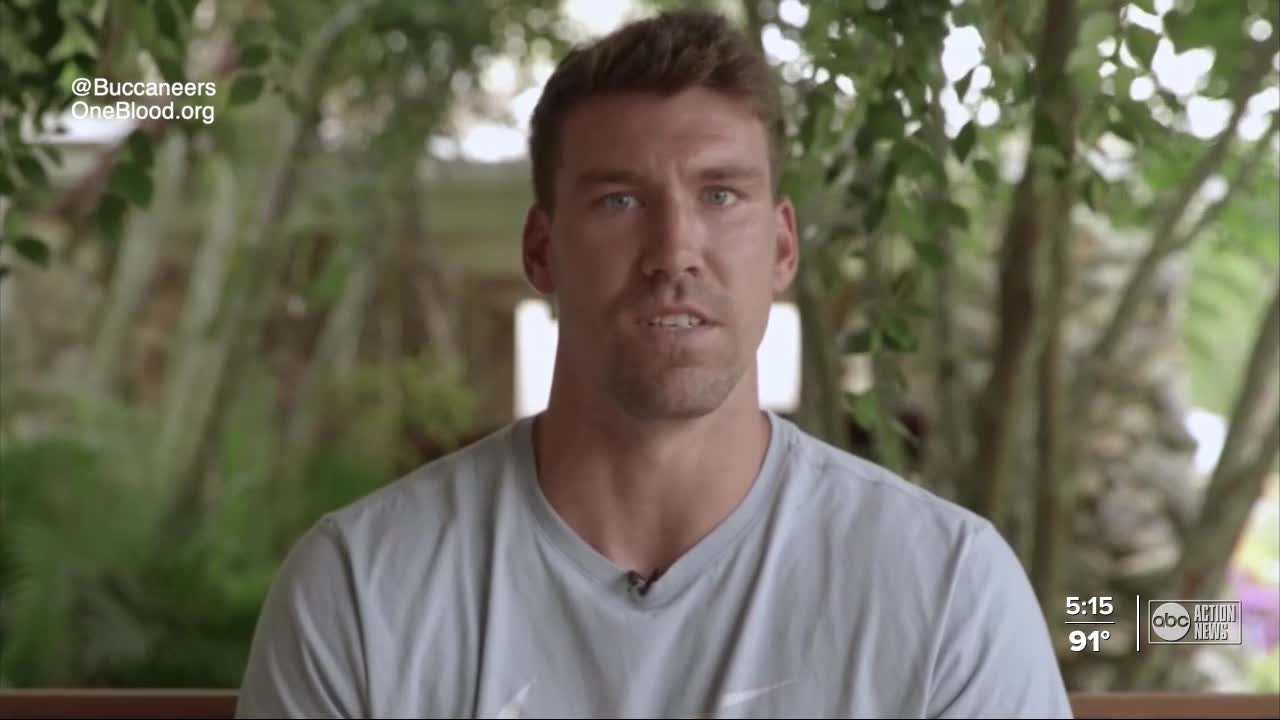 In a video shared on social media on Wednesday, Brate says his next step is to donate his plasma and is encouraging the public to do the same. 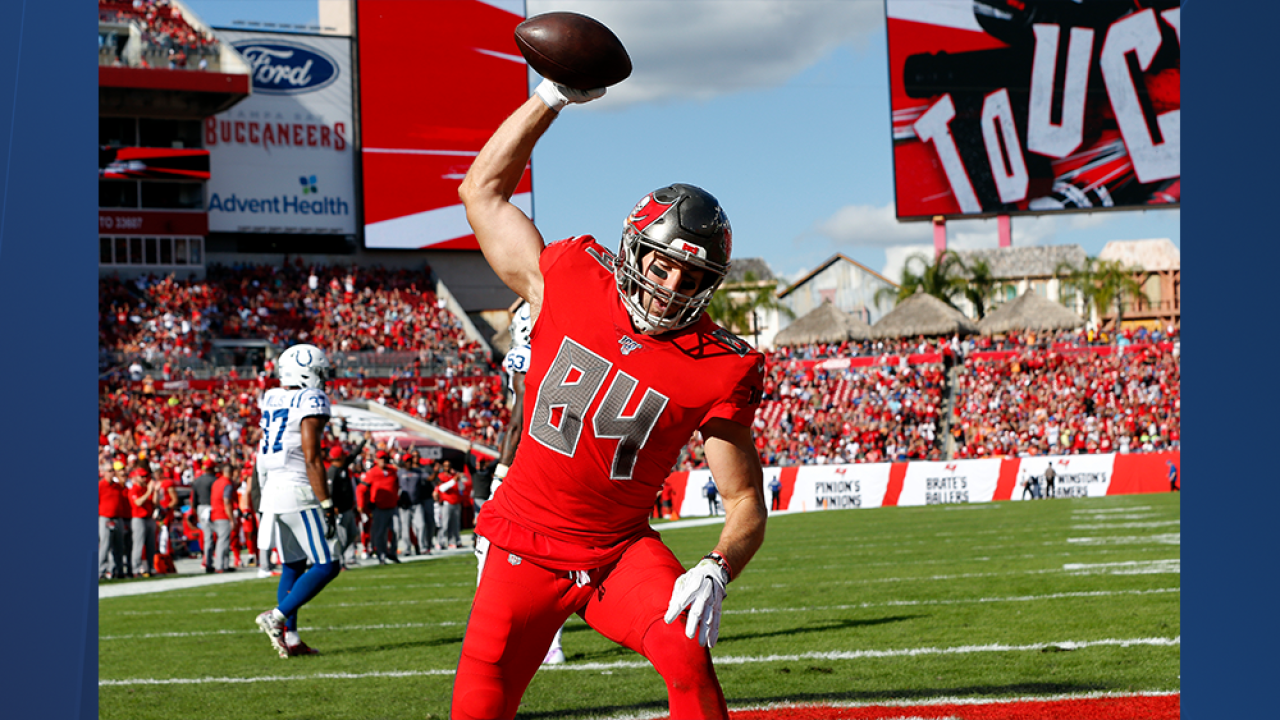 TAMPA, Fla. -- Tampa Bay Buccaneers tight end Cameron Brate says he's recovered from coronavirus. He didn't give a specific date on when he tested positive, but he said it was after his fiancé tested positive.

Brate took part in several of the Tom Brady-led unofficial workouts at Berkeley Prep, but he's confident he wasn't putting any of his teammates in danger.

"As soon as my fiancé Brooke started showing symptoms, we both kinda shut it down at that point. And didn’t really go outside the house," Brate said Thursday via video chat. "For me, I got infected after that. So luckily, I wasn’t in close contact with anyone while I was contagious."

Now, the couple is teaming up with the Bucs and OneBlood.org to help COVID research efforts.

In a video shared on social media on Wednesday, Brate says his next step is to donate his plasma and is encouraging the public to do the same.

"We just thought it was a great opportunity to kinda spread that message. It’s something that Brooke and I are signed up to do, and we’re going to do as many times as they allow," Brate said.

The seventh-year pro said he's officially opted in for the 2020 season, but he said he understands and respects anyone's decision to opt out. Brate said he's "hopefully" and "optimistic" that there will be a full NFL schedule played this year.