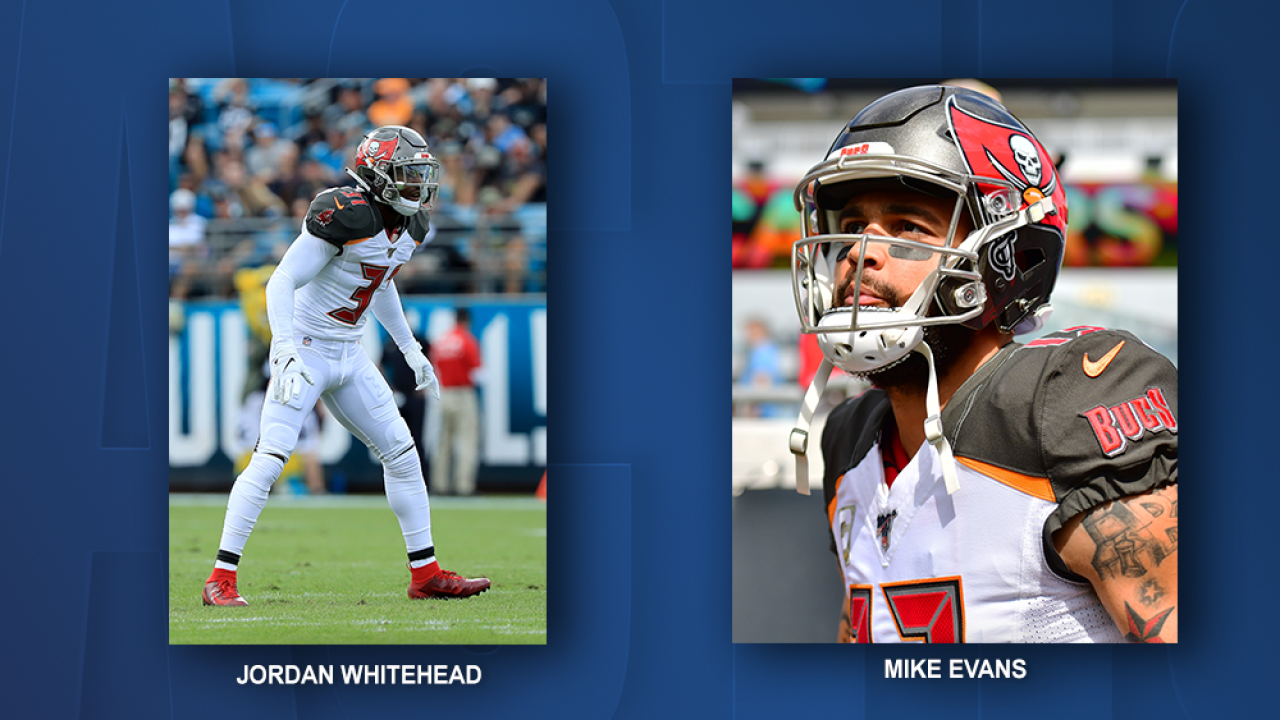 The Buccaneers placed both players on injured reserve Wednesday, when the team also announced that receiver Spencer Schnell was promoted from the practice squad to the active roster.

Evans was selected to the Pro Bowl for the third time this season, finishing with 67 receptions for 1,157 yards and eight touchdowns.

It was the sixth consecutive 1,000-yard season for Evans, who joined Hall of Famer Randy Moss as the only players in NFL history to begin a career with six straight seasons with 1,000-plus yards receiving.

Whitehead started the first 14 games this season and ranked third on the team in tackles and passes defensed. The second-year pro also had one interception.

Schnell entered the NFL as an undrafted college free agent this year and appeared in four preseason games with the Bucs.

Defensive back Herb Miller was signed to fill an opening on the practice squad.