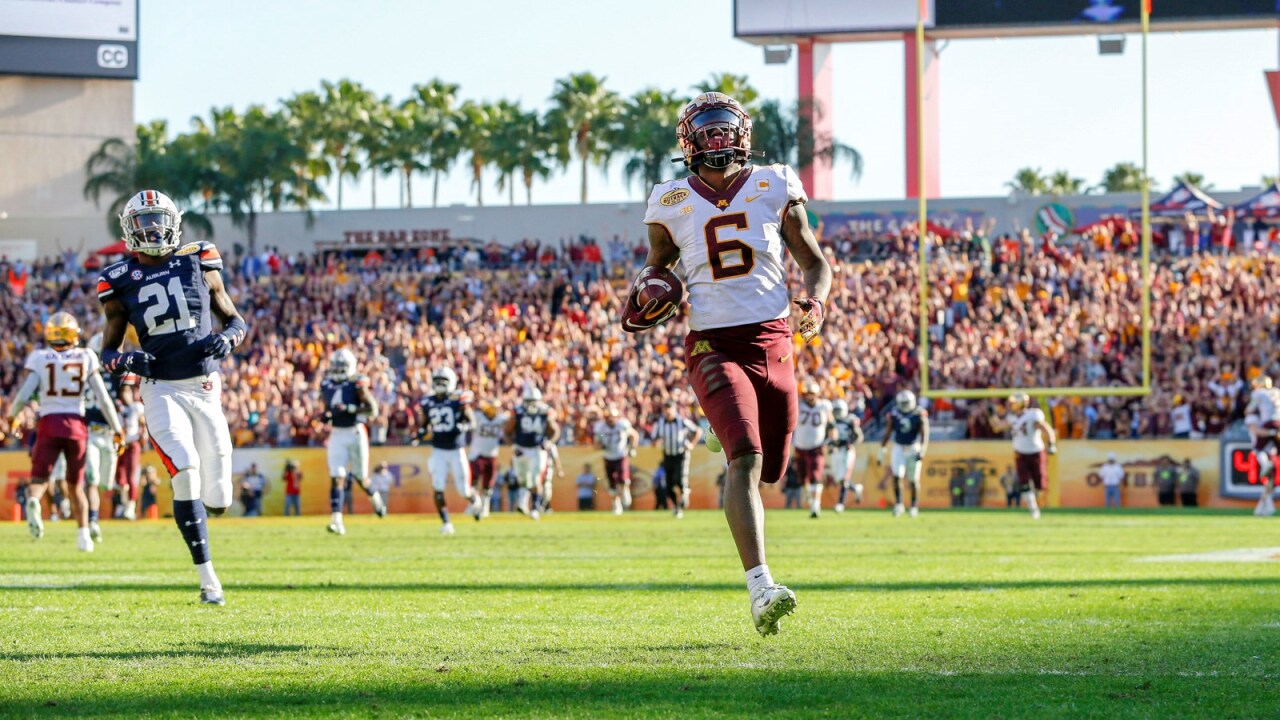 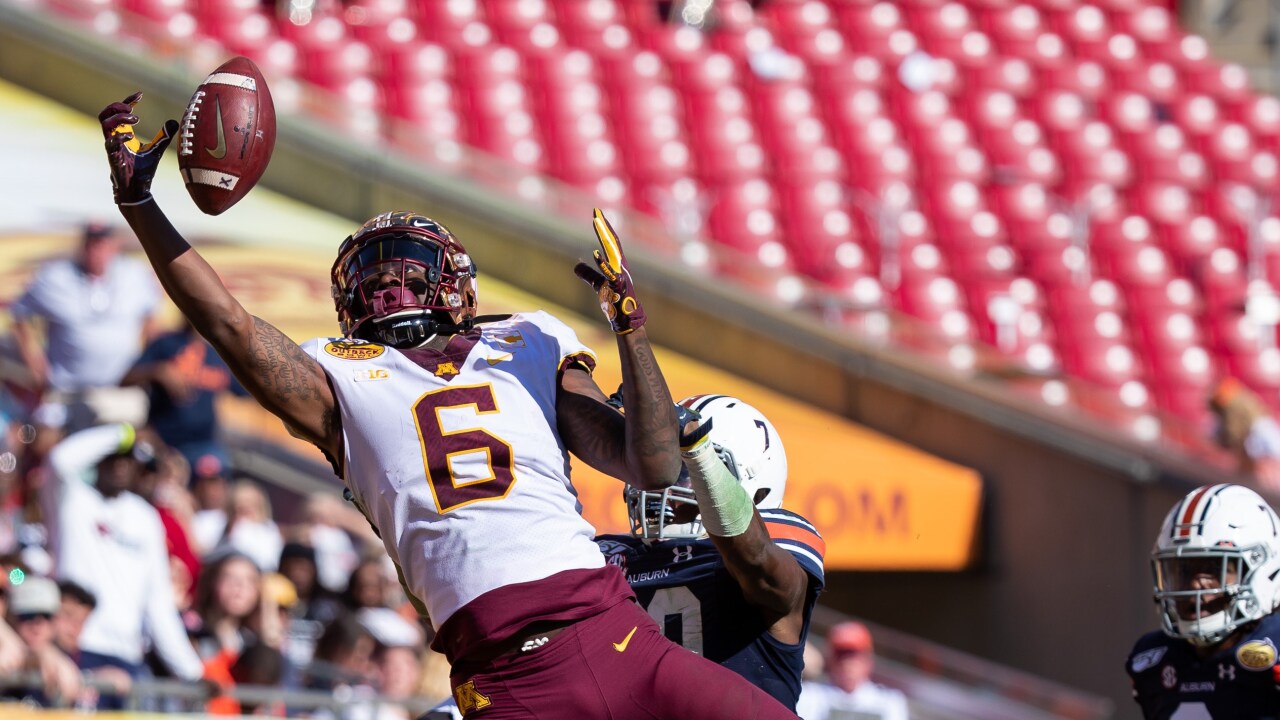 TAMPA, Fla. — Buccaneers quarterback Tom Brady has another weapon to use on offense.

Tampa Bay picked Minnesota receiver Tyler Johnson in the fifth round of the NFL Draft.

Johnson holds 22 school records for the Gophers, including career touchdowns (33) and career receiving yards (3,305). He's also reunited with Minnesota teammate safety Antoine Winfield, Jr. The Bucs drafted him in the second round.

Johnson said he's excited to play alongside Brady and Winfield, but he's also ready to get to work.

"It’s going to be amazing. It’s a very surreal moment," Johnson said, via video chat. "I saw [Antoine Winfield Jr.] get picked up yesterday and got a chance to call him, talk to him and congratulate him. We all know that right now it’s back to business. We celebrate and we take these moments in, but the next day on, we move forward."

The Bucs traded for tight end Rob Gronkowski prior to the draft. He joins tight ends Cameron Brate and OJ Howard, along with receivers Chris Godwin and Mike Evans.