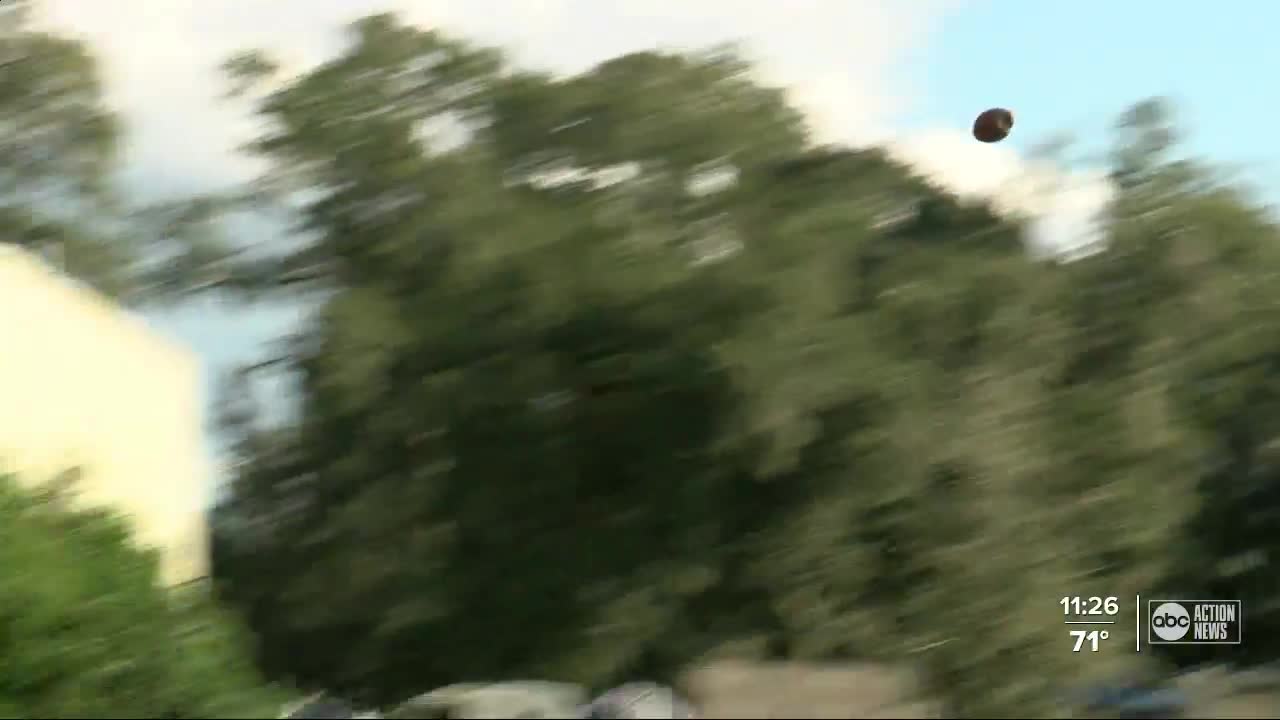 The rules might be different, but the excitement surrounding six-man football is just as big as its 11-on-11 counterpart. 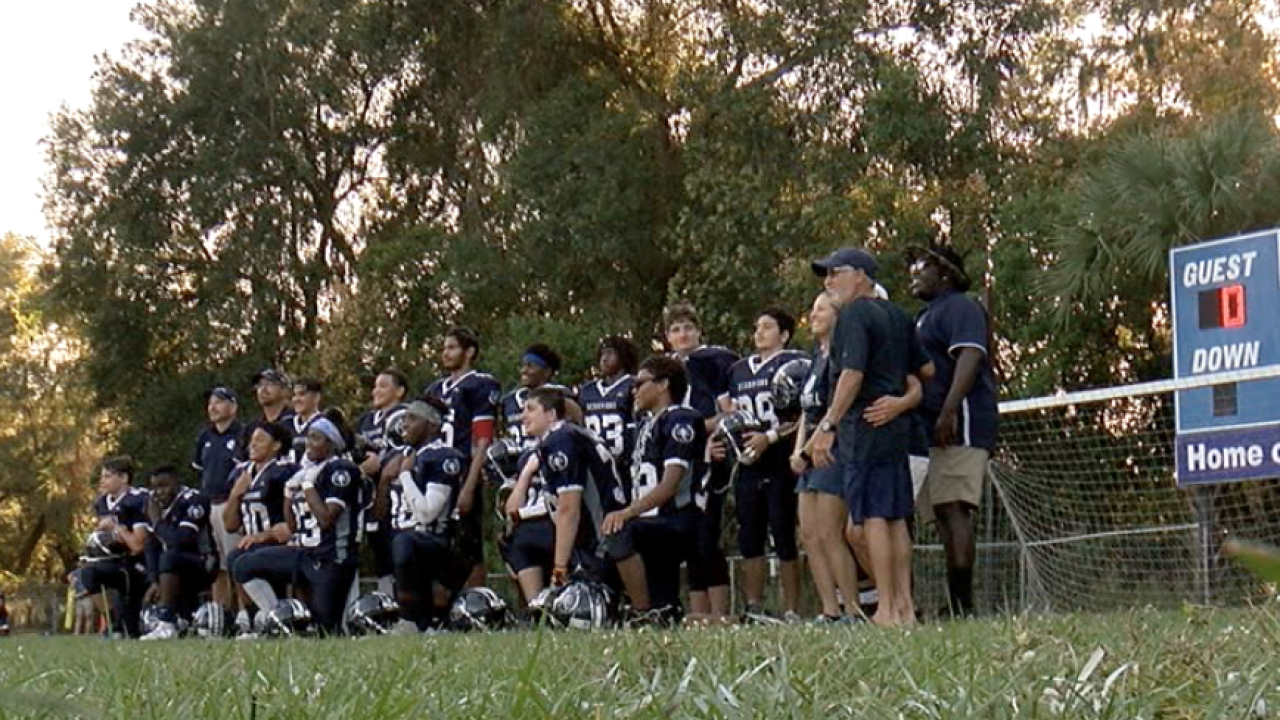 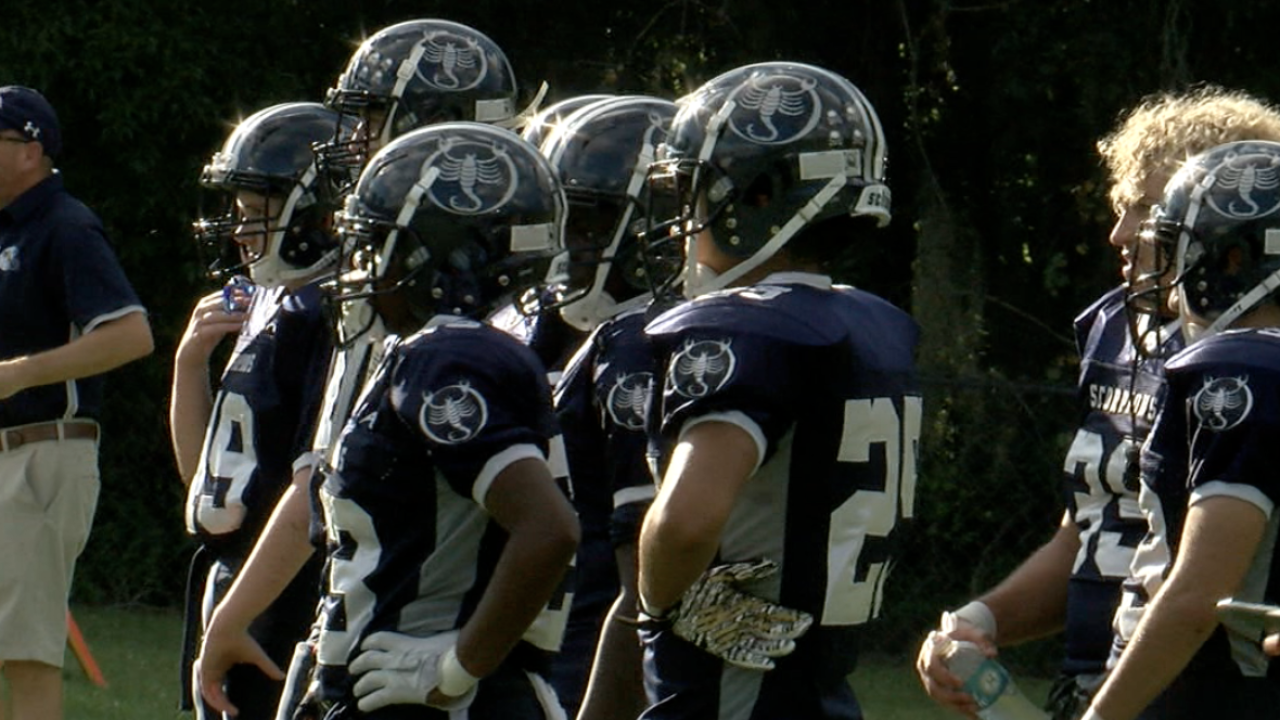 BRANDON, Fla. — The rules are a little different for six-player football.

The field dimensions are 80 yards by 40 yards (standard size is 100 x 53 1/3). Every player on the field is an eligible receiver. There are only three officials on the field. It's a fast-paced game built for excitement and high scores, and Brandon Academy is getting to try it out for the first time ever.

The Scorpions finished their inaugural regular season with a 64-0 win over Village View. Despite the pandemic and the fact that this was uncharted territory for the program, head coach Rob Rudolph said his players never wavered from their commitment to this season.

"The kids had plenty of opportunities to quit, because of a pandemic or whatever," Rudolph said, after Friday's win. "They never would quit. Like they told you, once the season started they were playing kids twice as big as themselves, and again they just never quit."

One of those players is freshman Avi Berkhall. She's the only girl on the roster, and she's enjoying every minute of her first season.

"It’s my first time ever playing football," she said. "Especially as a girl, it’s extremely fun having a family surrounding me, supporting me, and being able to play with such an amazing team."

Avi's older brothers Marquis and Marquez, are also on the roster. The two seniors say playing alongside their siblings has been a lot fun, and it's also been very interesting.

"A mistake we make doesn’t just die at the game. It continues at home. You hear it," Marquis joked.

Next up for Brandon Academy (6-1) is a date with Hope Christian (8-0) in the state playoffs. Kickoff is tentatively set for 7 p.m. in Starke.

The Scorpions aren't lacking in confidence just because it's their first season playing football.

"I think we have a very good group around us. I’m very confident in our abilities," Marquis said. "We face a lot of big people. Us being one of the smaller teams, we just knock ‘em down."

"I can’t wait to go on the field in the playoffs and do what we do best, and that’s win," he said.

"I can’t wait to go and win a state championship," she said.

State championship or not, Rudolph knows his team is made up of winners.

"They’re just an incredible group of young people, and if the future of our nation and everything relies on kids like this, we’re in great shape," he said.