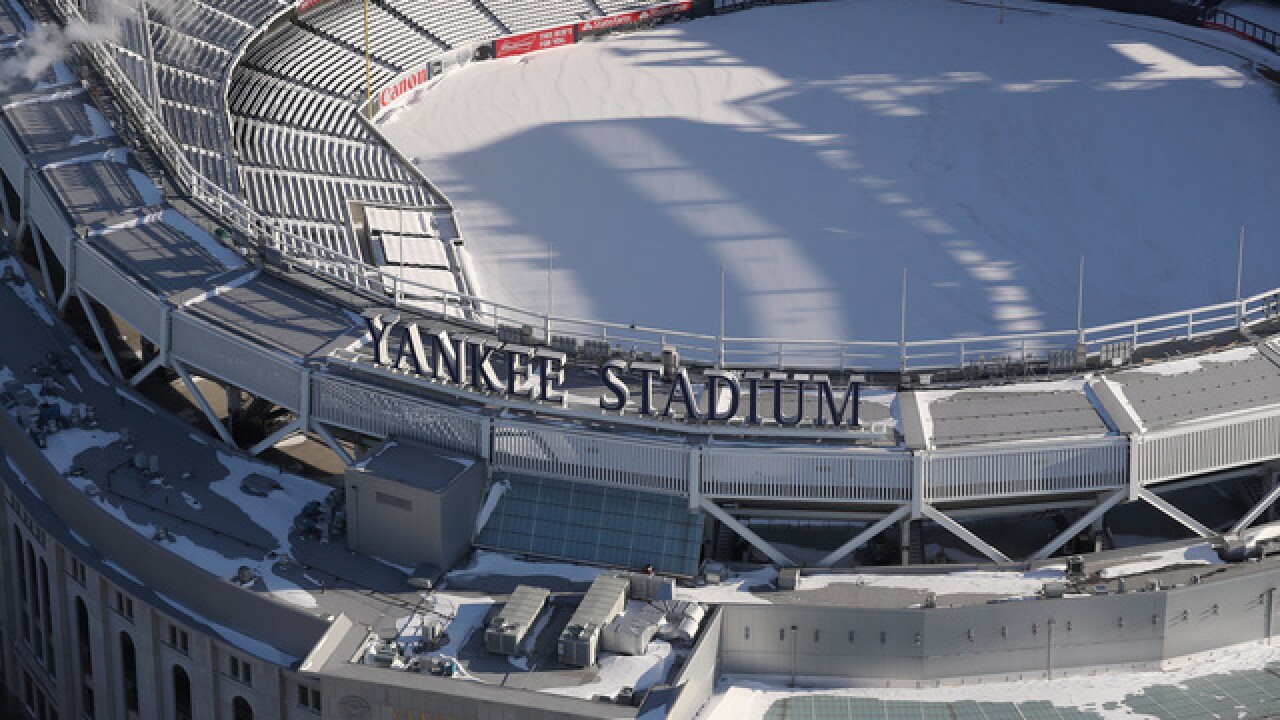 Copyright 2018 Scripps Media, Inc. All rights reserved. This material may not be published, broadcast, rewritten, or redistributed.
John Moore
<p>NEW YORK, NY - JANUARY 05: Yankee Stadium stands under a blanket of snow on January 5, 2018 in the Bronx Borough of New York City. Under frigid temperatures, New York City dug out from the "Bomb Cyclone." (Photo by John Moore/Getty Images)</p>

The New York Yankees home opener will have to wait at least one more day.

Monday's game against the Tampa Bay Rays in the Bronx has been postponed due to inclement weather.

The Rays were scheduled to play their first road game of the season Monday, but mother nature had other plans, as New York is being pounded with the worst April snowstorm it has seen in 15 years.

The game has been rescheduled for Tuesday at 4:05 p.m. Tuesday was originally an off day for the two teams.

The Rays began their season by winning one out of four games against Boston, while the Yankees split two games each with Toronto.