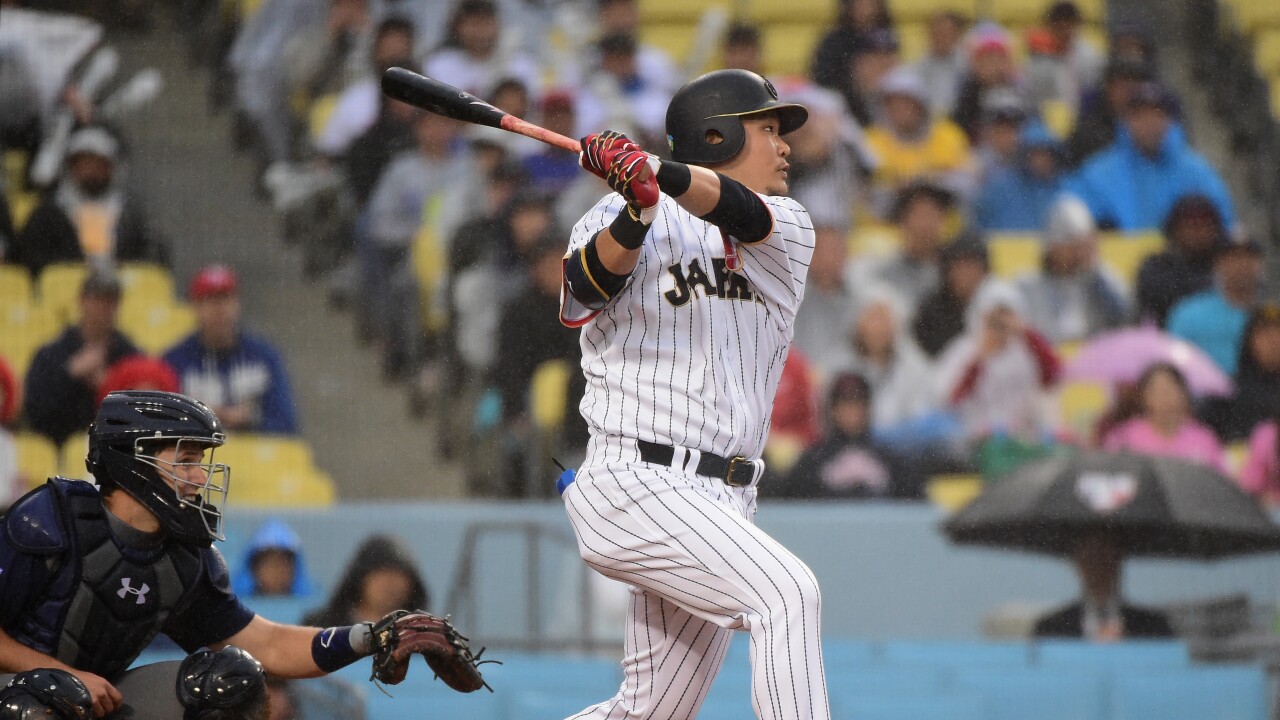 Harry How/Getty Images
LOS ANGELES, CA - MARCH 21: Yoshitomo Tsutsugoh #25 of team Japan bats against team United States in the first inning during Game 2 of the Championship Round of the 2017 World Baseball Classic at Dodger Stadium on March 21, 2017 in Los Angeles, California. (Photo by Harry How/Getty Images)

The Rays will also reportedly have to pay a posting fee of $2.4 million to his current Japanese team.

Tsutsugo hit .272 with 29 homers and 79 RBIs this year playing for Yokohama of Japan's Central League.

Tsutsugo has played a few different positions, including left field and first base.

Tampa Bay Times Beat Writer Marc Topkin reports that the Rays attended a workout in San Diego that Tsutsugo participated in during the winter meetings earlier this month.