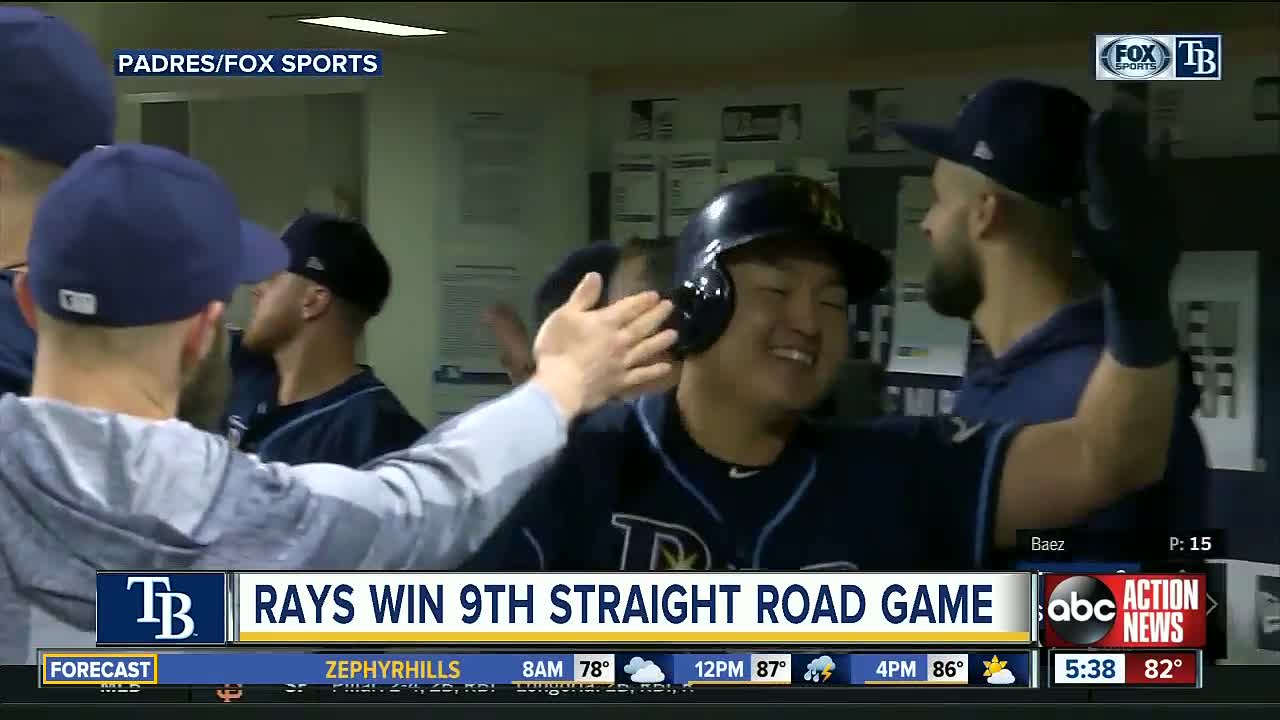 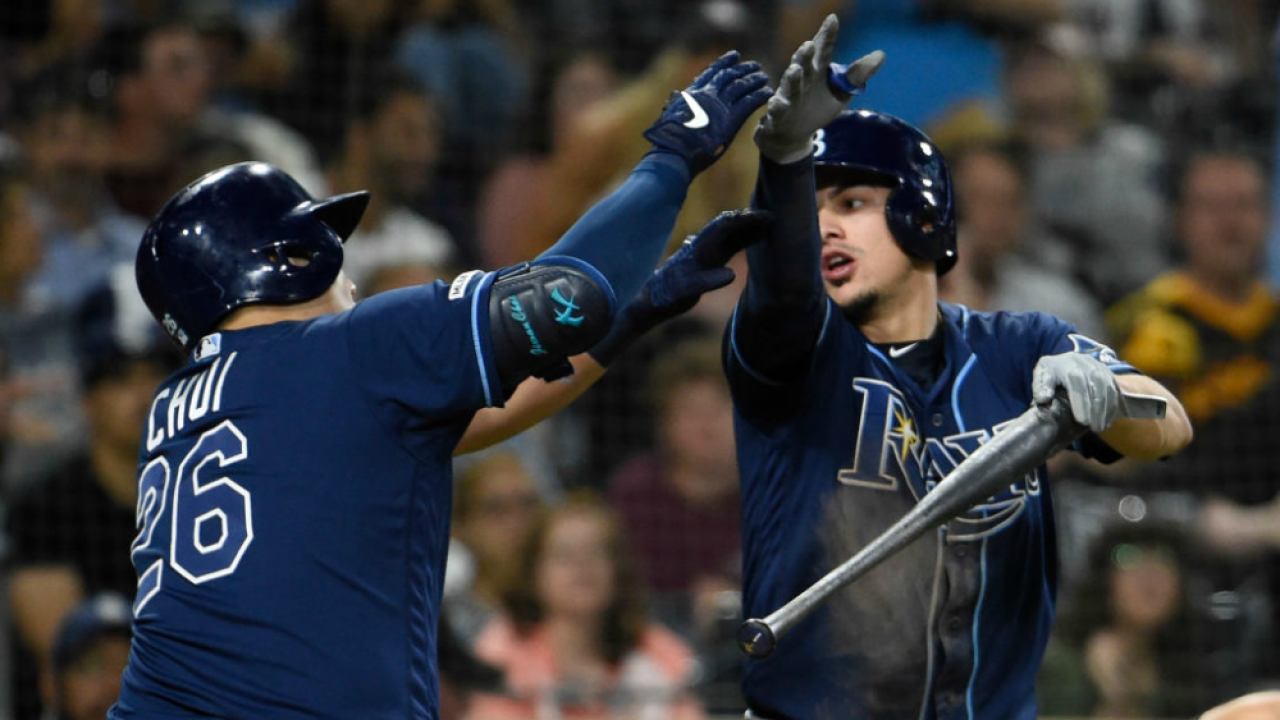 SAN DIEGO (AP) — Falling behind 4-1 in the first inning didn't matter to the Tampa Bay Rays.

The Rays, who hold the AL's second wild-card spot, have won nine straight on the road, a new franchise record, and 12 of 14 overall. They've also won nine straight against the Padres and all four they've played in San Diego.

"The offense really kept their heads about themselves," manager Kevin Cash said. "We certainly have shown here as of late we're capable of making some adjustments and putting some runs on the board. Just a really encouraging game by everyone involved."

Padres rookie phenom Fernando Tatis Jr. left with a lower back spasm after striking out in the sixth.

"He's just got some soreness back there. We won't start him tomorrow," manager Andy Green said. "That gives him two days off. We'll see how he is after the off day. Hopefully it's nothing more than that. Over the course of 162 you just get a little sore and stiff, and we'll find out here in the next day or so how he feels. Hopefully that's all it is."

"He's been checked out by the doctors. Nobody thinks it's overly severe at this point in time, but they'll wait until he wakes up in the morning, find out how he feels. Sometimes with backs you just don't know. He's obviously been a huge part of everything we've done this year, so we're hoping for the best."

The Padres had a bullpen meltdown for the second straight night that included Craig Stammen committing an error in the sixth on what should have been a routine throw home, and then rookie Michel Baez (0-1) allowing Choi's 11th homer in the seventh.

The Rays tied it at 4 against Stammen. Willy Adames hit a leadoff double, advanced on Eric Sogard's groundout and scored when Stammen fielded pinch-hitter Kevin Kiermaier's comebacker and threw it away trying to get Adames at home.

Baez walked Matt Duffy with one out in the seventh and retired pinch-hitter Michael Brosseau but then Choi drove a 2-0 pitch several rows into the seats in right-center. Adames singled and Eric Sogard doubled him in.

Choi had two doubles as well as the homer.

"Really, really impressive what he did, driving the ball all over the ballpark and then hitting the big home run," Cash said.

Nick Anderson (2-0) pitched the sixth for the victory. Emilio Pagan got the final four outs — all by strikeout — for his 13th save.

Meadows homered with one out in the first off left-hander Eric Lauer, his 20th.

The Padres jumped on rookie Brendan McKay for four runs in the bottom of the inning, including Eric Hosmer's RBI double and Luis Urias' three-run double two batters later. McKay allowed three walks in the first, matching the number he'd allowed in his previous six starts.

Although McKay didn't allow any more runs, he did give up three more walks. He allowed five hits in four innings and struck out seven.

"That's not Brendan's style. He's a major control guy. He'll get right back to getting back on the mound and getting the conviction and throwing strikes."

The Rays cut the margin with Adames' RBI single in the second and Meadows' RBI base hit in the fifth.