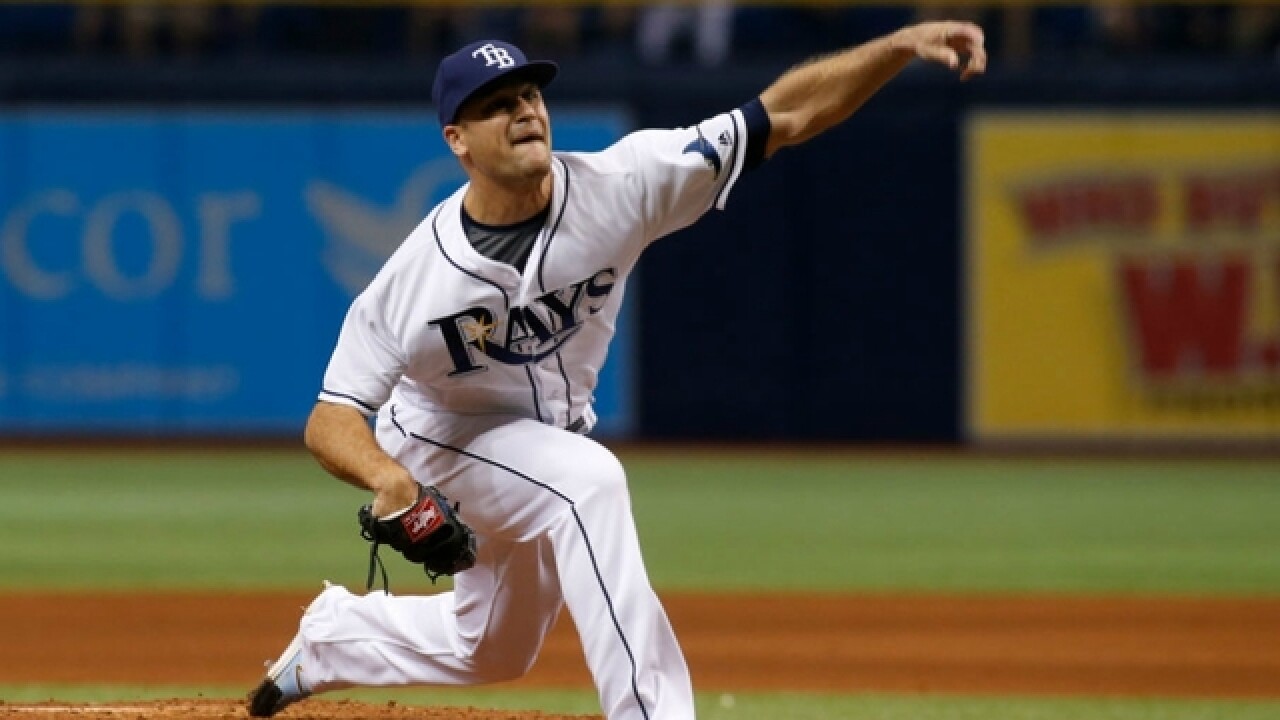 Image copyright 2017 Getty Images. All rights reserved. This material may not be published, broadcast, rewritten, or redistributed.
Brian Blanco/Getty Images
<p>ST. PETERSBURG, FL: Pitcher Dan Jennings of the Tampa Bay Rays pitches during the sixth inning of a game against the Seattle Mariners on August 19, 2017 at Tropicana Field in St. Petersburg, Florida.</p>

ST. PETERSBURG, Fla. (AP) -- The Tampa Bay Rays released reliever Dan Jennings, a move that enables them to avoid paying most of his $2,375,000 salary in a non-guaranteed contract.

With young pitchers Yonny Chirinos, Andrew Kittredge and Ryan Yarbrough expected to make the team as multiple-inning relievers, Jennings was released Monday, a day after being told he wasn't going to make the opening day roster.