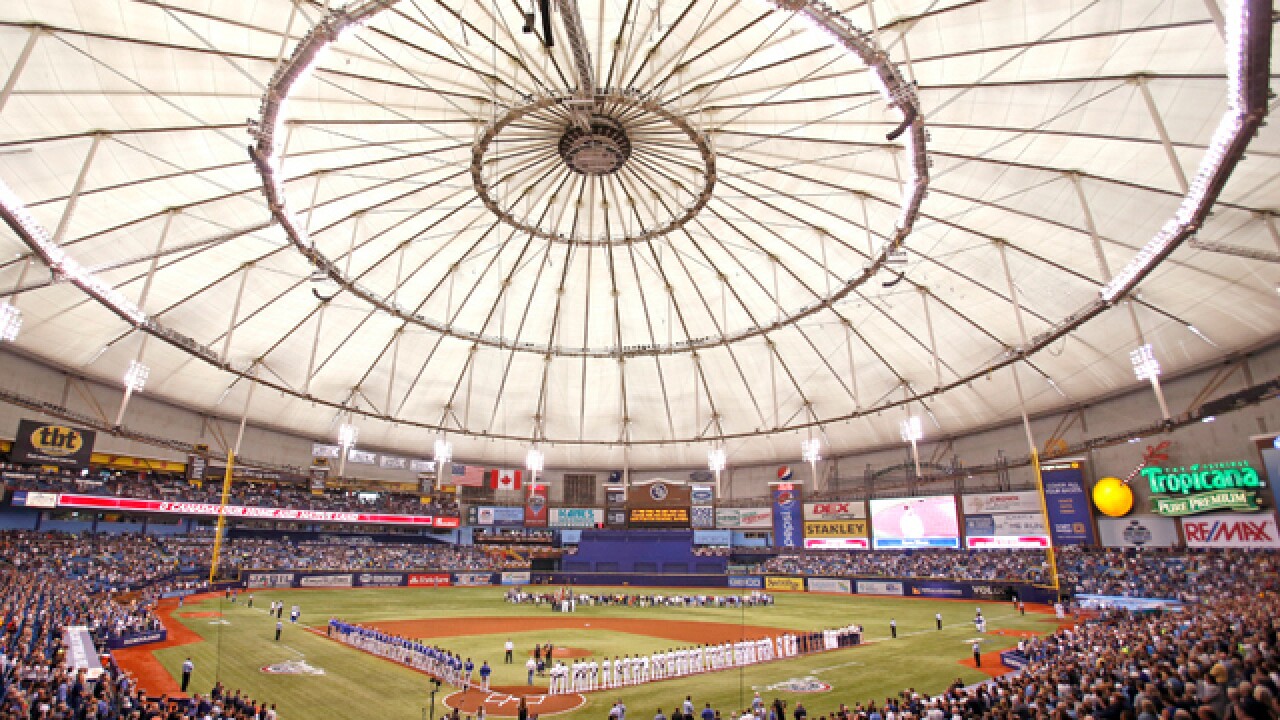 Brian Blanco/Getty Images
<p>ST. PETERSBURG, FL: Baseball fans watch as the Tampa Bay Rays and the Toronto Blue Jays stand for the National Anthem during Opening Day ceremonies at the start of a game on March 31, 2014 at Tropicana Field in St. Petersburg, Florida.</p>

The Tampa Bay Rays find themselves in the middle of a playoff push here in August, but Major League Baseball is already giving us a sneak peak into next year.

The 2020 schedule was released Monday, and the Rays again find themselves starting the year at Tropicana Field.

The opponent could be a familiar one. The Rays start the season on March 26 against the Pittsburgh Pirates: the same Pirates who have Rays former ace Chris Archer.

Tampa Bay likely got the better end of that deal with outfielder Austin Meadows and pitcher Tyler Glasnow coming to St. Pete, but we will likely be seeing Archer's return to the Trop in the home opener.

After that series the Rays stay at home for three games with the New York Yankees.

Some other interleague teams that may attract interest for some fans are the Milwaukee Brewers (May 30-31) and the St. Louis Cardinals (July 10-12). The Rays will also travel to the Friendly Confines when they take on their old friend Joe Maddon at Wrigley Field (July 3-5).

The All-Star Game is at Dodger Stadium on July 14.

The Rays wrap up the year with a grueling 17-game stretch, all against AL East rivals and with no days off in between.

Check out the schedule in its entirety here .