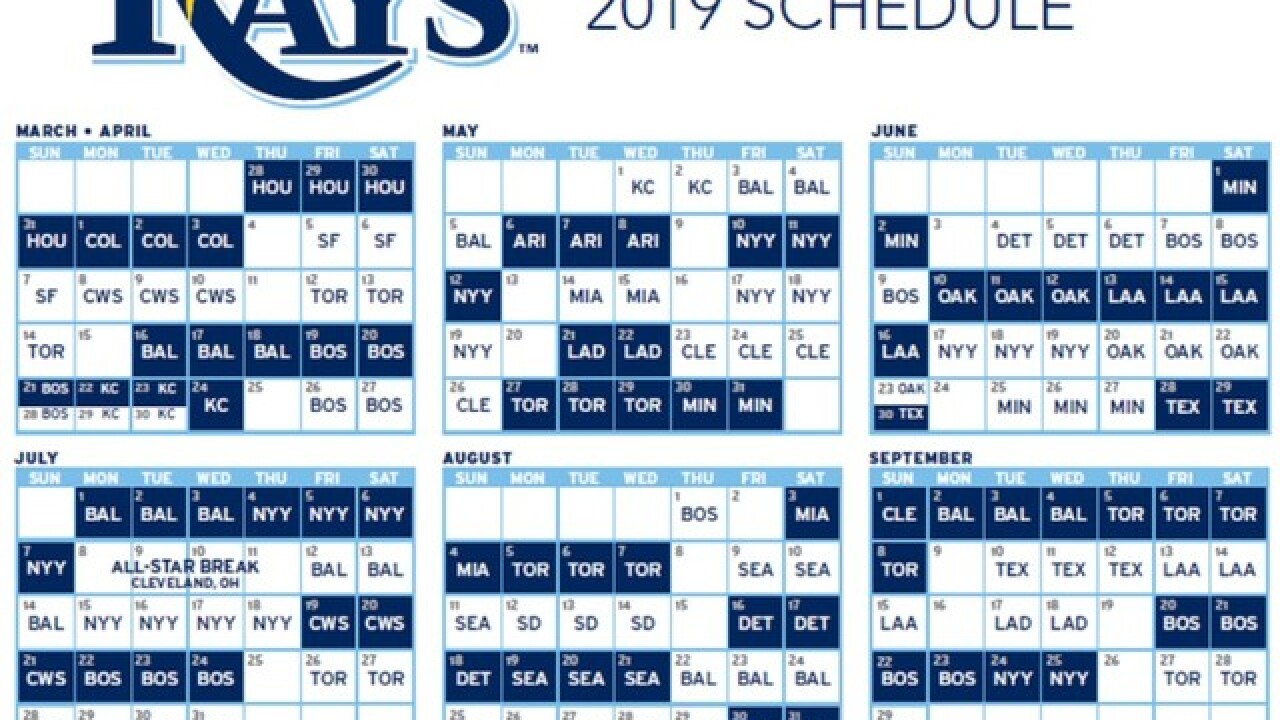 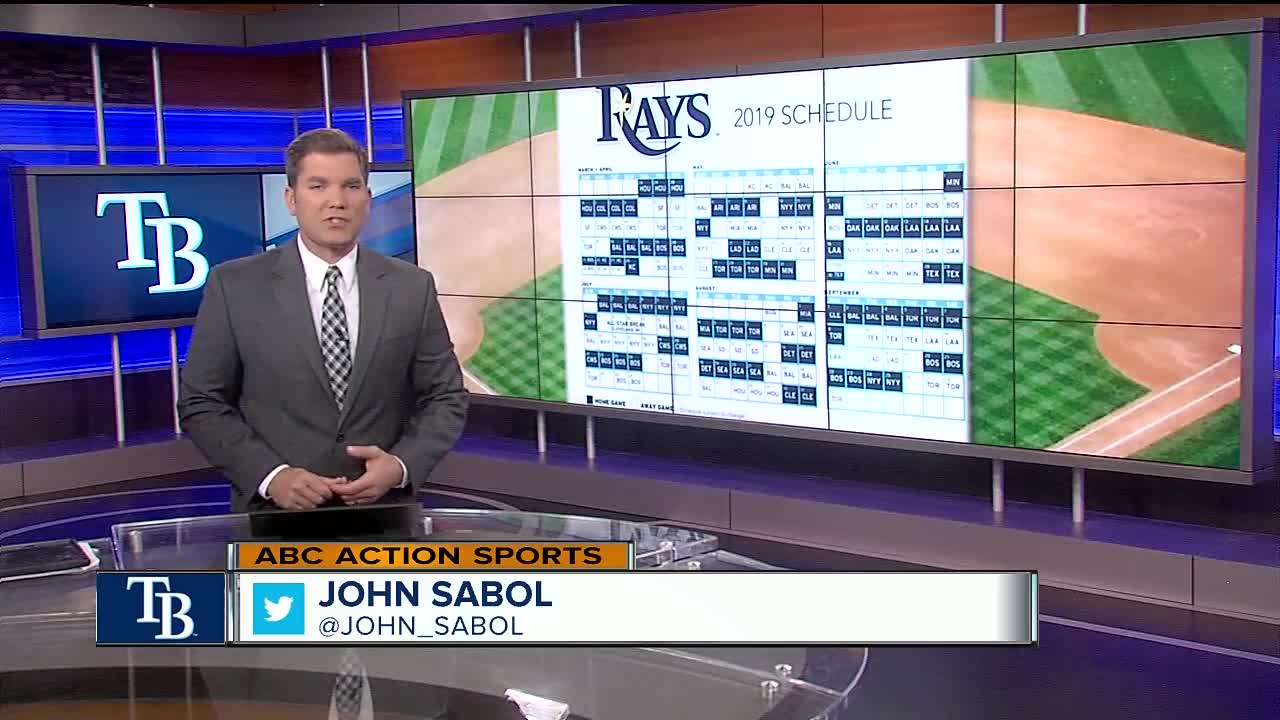 ST. PETERSBURG, Fla. — Tampa Bay Rays fans can start scheduling next year's vacations to see the team play on the road. The team released its 2019 schedule on Wednesday.

The Rays will play their earliest home opener in team history in 2019. For the tenth consecutive season, Tampa Bay will open at home. The Houston Astros come to St. Petersburg for a four-game series starting Thursday, March 28.

The Rays will once again play 20 interleague games, which includes their annual home-and-home series with the Miami Marlins. The other 16 interleague games will be against teams from the National League West.

Tampa Bay is scheduled to play against former Ray third baseman Evan Longoria in the San Francisco Giants home opener on April 5. The three-game series will be just the club's second time playing at AT&T Park.

The Rays will make four trips to the West Coast in 2019, including visits to San Diego in August and both Anaheim and Los Angeles in September.

If the Rays want to make the playoffs next year, they will need to clinch against a divisional opponent. Tampa Bay's final nine games of the 2019 season will be against Boston, New York and Toronto. 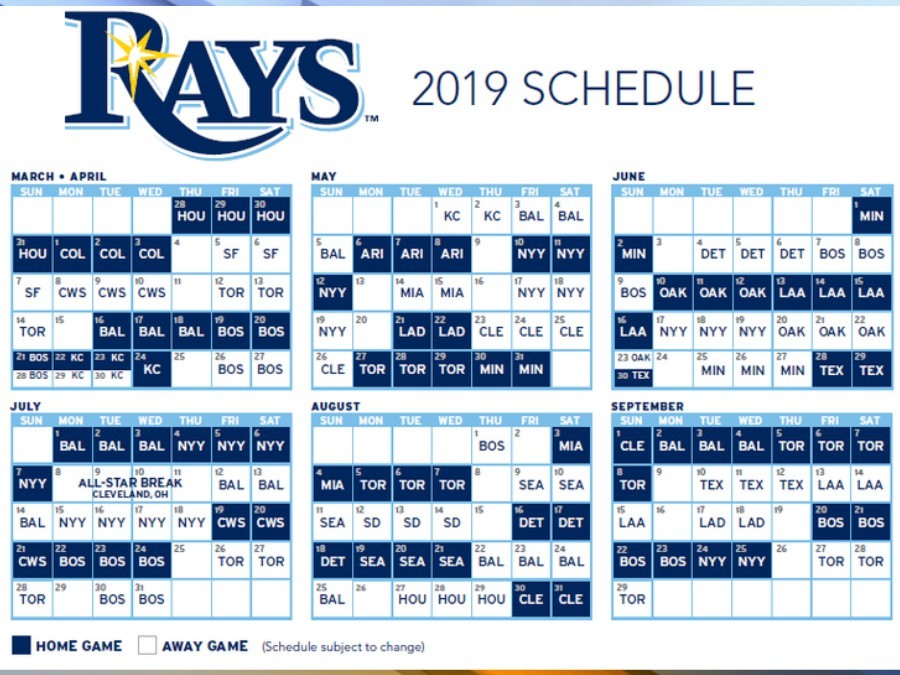