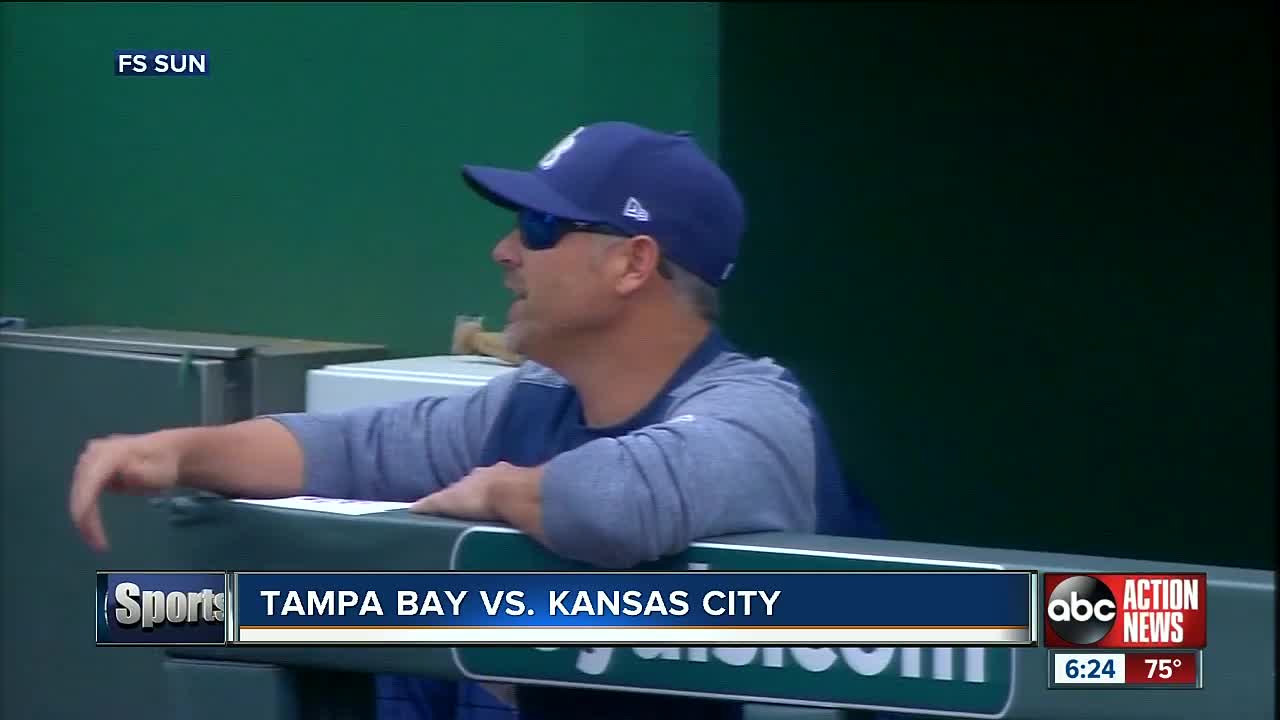 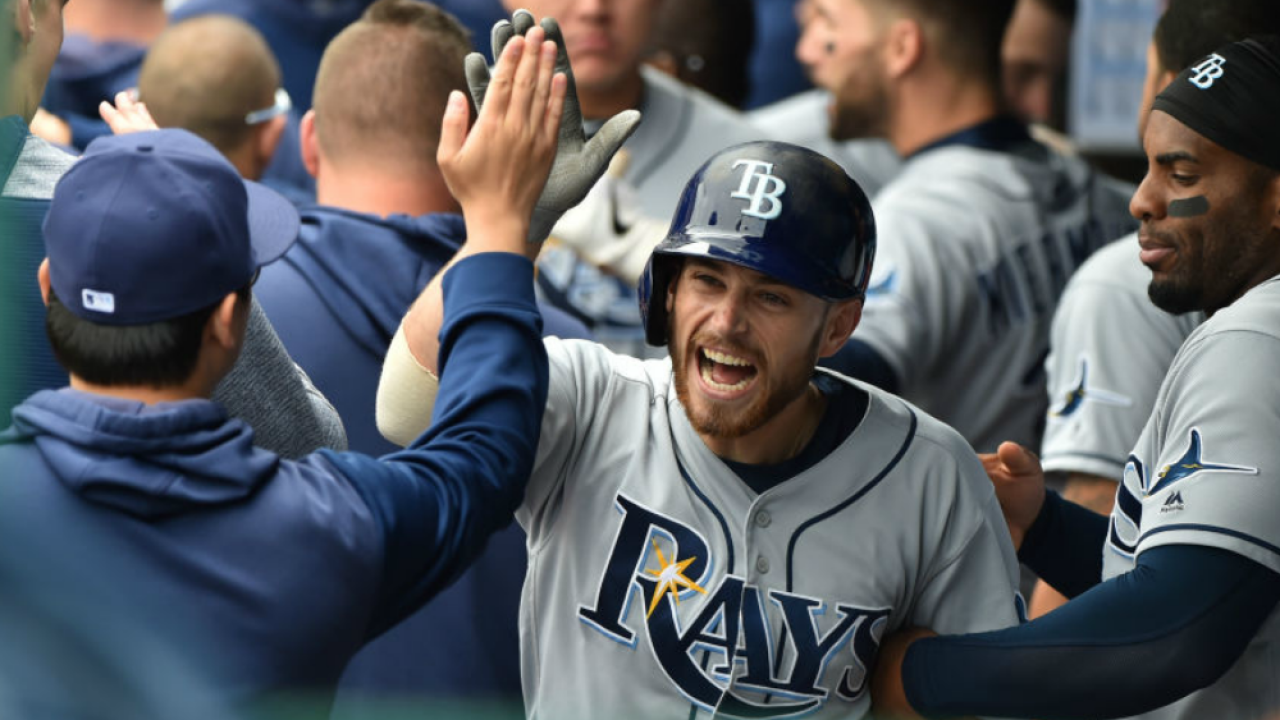 The Tampa Bay rookie hit a two-run homer off Wily Peralta with two outs in the ninth inning, and the Tampa Bay Rays rallied to beat the Kansas City Royals 3-1 Thursday for a four-game split.

Lowe hit a changeup to right that just kept carrying and went over the wall.

“I didn’t know it was going to be a home run,” Lowe said. “As I was running, I was saying, ‘C’mon, get up.’ I was asking for it to do something for me. It wasn’t the intention in that at-bat. I was just trying to find a gap.”

Peralta (2-2) walked Daniel Robertson on four pitches leading off the ninth, and Lowe connected with two outs for his seventh home run this season.

“He did it right again today,” manager Kevin Cash said. “He came up in a clutch situation. He got a pitch, and it kind of looked like he got out in front of it a little bit. But we’ve talked about his power. For not the biggest guy in the world, he can generate a lot of power.”

Whit Merrifield became the third player with a two-triple game this season for the Royals, who lead the major leagues with 17 in 32 games. His third-inning triple drove in Martin Maldonado, who beat out an infield hit and is 7 for 13 against Charlie Morton.

Merrifield entered 30 for 89 against the Rays.

“I saw the stat that he’s 30-for-90 against us in his career,” Cash said. “I would have guessed he was like 90-for-30.“AL East-leading Tampa Bay tied the score in the fifth on consecutive singles by Willy Adames, Nate Lowe and Guillermo Heredia.

Adam Kolarek (2-1) got the final two outs of the eighth, and Diego Castillo struck out two in a perfect ninth for his fourth save in as many chances. Tampa Bay won the season series 4-3.

“He’s nasty,” Kansas City’s Alex Gordon said. “Usually I’m pretty frustrated when the offense only scores one run. But when the guy has stuff like that and commands it like that, it’s hard to hit.”

Chris Owings was 0 for 22 with 10 strikeouts against the Rays this season.

Rays: RHP Austin Pruitt, the 26th man during Wednesday’s doubleheader, was returned to Triple-A Durham. Tampa Bay recalled RHP Casey Sadler from Durham for his second stint of the season following a one-day appearance on April 19. He pitched two scoreless innings in his major league debut.