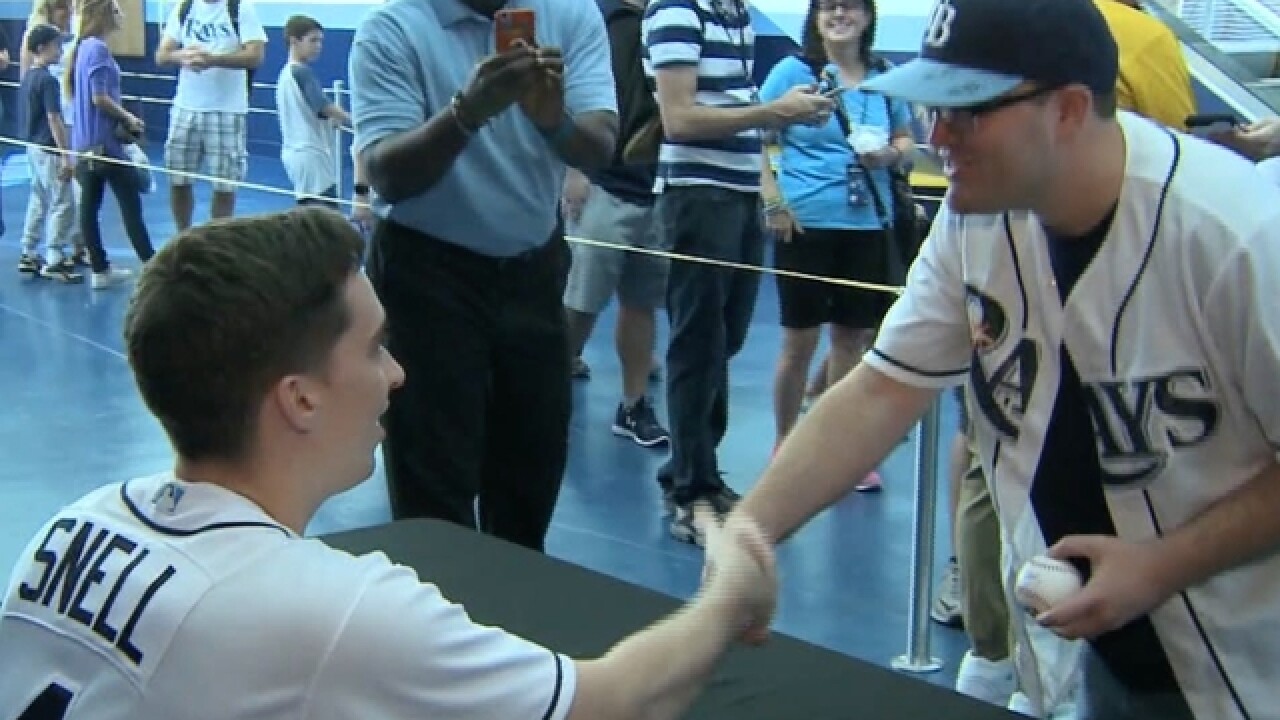 The Tampa Bay Rays kicked off the 2018 season with the team's annual Fan Fest to welcome in Major League Baseball fans to meet and mingle with this season's players.

Rays fans began lining up early Saturday morning at the stadium entrance to be first in line at the family-fun event.

Tampa Bay Rays owner Stuart Steinberg joined Tampa and Hillsborough County officials on Friday to announce a preferred site for the team in Ybor City by 2020. But Saturday morning, the team officials' main focus was welcoming fans to Tropicana Field for Fan Fest.

Rays Marketing Vice President Eric Weisberg said the team's future plans would take care of itself. The focus Saturday was celebrating with Rays fan throughout the Tampa Bay area and beyond.

ABC Action News spoke a number of fans who expressed their excitement about mingling with Rays players and the team's potential future in Tampa.