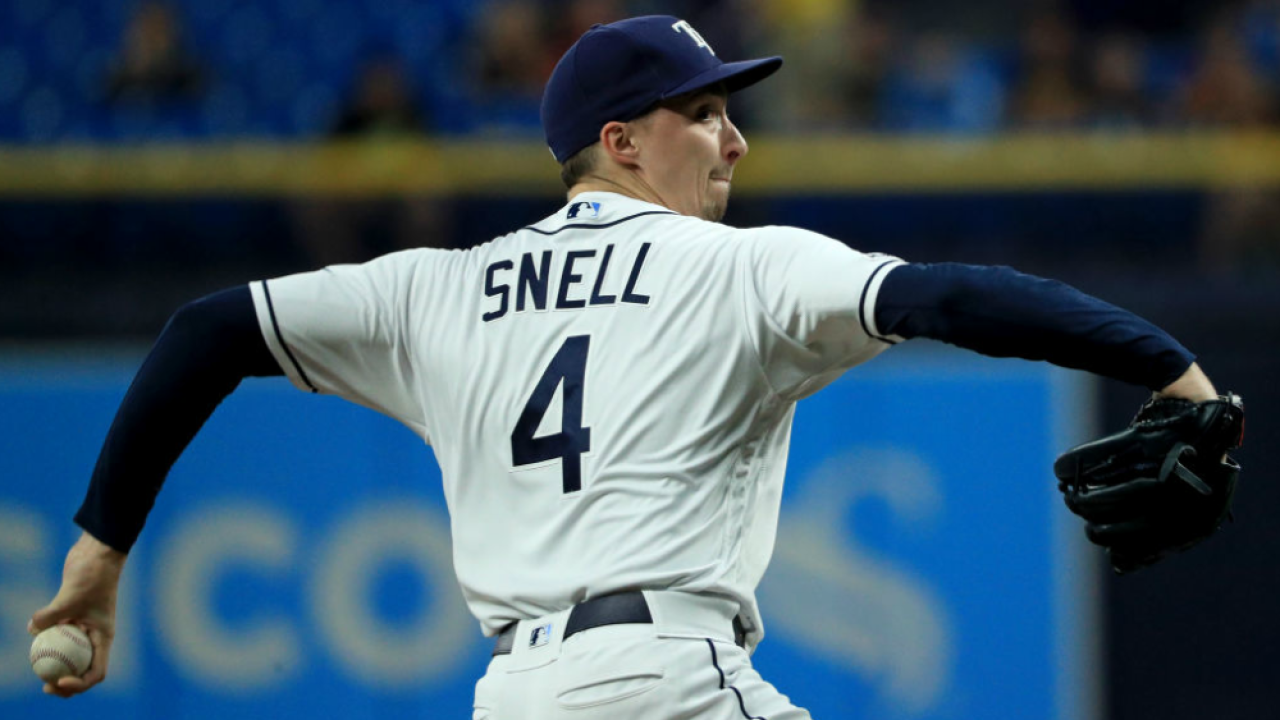 Mike Ehrmann/Getty Images
ST PETERSBURG, FLORIDA: Blake Snell of the Tampa Bay Rays pitches during a game against the Arizona Diamondbacks at Tropicana Field on May 06, 2019 in St Petersburg, Florida.

St. PETERSBURG, Fla. — Reigning Cy Young award winner Blake Snell has been placed on the 10-day IL and will have to undergo elbow surgery next week.

The Tampa Bay Rays pitcher will need the arthroscopic surgery to remove loose bodies in his elbow, the team says.

It is not expected to be a season ending surgery, and the Rays anticipate he will be ready to return in September.

The Rays are already without one of their best pitchers thanks to a Tyler Glasnow injury earlier in the year. Now for a team that relies on the use of "openers" so much, the starting rotation is even thinner.

The trade deadline is about a week away, so it will be interesting to see if the team makes a move for a pitcher in response to this news.

The Rays are off Thursday, but travel to Toronto for a weekend series with the Blue Jays tomorrow.