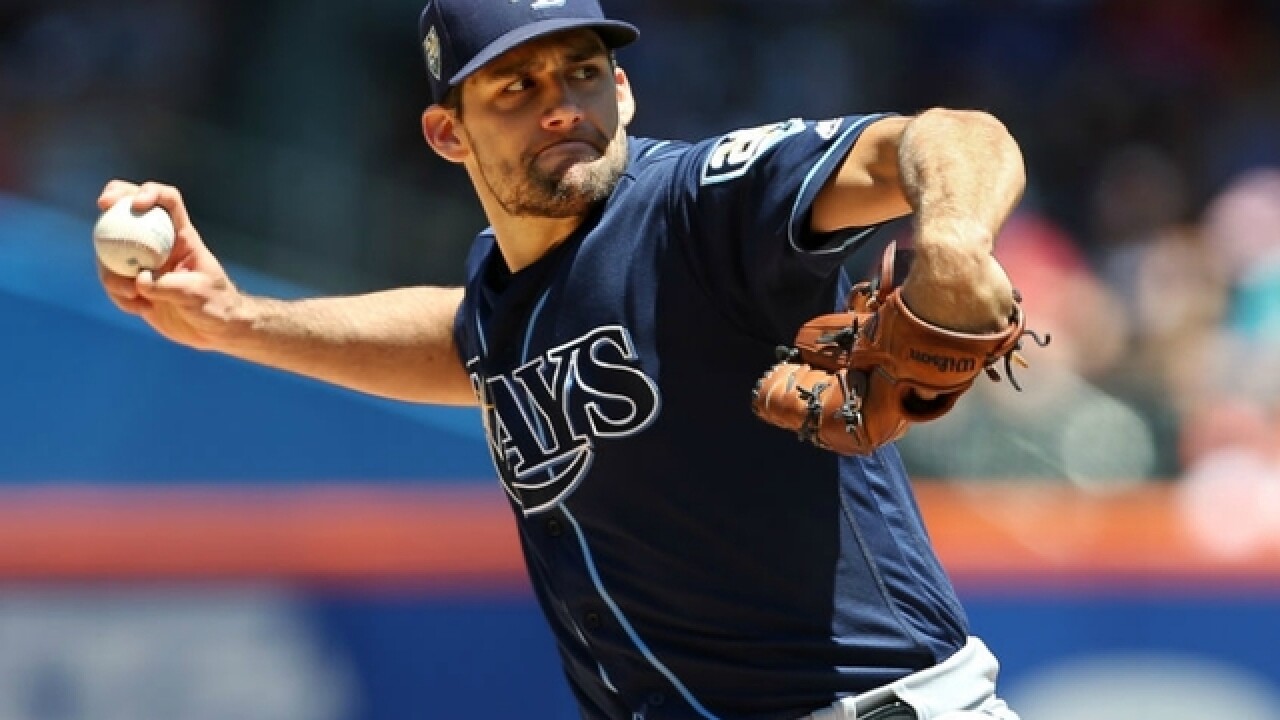 Image copyright 2018 Getty Images. All rights reserved. This material may not be published, broadcast, rewritten, or redistributed.
Rich Schultz/Getty Images
<p>NEW YORK, NY: Pitcher Nathan Eovaldi of the Tampa Bay Rays delivers a pitch against the New York Mets during the first inning of a game at Citi Field on July 8, 2018 in the Flushing neighborhood of the Queens borough of New York City. The Rays defeated the Mets 9-0.</p>

We have traded RH Nathan Eovaldi to Boston in exchange for LH Jalen Beeks.

Eovaldi was scheduled to pitch Wednesday against the Yankees, but has been scratched from that start in favor of Ryne Stanek.

Beeks, 25, made the first two major league appearances of his career this season, allowing nine runs on 11 hits in 6.1 innings for a 12.79 ERA.