Rays one game away from sweeping Astros, heading to World Series 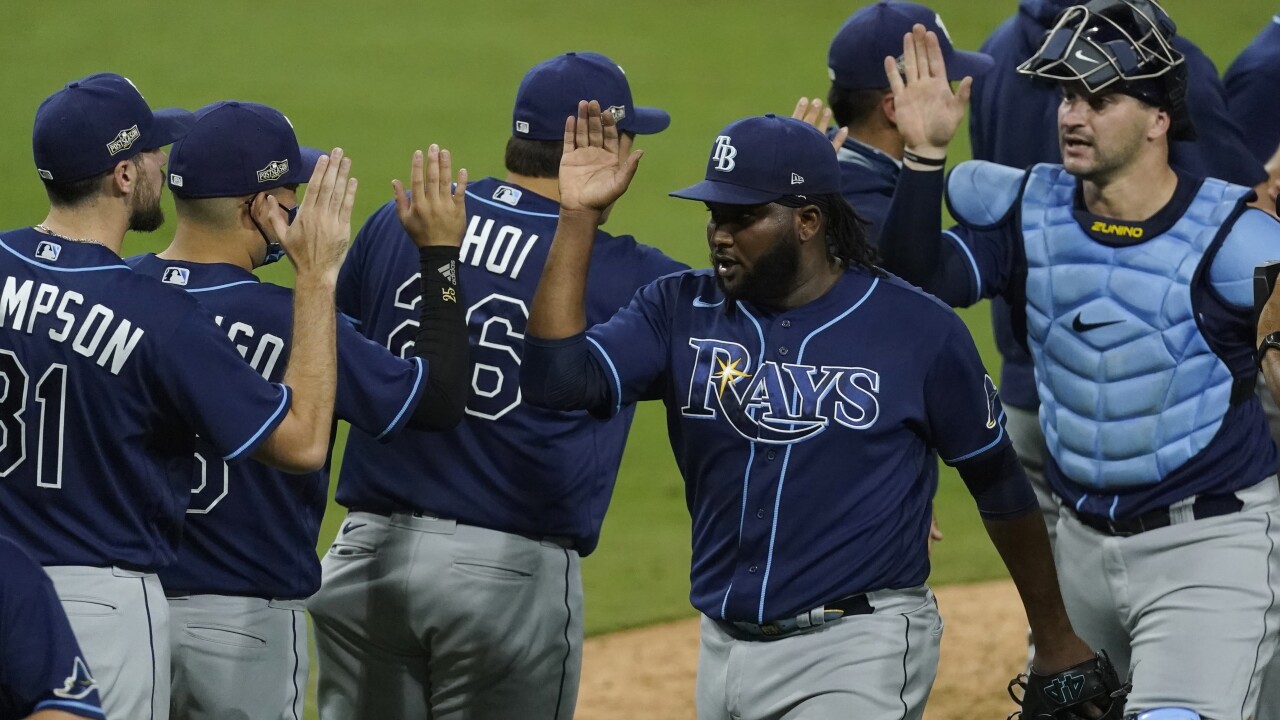 Incredible defense, impenetrable bullpen, and a whole lot of flash: that's what we're seeing from the Tampa Bay Rays in this best-of-7 ALCS with the Houston Astros.

Three consecutive games now the Astros have gotten the tying run to the plate in the 9th inning, only to be shut down by the Rays impressive bullpen.

The Rays are proving they are one of the most fundamentally sound, deepest and most fun teams in the game, and now they're just one win away from playing in the World Series.

To do it they'll need to go through Zack Greinke. He last pitched 6 days ago and gave up four runs including two home runs against the Oakland A's in a game the Astros ultimately won. Greinke is a familiar opponent though. The Rays faced him in last year's ALDS and tagged him for six runs including three longballs en route to a 10-3 victory.

The Rays meanwhile will turn to Tyler Glasnow, who has been outstanding, most recently starting in the Rays' game 5 clincher against the New York Yankees.

Glasnow will likely be out for blood this outing especially. He was on the mound in Game 5 of last year's ALDS against these very Astros, and gave up four runs in the game that would send the Rays back home.

This year's series looks a lot different though. Tampa Bay has a 3-0 series lead and needs just one more win to advance to the World Series for the first time since 2008. Waiting on the other side is the winner of the Atlanta Braves vs. L.A. Dodgers series, which the Braves lead 2-0.

Rays centerfielder Kevin Kiermaier did leave Game 3 after being hit by a fastball in the wrist, but fortunately, x-rays came back negative. Manager Kevin Cash did not immediately say whether or not he would be back in the lineup for Game 4.