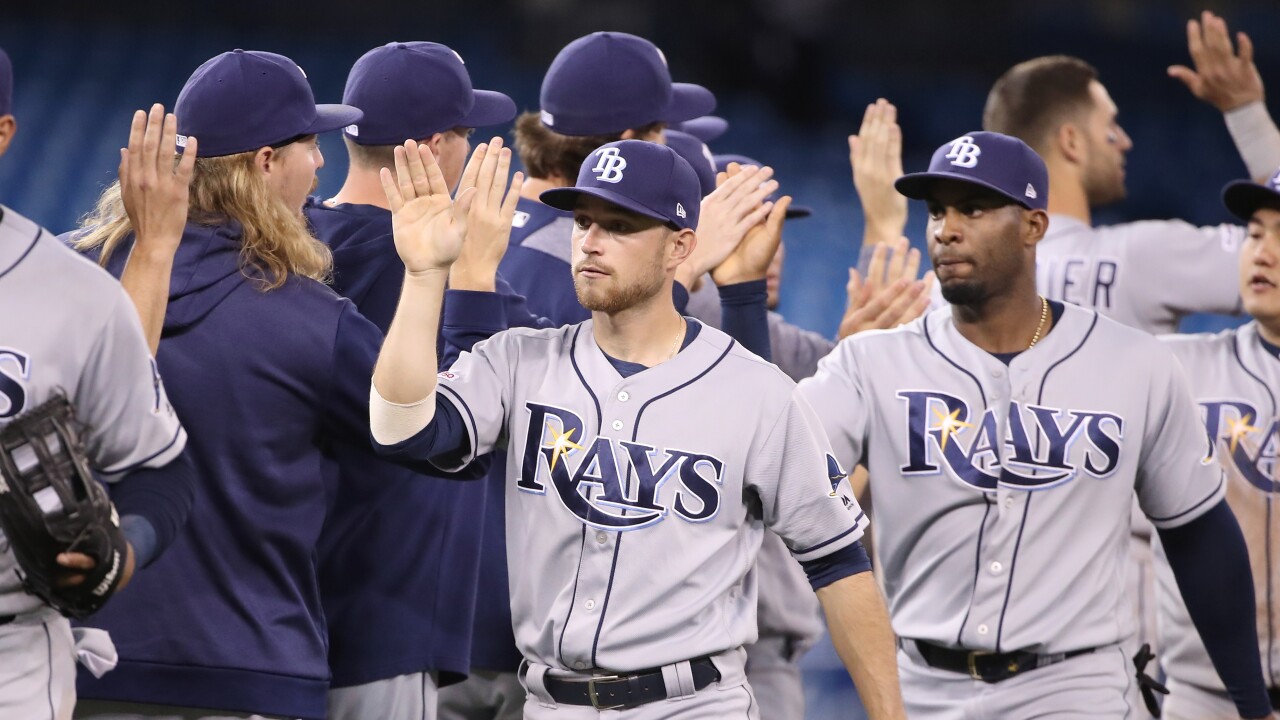 If you're a Tampa Bay Rays fan, April was a very good month for you.

The team is 19-9 through the first month of the season, not only the best first month in franchise history, but also the best in the major leagues this year.

The Rays top all of baseball in win percentage, run differential, starting pitcher ERA and overall ERA. Rays pitchers rank 4th in baseball in strikeouts (all three teams ahead of them have played two more games).

Tampa Bay is outscoring opponents 29-4 in the first inning of games.

They also won every series in the month of April except one.

It's safe to say the Tampa Bay Rays are pretty hot right now, and they will look to keep things going into May and beyond, starting with a double header in Kansas City after Tuesday's game was rained out.