Rays' Kiermaier will miss 2 to 3 months with thumb injury 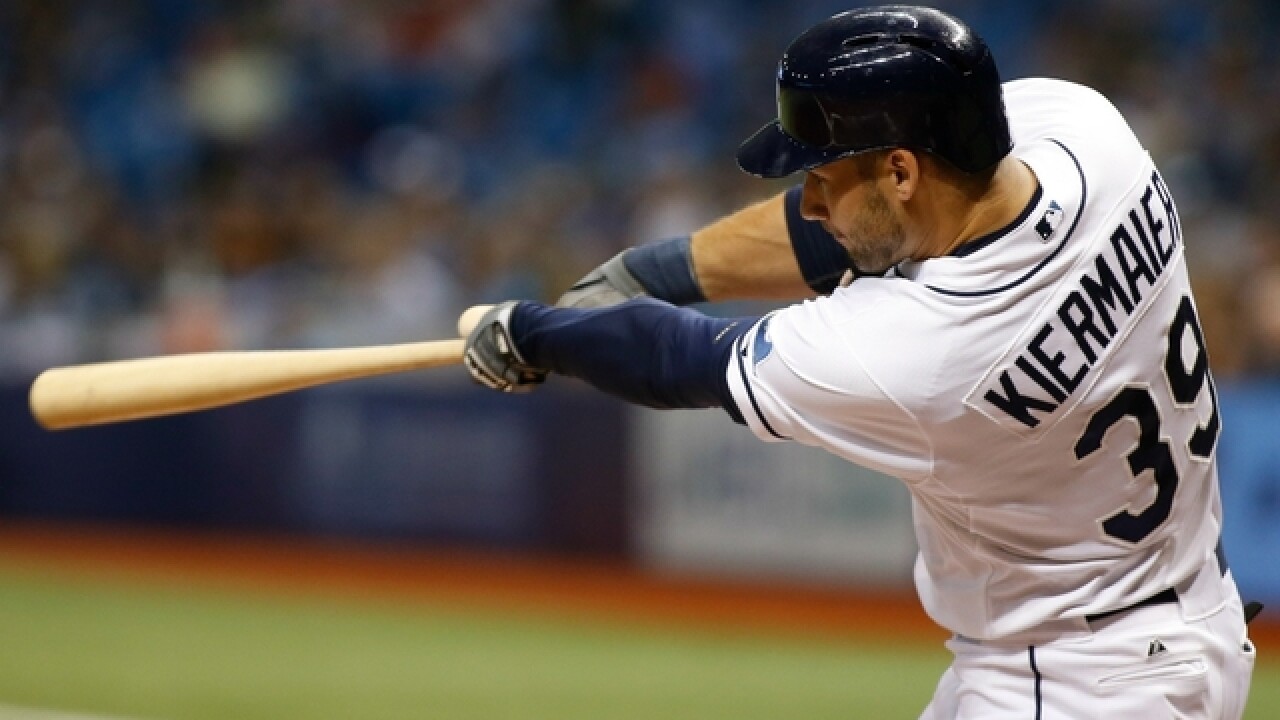 Brian Blanco/Getty Images
<p>ST. PETERSBURG, FL: Kevin Kiermaier of the Tampa Bay Rays hits a two-run home run off of pitcher Williams Perez of the Atlanta Braves during the seventh inning of a game on August 11, 2015 at Tropicana Field in St. Petersburg, Florida.</p>

ST. PETERSBURG, Fla. (AP) — Tampa Bay center fielder Kevin Kiermaier has a torn ligament in his right thumb that requires surgery and could be sidelined for two to three months.

The Rays placed the defensive whiz on the 10-day disabled list Monday, a day after he was injured sliding head-first into second base during a 10-4 loss to the Philadelphia Phillies.

The club said surgery will be scheduled “in the coming days.”

This will be the third straight season the 27-year-old, two-time Gold Glove winner will miss significant time because of injury.

Kiermaier, who’s batting .163 with one RBI this year, missed 48 games after breaking his left wrist diving for a ball in 2016. Last season, he fractured his right hip sliding feet-first into first base and was sidelined for 61 games.

Right-handed pitcher Chih-Wei Hu was recalled from Triple-A Durham to fill Kiermaier’s spot on the roster.