First base coach does ten for every Rays run... during the game 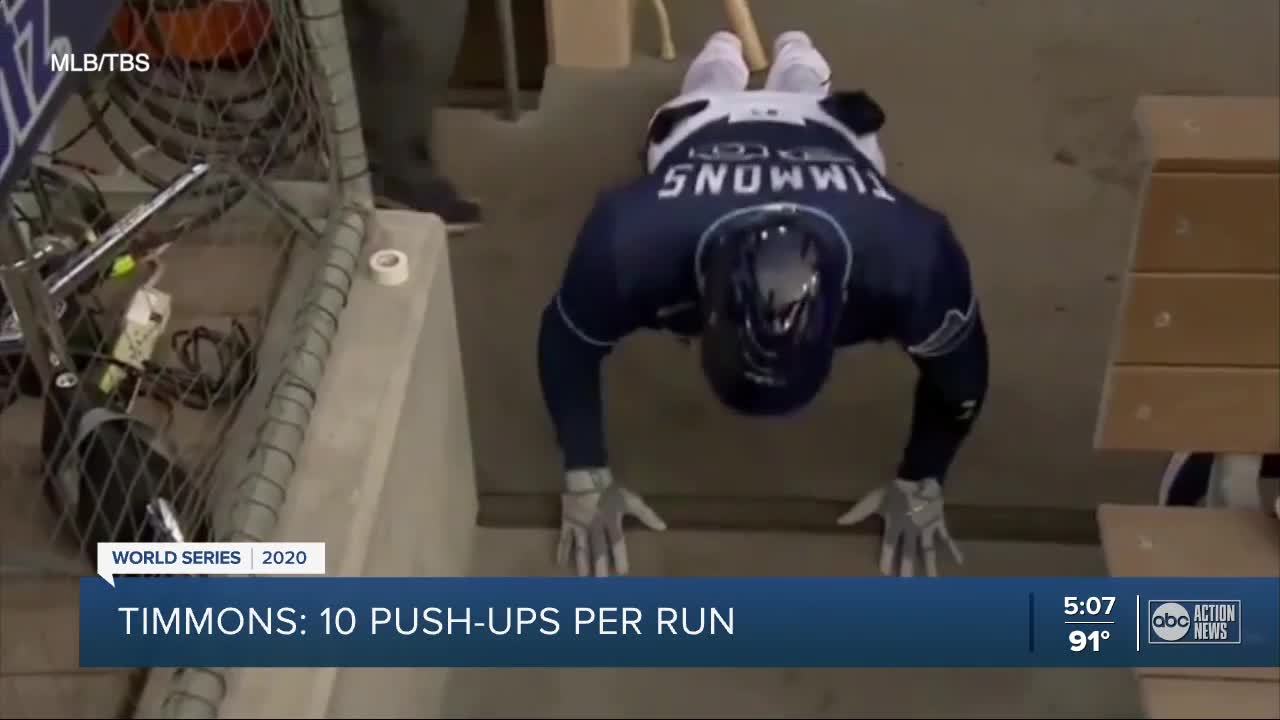 Rays first base coach Ozzie Timmons has done thousands of push-ups in the dugout to help keep the team loose. He started in 2018, and he isn't stopping anytime soon. 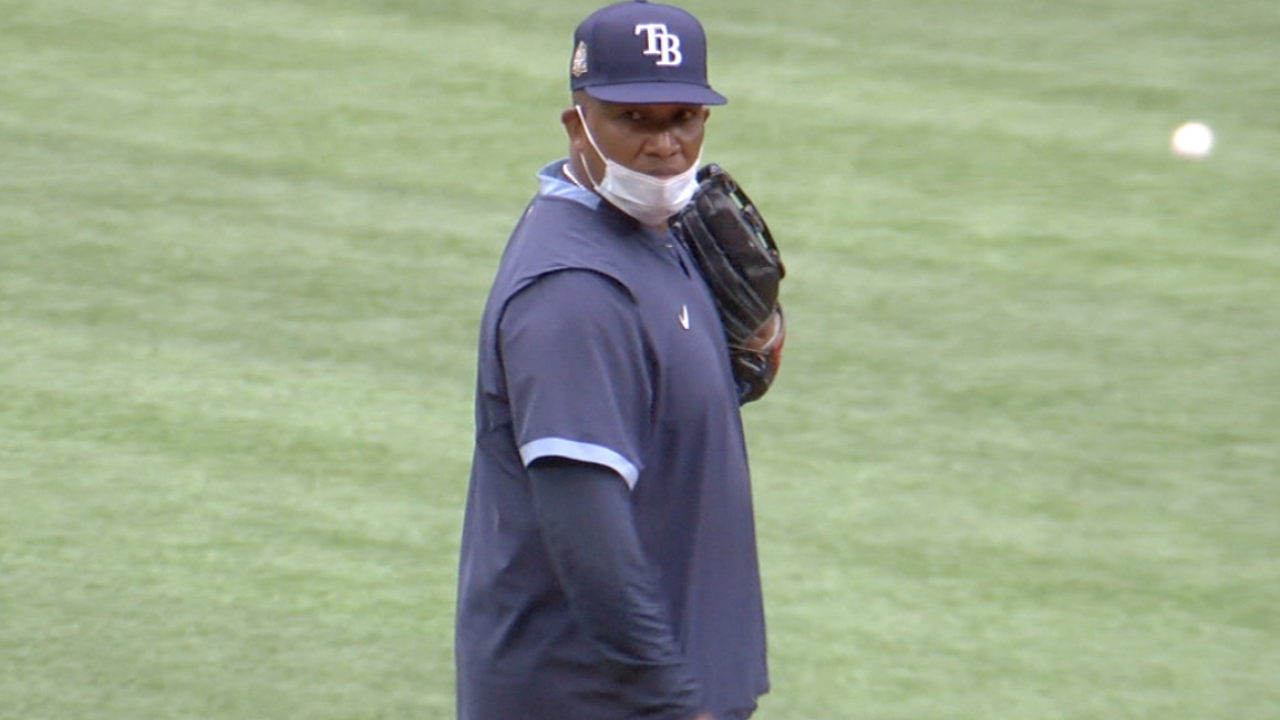 ARLINGTON, TX - — Rays first base coach Ozzie Timmons likes to get a workout while he's on the job. The Tampa-native does push-ups in the dugout during games- as long as the Rays score.

"We were in Oakland. Nate Eovaldi was coming off the DL. Game’s going slow, and I said I’m gonna do some push-ups every time we score," Timmons said via video chat. He said 'How many?' I said 'How about we go ten per run?' 'You sure?' I said 'Yeah let’s do it.'"

"He’s awesome. The players love him," said Rays manager and fellow Tampa-native Kevin Cash. "He’s as consistent as any coach that we have. Just constant positive feedback and patience. Consistency and patience is what Ozzie’s really special at."

Timmons says he likes to have fun and keep things loose in the clubhouse.

"I like to have a good time. I’m loosey goosey," Timmons said. "At this level, these guys have a little pressure on them trying to perform. When they have somebody they can come to, joke around with, it helps them relax a little bit."

Timmons, a University of Tampa Hall of Famer and former Major League player, said he likes the fact that the Rays have been in the national spotlight during a unique season like 2020.

"With us being able to play during this pandemic, and like you say all eyes are on sports, with us getting a chance to be seen, I think a lot of people in the world get a chance to see what the Tampa Bay Rays are all about."

The Rays trail the Dodgers 3-2 in the World Series. They face elimination tomorrow night at Game Six in Arlington, TX.