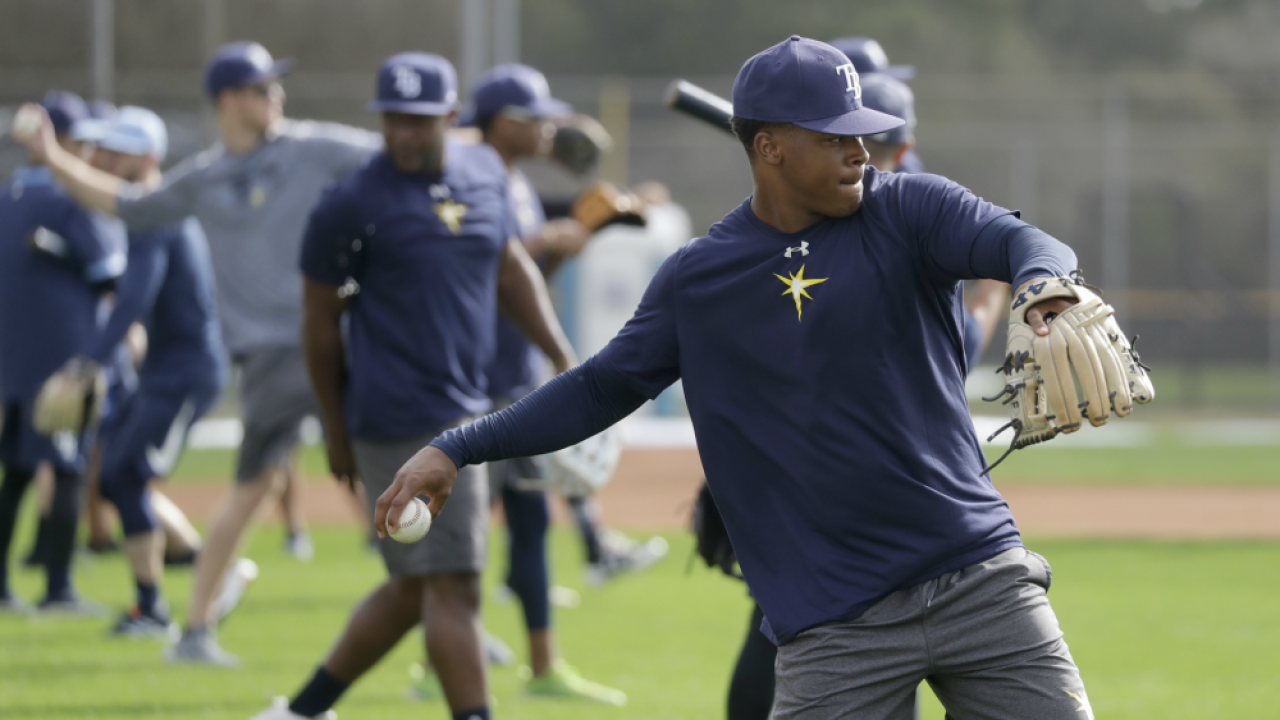 PORT CHARLOTTE, Fla. (AP) — For a team that didn’t anticipate a lot of change after making the playoffs for the first time in six years, the Tampa Bay Rays have a lot of new faces on the roster entering spring training.

Japanese slugger Yoshi Tsutsugo and trade acquisitions José Martinez, Hunter Renfroe, Manuel Margot and Randy Arozarena are among the newcomers the Rays are counting on to help a largely young team build on the success of the past two seasons.

“Expectations are up, but that’s what you want,” general manager Erik Neander said.

“At the end of the day, the goal is to win by one. I think we’ve done enough on the offensive side to have a different look with guys who chip in in different ways,” Neander added. “And, I think we’ve also strengthened the defensive side of things.’’

In all, there are 10 new faces on the 40-man roster. Five were acquired in trades since the Rays lost to Houston in the Division Series, four from the club’s minor league system and Tsutsugo, who signed as a free agent from Japan.

Important decisions loom in the bullpen, too, where the closer’s role may wind up being handled by committee.

“We are as interested as anybody to see how it’s going to all come together because we know we have a lot of talented options,” Cash said.

Depth was one of the keys to making the playoffs last fall. Cash believes this year’s roster may be deeper.

And, Neander feels it’s a mix of talent that will meld well.

“This is a group of people that are competitive, but a lot of them have that selfless attribute, that team-first attribute I think we’re going to need to maximize what’s going on here,” Neander said.

Martinez and Arozarena were acquired from St. Louis. Renfroe and Margot was obtained in separate deals Tampa Bay made with the San Diego Padres.

The Rays latest pickup, lefty reliever Aaron Loup, signed a minor league contract this week and will compete for a job in the bullpen.

“Compared to the number of transactions we made the last several years, I think this was a bit more modest,” Neander said.

“Loved the team we had last year, loved the guys we had last year, including the ones that we traded,” the M added. “By and large, a lot of this team is still together. There were some tweaks in just making sure for depth purposes ... we’re a little bit better covered than last year.”