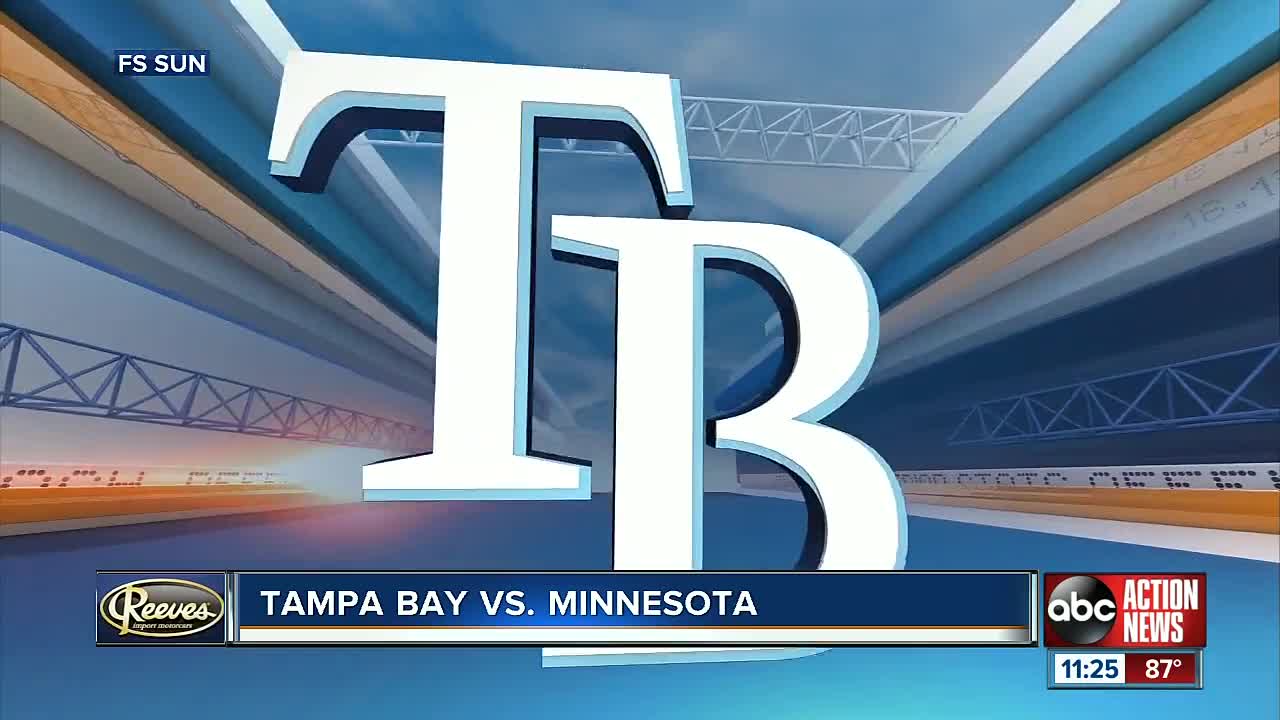 By the bottom of the seventh inning, the Minnesota Twins were not only missing their early lead but their entire starting outfield. Resiliency, well, that has rarely left them this season. Nelson Cruz was the latest member of this potent lineup to contribute a game-defining hit. Cruz went 3 for 4 with the go-ahead, three-run, two-out double for the Twins, who chased away Tampa Bay starter Charlie Morton in the seventh inning and overtook the sputtering Rays for a 6-4 victory on Wednesday night. 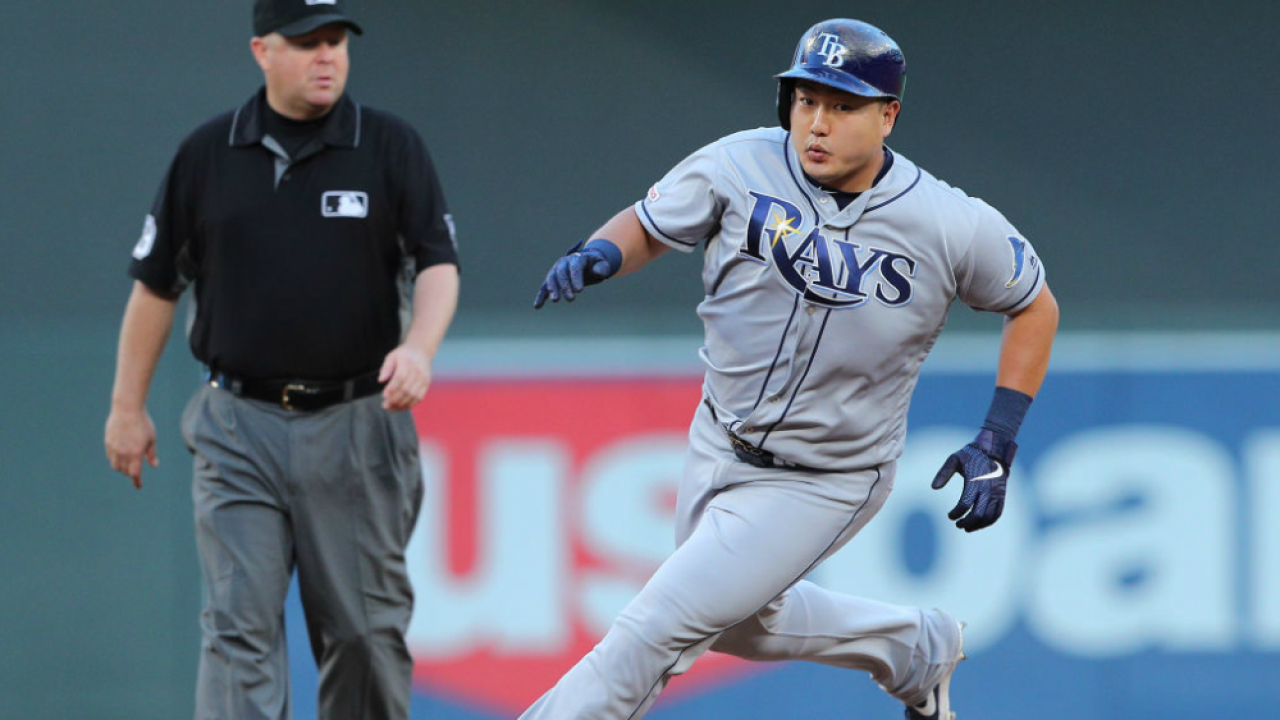 MINNEAPOLIS (AP) — By the bottom of the seventh inning, the Minnesota Twins were not only missing their early lead but their entire starting outfield.

Resiliency, well, that has rarely left them this season. Nelson Cruz was the latest member of this potent lineup to contribute a game-defining hit.

Cruz went 3 for 4 with the go-ahead, three-run, two-out double for the Twins, who chased away Tampa Bay starter Charlie Morton in the seventh inning and overtook the sputtering Rays for a 6-4 victory on Wednesday night.

Taylor Rogers needed only eight pitches to record the last four outs for his 10th save, and the Twins, who lead beat the Rays for the fifth straight time.

“With our offense, you kind of just wait for that to happen down there,” Rogers said. “Honestly, we were all kind of feeling like something would happen at some point, so Cruz happened to be the guy today.”

Cruz, who has 373 career home runs and turns 39 on Monday, beat out an infield single that died in the grass halfway up the third-base line during a three-run first against Morton (8-2), the American League ERA leader at 2.43. Cruz’s last hit was more in classic form, a crushed line drive on an 0-2 slider from Emilio Pagan with an exit velocity of 108 mph that landed in deep center field. The Twins are 23 for 59 with runners in scoring position against the Rays this year, a .390 batting average.

“We walk. We battle. We make the pitcher make a lot of pitches. So definitely we’re confident because we’ve been doing that a lot,” Cruz said. “You just try to put it in play with some authority.”

The seventh-inning rally was fueled by an error on Morton that could’ve easily been charged to first baseman Ji-Man Choi, who fumbled a grounder when he popped up too soon in anticipation of a double play. Morton then dropped the toss by Choi to first. Rays manager Kevin Cash went to the bullpen one batter later.

“All teams go through this. All teams have rough stretches in the season,” Morton said. “The goal is to minimize that and not let the momentum get to the point where it’s really difficult to turn it around.”

Twins starter Jake Odorizzi squandered his 3-0 lead, when Kevin Kiermaier hit a two-run homer in the second inning and Tommy Pham went deep to tie the game in the sixth. Odorizzi was removed one batter later.

Trevor May (3-1) allowed the go-ahead solo shot to Willy Adames in the seventh , but the momentum didn’t last long for the struggling Rays. They are just 10-16 since beating the Twins 14-3 at home on May 30 and are 2-7 on this three-time-zone road trip that started in New York and Oakland.

“We’re an extremely talented team. I think we’ve showed everybody that for a long time. We knew going into this stretch that this was going to be a tough stretch, for any team,” Pagan said.

Eddie Rosario and C.J. Cron hit RBI singles in the first, and Rosario later raced home on Morton’s wild pitch. The basepaths weren’t as kind to Rosario in the third, when he sprained his left ankle while trying to turn a single into a double . The Twins were already fielding a lineup without fellow starting outfielders Byron Buxton and Max Kepler and multi-position player Marwin Gonzalez, another regular.

So when Rosario was hurt, Willians Astudillo moved from left to right, Jake Cave went from right to center, and Luis Arraez, who reached base three times and scored twice, shifted from third base to left. Astudillo is primarily a catcher. Arraez is usually a middle infielder.

“We’re being tested right now, and guys are stepping up,” manager Rocco Baldelli said. “We’re sending different guys out there to play different positions, and guys just continually go out there and do the job.”

Cruz, who has exclusively served as the designated hitter this season, reached for his outfield glove in his cubicle afterward to show reporters he was ready.

“There’s always a chance that we see him out there,” Baldelli said.

Adames went deep for the second straight game. All nine of his homers this season have been on the road, where he’s batting .299 in 40 games. The shortstop is hitting just .197 in 34 games at home.

Rays: 3B/1B Yandy Diaz went through drills without trouble for his right hamstring and stayed on track for reinstatement from the injured list on Thursday.

Twins: Kepler began on the bench with swelling in his bruised right elbow, stemming from a pitch that hit him in the previous game, but he entered in the eighth inning in center to shift the others back to their original spots. ... Buxton was still testing his bruised right wrist that has sidelined him for the last 11 games, with the possibility remaining of a short rehab assignment in the minors before he returns to the lineup.

Rays: RHP Ryne Stanek will serve as the opener for the series finale, his 23rd such assignment this season. He has a 2.47 ERA in 43 2/3 innings.

Twins: LHP Martín Pérez will take the mound on Thursday afternoon. He’s 0-2 with a 7.50 ERA in 24 innings over his last five turns.