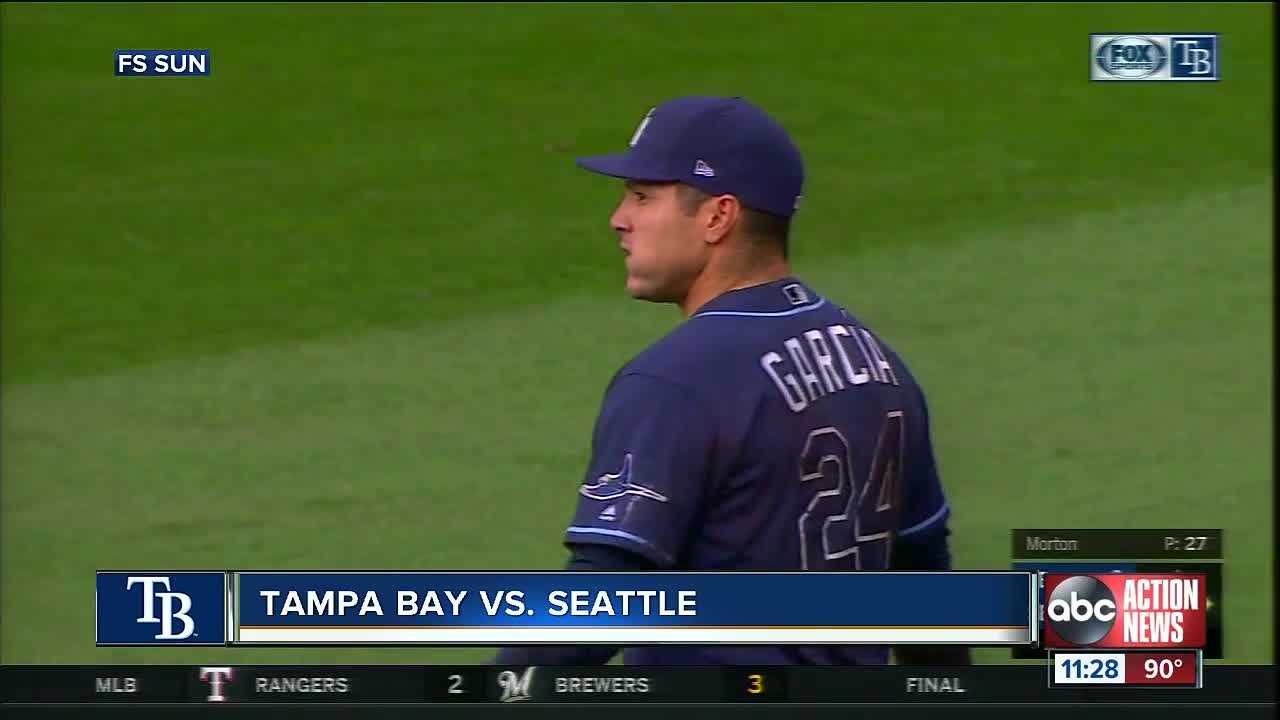 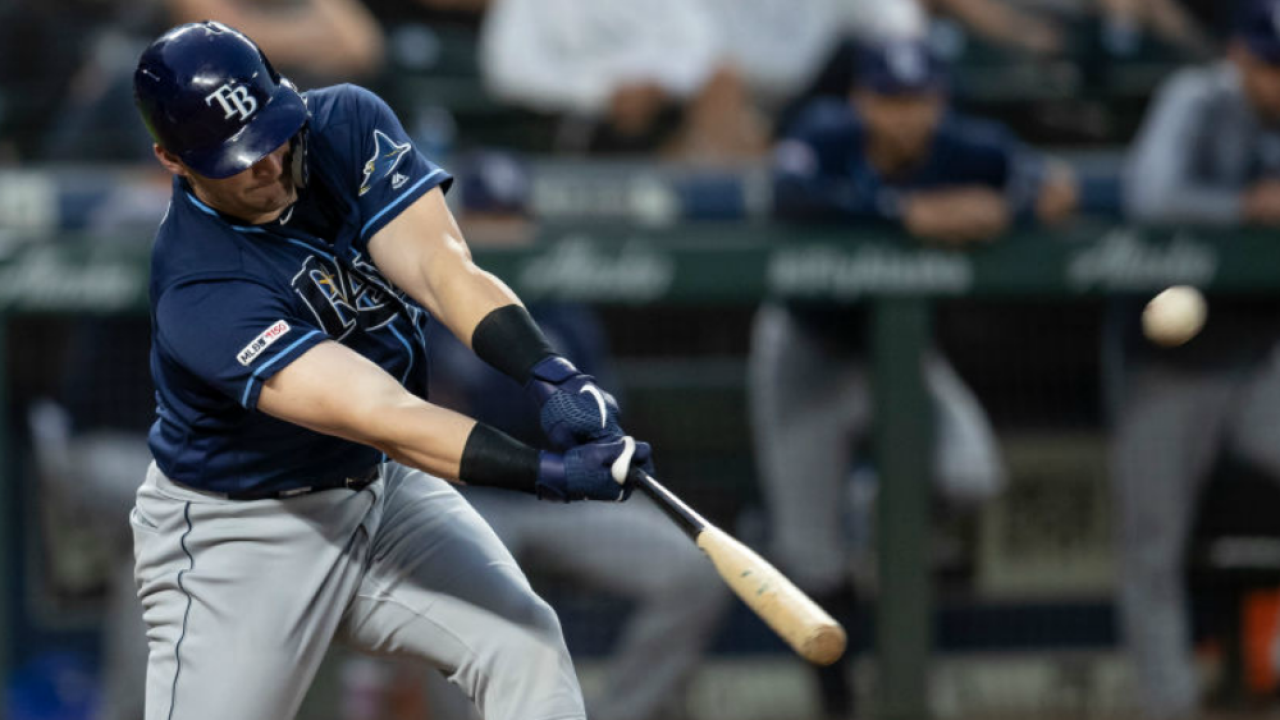 Zunino started at catcher for the Tampa Bay Rays on Saturday, his first game in Seattle since being traded by the Mariners this offseason. He received cheers when he was announced before his first at-bat, and he hit a three-run homer to center in his second at-bat, the biggest blast in Tampa Bay’s 5-4 win.

“That one was a good one,” Zunino said. “It’s time to close a chapter and open up a new one.”

It was Zunino’s eighth home run of the season, and his third in the last six games.

“I think I finally stumbled across something that’s working,” he said.

Zunino said he talked with some of the Seattle fans in the standing-room area ringing the bullpen before the game, and watched the pregame ceremony honoring Hall of Famer Edgar Martinez, who worked with Zunino as Seattle’s hitting coach. Zunino appreciated the warm reception he got from the Mariners fans, but there was no question what was the best part of the night.

“I was so happy for him,” Rays starter Charlie Morton said. “For Z to come back here and do what he did tonight, it’s pretty special.”

“I gave up a bunch of runs and a bunch of hits, so it’s hard to feel really good about it,” Morton said. “But at the same time, I didn’t walk anybody, I struck a bunch of people out — I really don’t know how to feel about that one.”

Kiermaier followed Zunino’s fifth-inning homer with his solo shot, and Garcia led off the sixth with his 16th home run.

The Mariners scored first on Lopes’ sacrifice fly in the second, and answered the Ray’s scoring in both the fifth and sixth but couldn’t get all the way back.

You score four runs you think you’re in pretty good shape,” Seattle manager Scott Servais said. “The guys hung in there, battled, did some decent things, but just a little bit short.”

Edgar Martinez was honored before the game for his recent induction into the Hall of Fame. During the ceremony, Mariners chairman John Stanton announced the team will erect a statue of Martinez outside of T-Mobile Park for next season.

Mariners 2B Dee Gordon, recovered from a left quad strain, was reinstated from the 10-day IL before the game. OF Ryan Court was optioned to Triple-A Tacoma to make room on the roster, despite hitting his first career home run Friday.

Rays: OF Tommy Pham was given a day off due to the lingering effects of a sprained right hand he sustained on July 28. Manager Kevin Cash said he expected Pham to return Sunday.

Mariners: RHP Dan Altavilla (right forearm strain) will pitch a one-inning rehab stint with Class A Everett on Sunday. Servais said he wasn’t sure how long it would take Altavilla to return to the Mariners, but expected him to take at least three to five rehab outings. ... OF Mitch Haniger (ruptured testicle) will start a rehab assignment with Class A Modesto on Tuesday. ... OF Braden Bishop is also expected to start a rehab assignment next week.

Mariners: Seattle is expected to have an opener followed by LHP Wade LeBlanc (6-4, 5.17). LeBlanc is 4-1 with a 3.42 ERA in 10 appearances following an opener this season.