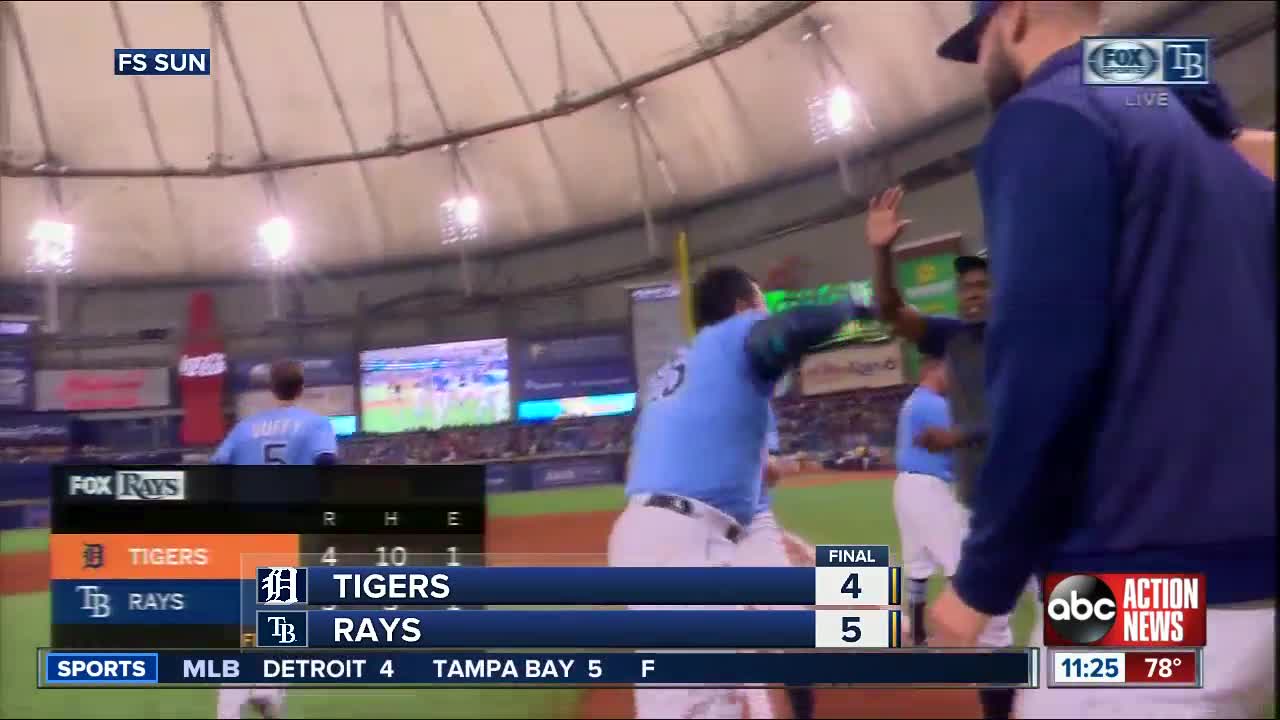 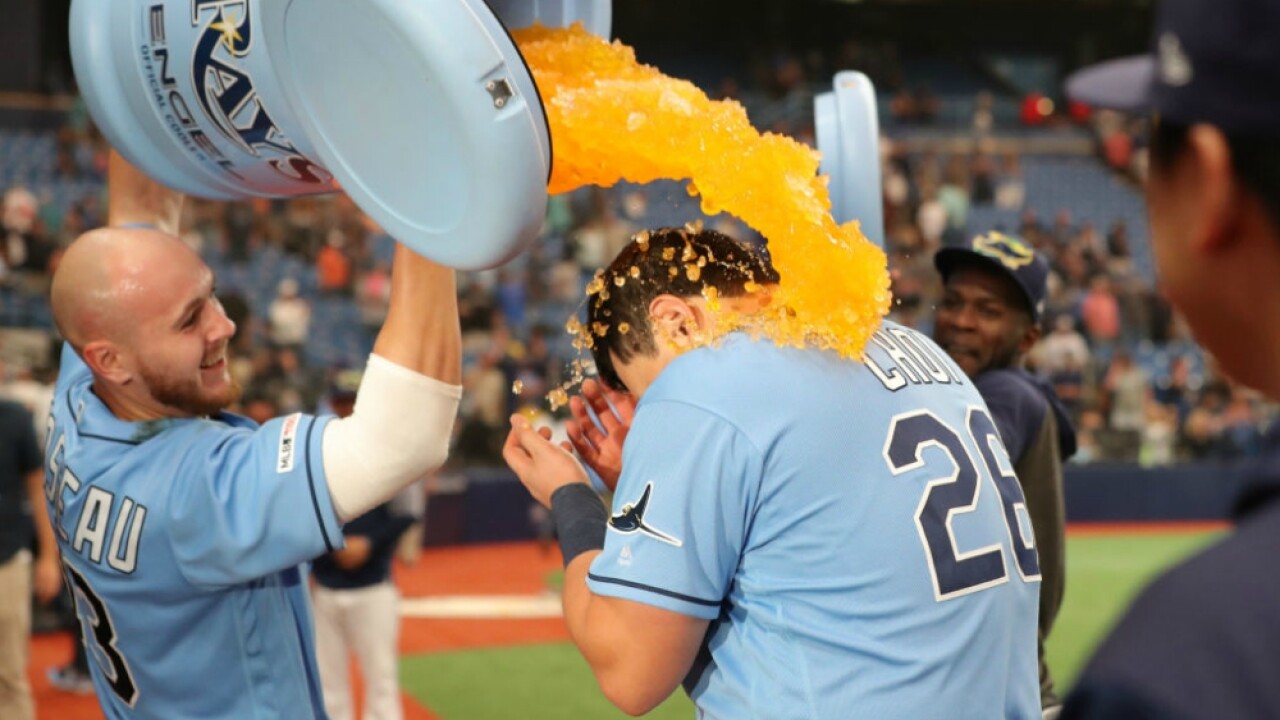 ST. PETERSBURG, Fla. (AP) — Ji-Man Choi's two-run single in the bottom of the ninth completed a rally from a late three-run deficit and gave the Tampa Bay Rays a 5-4 victory over the Detroit Tigers on Sunday.

The Rays trailed 4-1 after seven before coming back with two in the eighth and then the winning hit in the ninth.

The Rays loaded the bases on Mike Brosseau's one-out infield single before Choi singled to center.

Tommy Pham hit a two-run homer in the eighth off Buck Farmer that pulled the Rays within 4-3.

Matthew Boyd struck out nine over seven strong innings and Harold Castro homered and had three RBIs for the Tigers, who have a major league-worst 37-84 record.

Boyd allowed one run, two hits and two walks. The lefty has 201 strikeouts in 153 innings.

Castro hit a two-run shot during the first and had a sacrifice fly during a two-run seventh.

Victor Reyes got the Tigers' first walk of the series leading off the first against Trevor Richards and scored on Castro's homer.

Detroit finished with three walks, with two coming in the ninth off Jose Alvarado (1-5).

After Reyes had an RBI double, Castro's sac fly in the seventh put the Tigers ahead 4-1.

Richards allowed two runs, eight hits and struck out six over 3 1/3 innings in his Tampa Bay debut. The right-hander, acquired from Miami on July 31, went 3-12 for the Marlins in 23 games, including 20 starts.

Tigers slugger Miguel Cabrera, hitless in nine at-bats with seven strikeouts in the first two games of the series, got the day off.

MOVING AROUND THE DIAMOND

d'Arnaud made his 15th start at first base and also took grounders at third base before the game. He has started 39 times behind the plate.

Tigers: OF Christin Stewart (concussion), C Grayson Greiner (lower back strain) and 1B Jeimer Candelario (sprained left thumb) were all in the Triple-A Toledo lineup for the second consecutive day.

Rays: RHP Tyler Glasnow, who went 6-1 before being sidelined by a right forearm strain in mid-May, will have his first bullpen session Monday. ... OF Avisail Garcia (right oblique strain) could be back in the next seven to 10 days.