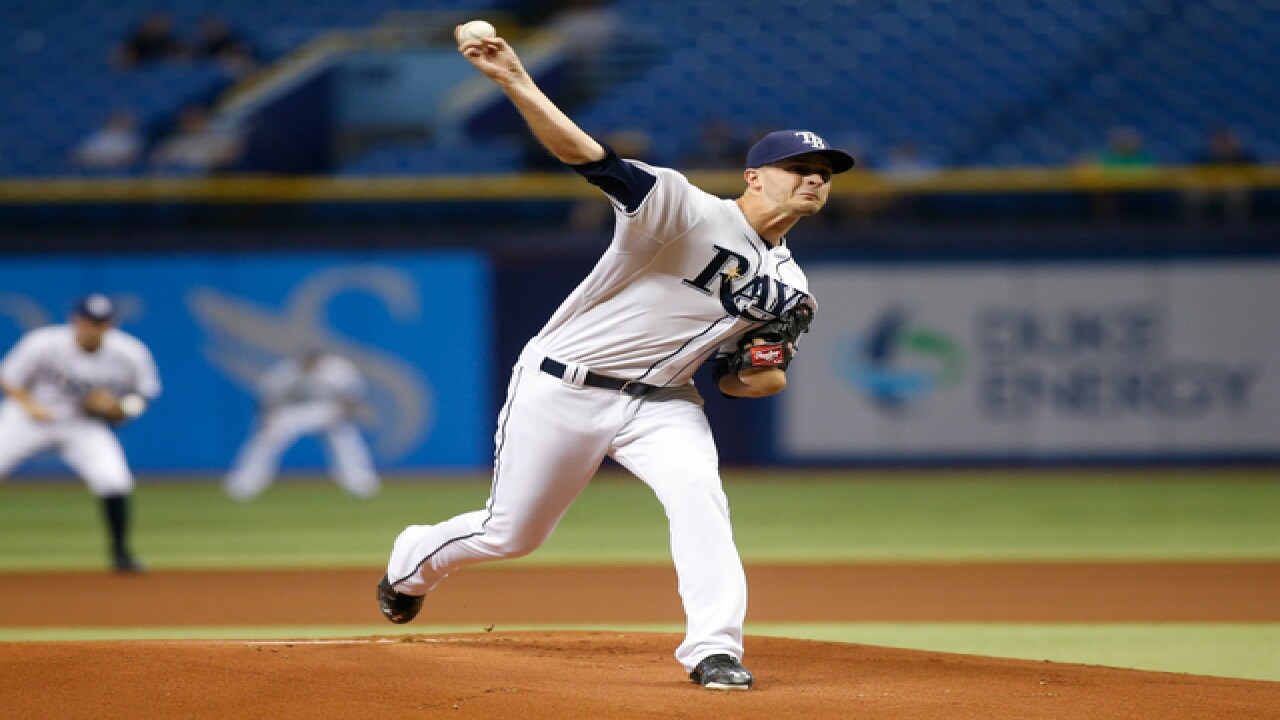 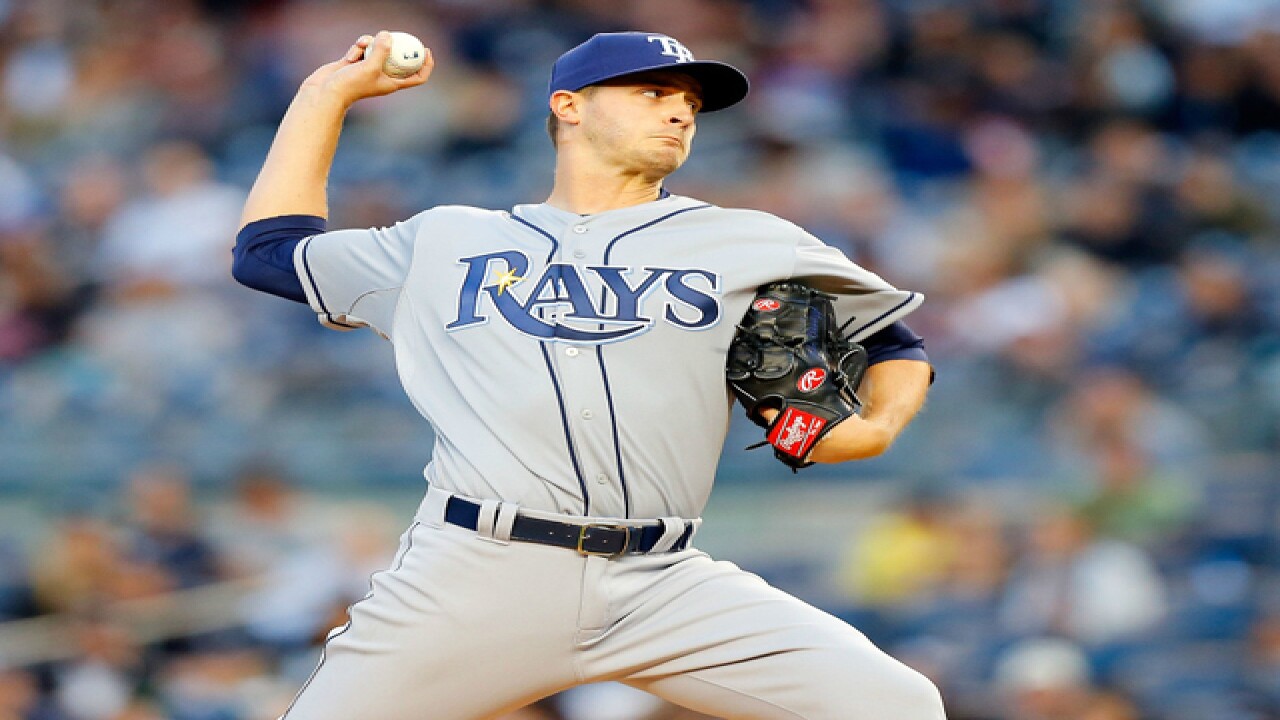 Jake Odorizzi allowed one run over seven innings as the Tampa Bay Rays beat Jose Fernandez and the Miami Marlins 4-1 on Thursday night to complete a three-game sweep.

Fernandez (6-1) gave up two runs, 11 hits and had nine strikeouts over six innings in his 11th start after returning from elbow ligament replacement surgery. A 2011 graduate of Alonso High School in nearby Tampa, Fernandez allowed seven runs in 3 1-3 innings during his only other start at Tropicana Field on May 27, 2013.

The Rays said it was the first regular-season game ever between AL and NL teams during October. There have been 617 World Series games played in the month. Houston and Arizona will start a three-game interleague series Friday night.

Evan Longoria homered and had two RBIs for the Rays. He hit a solo homer in the first and had an RBI double during a two-run seventh that made it 4-1. Brad Boxberger pitched the ninth for his 41st save.

After Grady Sizemore made it 2-0 with an RBI single in the third, Fernandez avoided further damage by getting a bases-loaded, inning-ending double play from James Loney.

Fernandez got inning-ending strikeouts with two on in the second, fourth and fifth innings.

Miami got within 2-1 on Ichiro Suzuki's bases-loaded sacrifice fly in the fifth. Suzuki tied Barry Bonds for 34th place with his 2,935th hit, a two-out liner in the seventh that center fielder Kevin Kiermaier threw out J.T. Realmuto as he tried to score from second.

Marcell Ozuna got the Marlins' first hit leading off the fifth with a line single to right. He has at least one hit in all 13 of his games against Tampa Bay.

The Marlins went 0-10 in road games against the AL this season.

Rays: 2B Logan Forsythe (bruised right foot) was out of the lineup for the second straight game but was available off the bench.

"They got pop, they've got everything," Ramirez said.

Buehrle is 8 2-3 innings from reaching 200 for the 15th consecutive season.