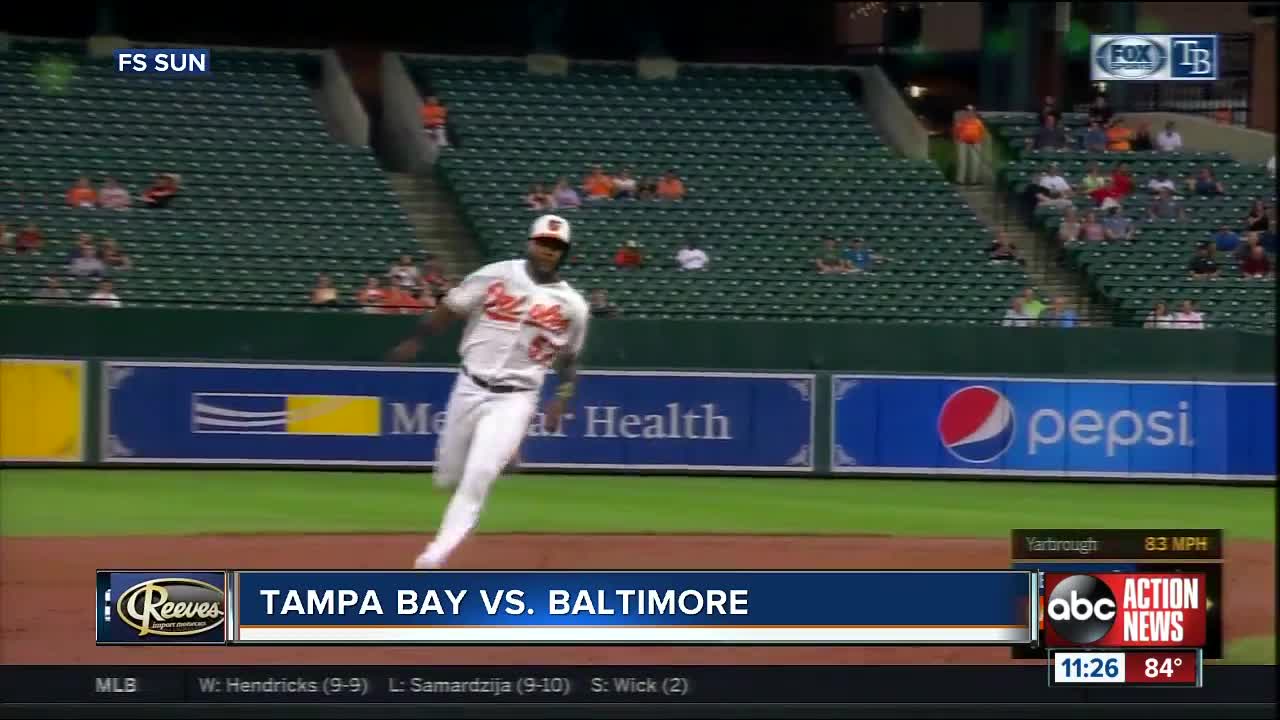 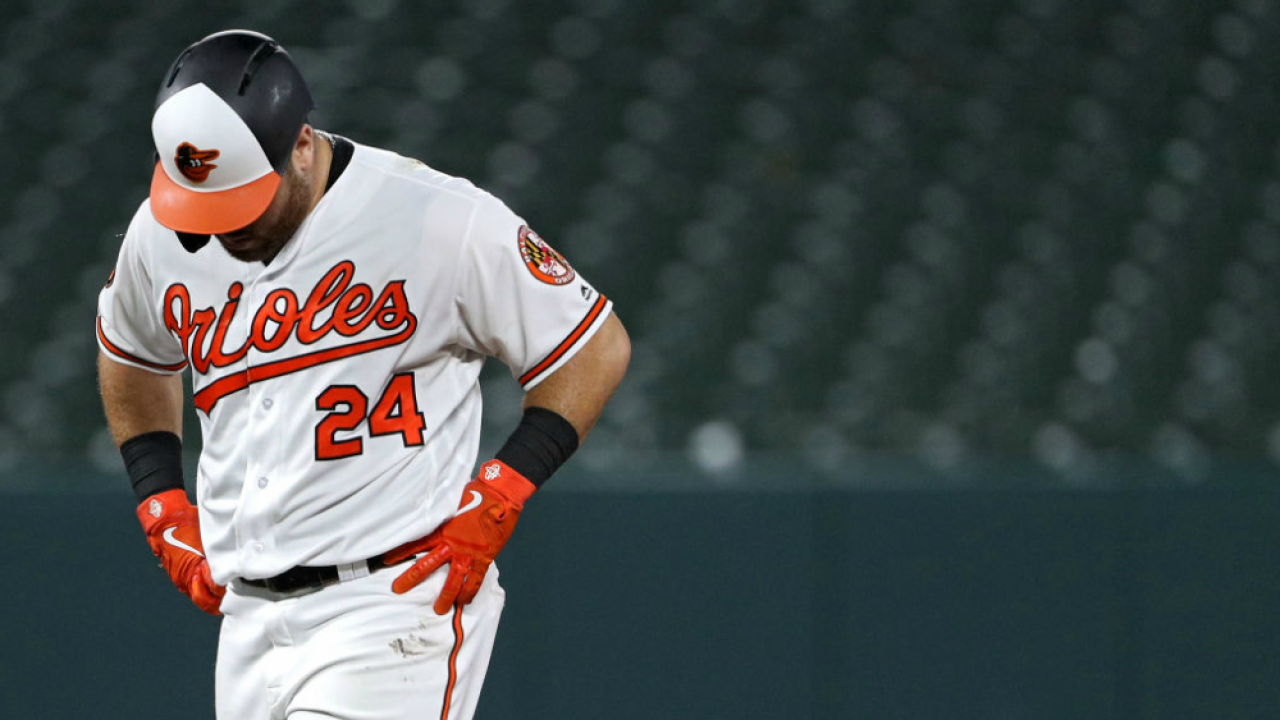 BALTIMORE (AP) — For a while, there's been no doubt the Baltimore Orioles would set a dubious record for the most home runs allowed in a season.

It was just a matter of where and when.

And that came early Thursday night when Tampa Bay's Austin Meadows sent a drive sailing over the right field scoreboard at Camden Yards. Much later, the Rays finished off a rain-delayed, 5-2 win that ended shortly before 1 a.m. Friday.

About 200 fans were left for the final out.

Meadows hit the record-setting 259th home run off Baltimore this year — the last-place Orioles began the day tied with the 2016 Cincinnati Reds for the highest total in big league history.

Meadows connected in the third. A couple innings after that, Willy Adames added No. 260.

"I'm a broken record when it comes to homers we've given up," first-year Orioles manager Brandon Hyde said. "I don't know what to say except we have a lot of work to do with our pitchers."

"And going forward to be able to compete in this division and in the big leagues, you have to be able to keep the ball in the ballpark and we've had a tough time doing that this year," he said.

The Orioles still have 34 games remaining, too.

The teams were tied at 2 when a downpour sent the game into a rain delay in the fifth inning.

When play resumed after 2 hours and 16 minutes, Adames had a two-run single off Miguel Castro (1-2) in the sixth.

Oliver Drake (2-1) earned the win by throwing 12/3 scoreless innings with a hit and two strikeouts. Emilio Pagan picked up his 14th save in 21 chances with a scoreless ninth.

The Orioles took a 2-0 lead on a double by Trey Mancini that drove in Hanser Alberto in the first. Mancini also scored on a throwing error by Adames from shortstop. That ended a streak of 17 2/3 scoreless innings by Tampa Bay left-hander Ryan Yarbrough.

Meadows homered on a curveball by Orioles starter Asher Wojciechowski that made it 2-1. Adames tied it with another homer off Wojciechowski.

"We talk about Willy hitting on the road, and he seems to like it here," Rays manager Kevin Cash said. "We've got six more ballgames on the road (on this trip). Hopefully he can get hot and stay hot for us."

Adames production helped make up for a couple miscues. During the long break, he got a message on social media "where somebody said, 'Hey, this game's only had five minutes gone, and you already have two errors,'" he said.

"In the rain delay, I read it and I was laughing," he said. "That motivates me. But that's not the best way to start a game."

Baltimore likely won't be the only club to pass the 2016 Reds in a historically homer-friendly season. Entering Thursday, the Seattle Mariners, Los Angeles Angels, New York Yankees and Philadelphia Phillies were on track to allow at least 259 homers. The league as a whole is on pace to easily surpass the record of 6,105 homers in 2017.

Orioles struggling first baseman Chris Davis has been out of the lineup the last four games and that's a trend that will continue the rest of the year as the team evaluates younger talent. "I think there are people we want to see and there's at-bats that we want to give to guys," Hyde said. Davis is slashing .179/.270/.312 with 9 HRs and 32 RBIs over 90 games.

Rays: 2B Brandon Lowe (shin) suffered a quad injury during a rehabilitation assignment Wednesday. "He's most likely done for the year," manager Kevin Cash said. "I think that's the best way to say it. If he comes back early, great." Lowe, an All-Star selection, hit .276 with 16 homers and 49 RBIs this season but hasn't played since July 2.

Orioles: INF Richie Martin has a sore left hand from sliding into first base against Kansas City on Wednesday and was scratched from the lineup. He pinch-ran in the eighth. ... OF Mark Trumbo (knee surgery) could join Triple-A Norfolk for a rehab assignment next week. He has not appeared in a game for the major league club this season ... OF Dwight Smith Jr. (left calf strain) was reinstated from the 10-day IL and optioned to Norfolk.

Orioles: LHP Ty Blach (0-1, 12.06 ERA) is trying to get on track after struggling in his two starts against the Yankees and Red Sox since being claimed off waivers from San Francisco on Aug. 3.