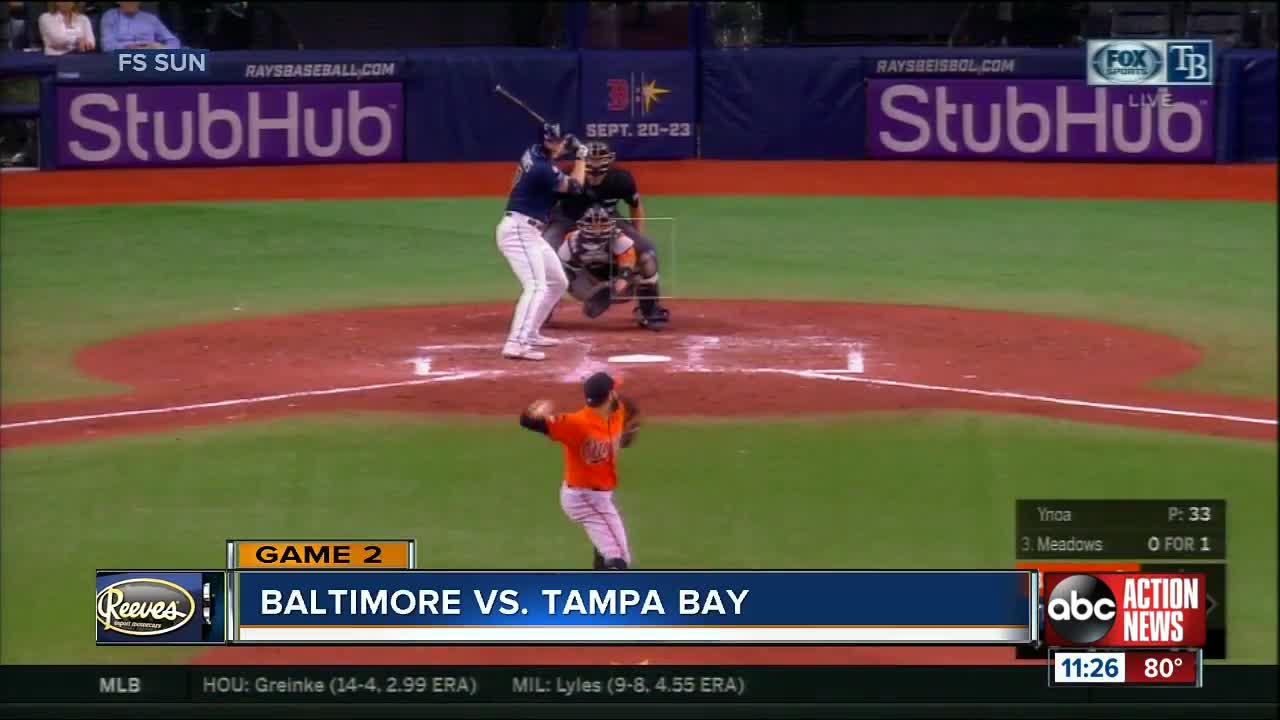 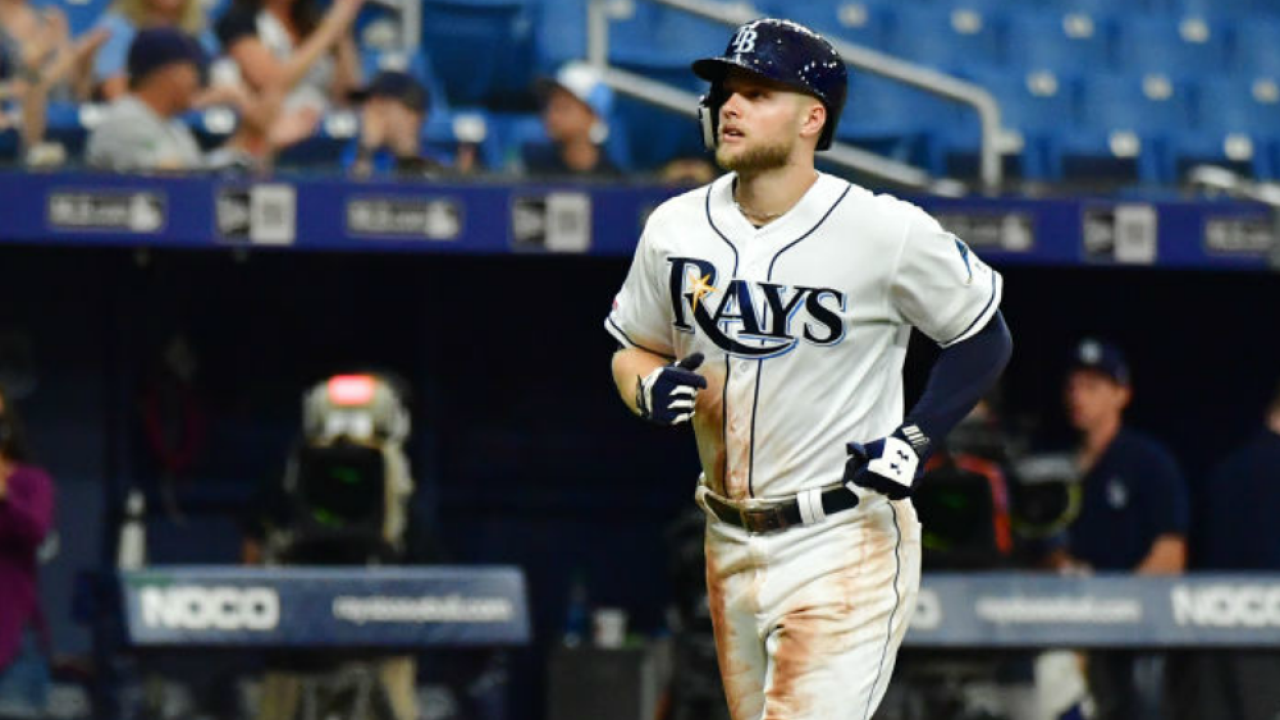 The Rays, who began the day with a slight lead atop the AL wild-card race, had their five-game winning streak stopped with a 4-2 loss in the opener.

The first game of the twinbill was originally scheduled for Wednesday night, but was moved up in advance as a precaution for Hurricane Dorian. The announced crowd was 6,844.

Diego Castillo (3-8), the third pitcher in a bullpen day, allowed one hit over two scoreless innings.

Meadows hit his 26th homer, a solo shot in the fourth. The Rays went up 2-0 in the seventh when Ji-Man Choi's hit to right bounced over Anthony Santander's head for a triple.

On his slide, Choi was hit in the face by third baseman Rio Ruiz's glove. Choi left the game but was seen high-flying teammates in the dugout.

Avisail Garcia added an RBI single off Gabriel Ynoa (1-8), who gave up two runs and six hits in 6 1/3 innings.

Baserunning mistakes cost the Orioles in the third inning.

Chris Davis started the inning with a single and wound up at second when Meadows in left field misplayed the ball.

Richie Martin then put down a bunt that third baseman Joey Wendle fielded and made an off-the-mark throw to first that ended up in the right-field bullpen that allowed Davis to score. But Martin was called out for interference for running inside the baseline and Davis was sent back to second.

Jonathan Villar followed with a double to deep center but was tagged out in a rundown between second and third after Davis was given a stop by third base coach Jose David Flores after rounding the base.

In the opener, Ruiz and Anthony Santander homered and Mark Trumbo drove in a run with a pinch-hit double.

Ruiz's ninth home run came in the fifth off Rays starter Trevor Richards, driving in Baltimore's first two runs and tying it at 2.

Rays infielder Eric Sogard had his helmet and glasses knocked off by Paul Fry's pitch in the eighth. Sogard was able off walk off the field after a brief examination by trainers.

Rays: Injured starters Tyler Glasnow (right forearm strain) and LHP Blake Snell (elbow bone chip surgery) are making progress in their rehab programs. Glasnow may be back and able to throw a few innings this weekend, while Snell could have a batting practice session or start a minor league rehab game Saturday.

Rays: The starter for Thursday night's game with Toronto was going to be determined following the doubleheader.