Antonio Brown 'extremely grateful' to get chance with Buccaneers

Brown set to make his Bucs debut this Sunday vs. Saints 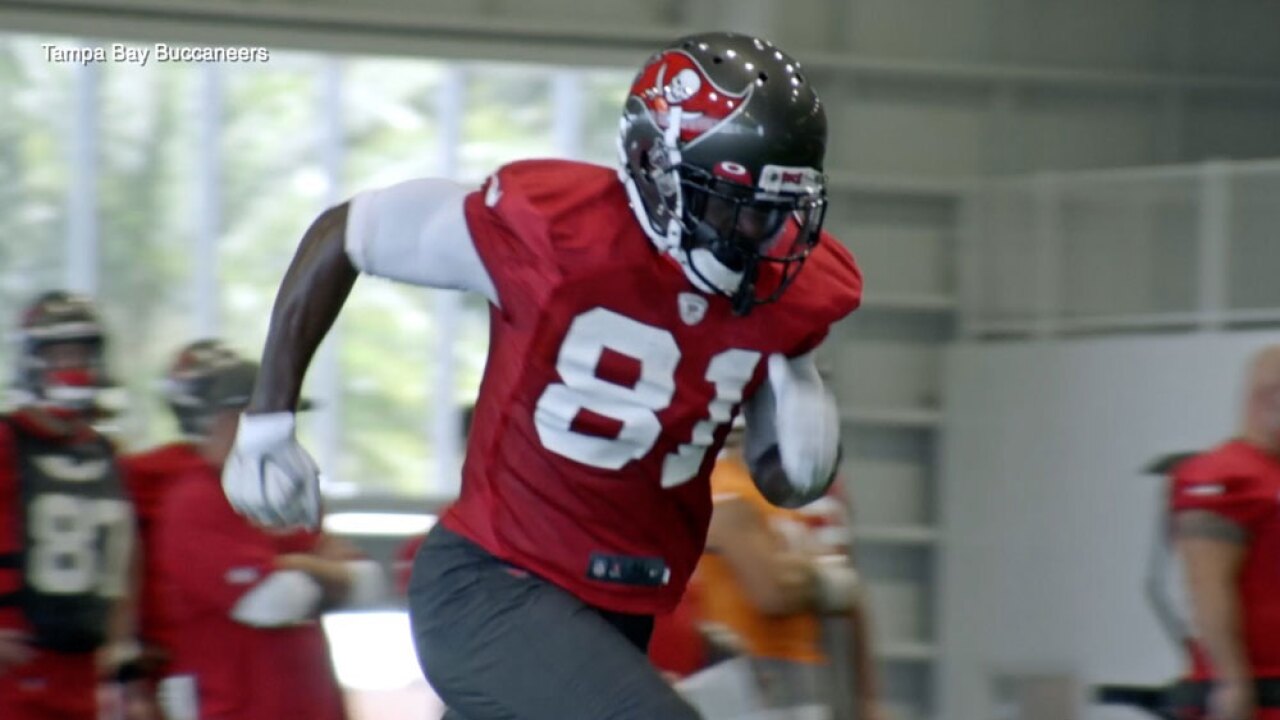 TAMPA, Fla. — Antonio Brown is set to make his Tampa Bay Buccaneers debut this Sunday against the New Orleans Saints.

He practiced with his new teammates for the first time during Wednesday’s indoor walk-through.

“I am extremely grateful to be here with such a great organization, to be around some great players,” Brown said. “For me, first and foremost, being away from the game for a year and a half, just to be able to be a part of the process and be out there with the guys today was surreal.”

Brown was suspended in July for eight games for multiple violations of the league’s personal-conduct policy. He faces a sexual assault civil lawsuit filed against his former trainer, which is scheduled to go to trial in December.

“For people that want to doubt the decision (to add Brown to the team), I defend my record on all those types of things,” Arians said. “I don’t have a problem with it. It’s not just all about winning.”

“I would say I’m a better person,” Brown said. “I wouldn’t say a different person. I’ve been working on myself for a year and a half.”

Brown believes it won’t take long to get up to speed with the Tampa Bay offense.

“I’m putting the time in right now. Studying every night, coming in with coach Jeffery early in the morning to late afternoon. I make sure when I get an opportunity to be in there that I don’t miss a beat, that guys can count on me, and I can be where they need me to be.”

The former Pittsburgh Steelers star has credited quarterback Tom Brady with setting him up with a life coach. Brady and Brown played one game together last season with the New England Patriots.

“Tom is my boy,” Brown said. “One of the greatest leaders to be around. He’s encouraging, always inspiring. He’s the greatest quarterback of all time.”