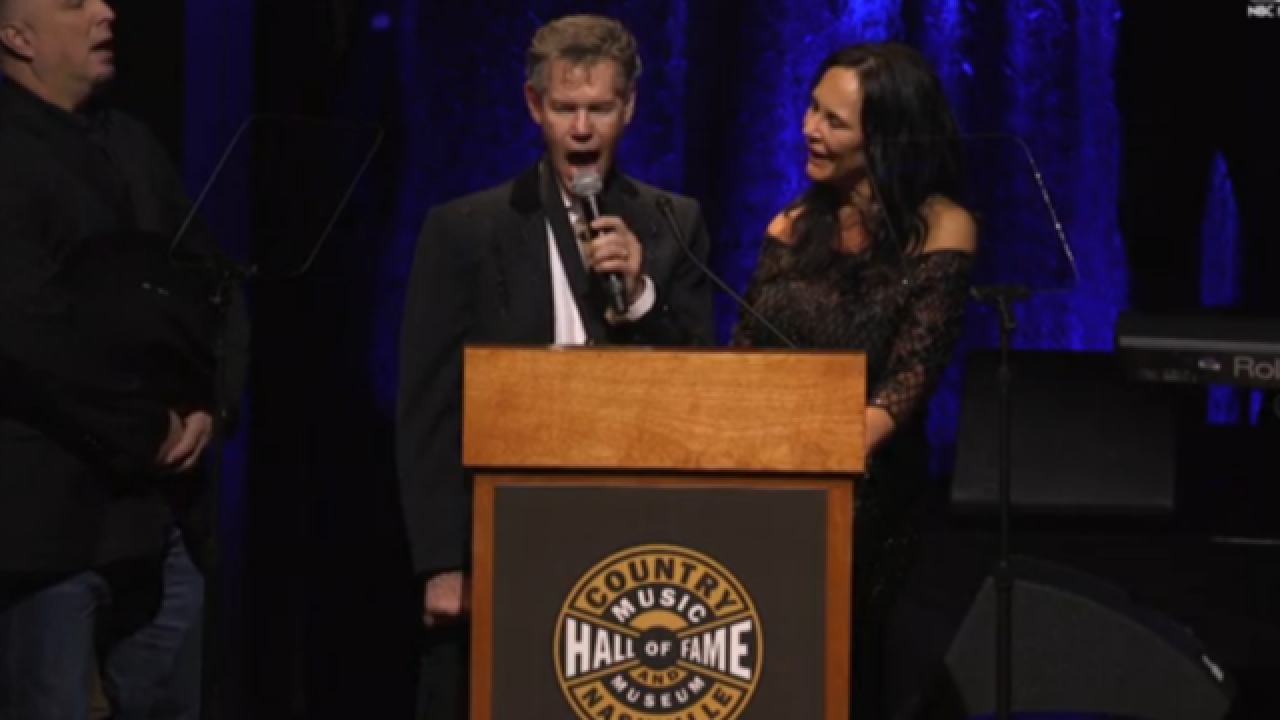 The Country Music Hall of Fame recently welcomed legendary country crooner Randy Travis into its ranks. It was a special moment for the country star, especially considering the difficult health issues he has recently faced.

In 2013, he suffered a stroke, which robbed him of his ability to speak and, of course, sing. It was a blow not only to Travis and his wife, Mary, but also to his millions of fans. Travis’ voice is beloved in the country music community, a voice that country fans would know anywhere, so to lose that special gift was truly a tragedy.

But when Travis got on stage to accept his medallion and entrance into the Country Music Hall of Fame on Oct. 16, he wowed everyone with his short, poignant rendition of “Amazing Grace.” With his wife Mary by his side, Travis was able to stand and deliver a few lines of the famous hymn. He brought the audience to their feet and many wiped a tear as they watched the performance. The audience quietly sang along as they supported the 57-year-old artist, with Garth Brooks and Brad Paisley nearby (they assisted Travis up to the podium).

It was a brave effort that no doubt took time to plan and practice, but it was certainly worth it. Travis proved once again that no one is more important than his fans, and they appreciated the song more than they could say.

His rich baritone sounded as smooth and lush as ever, and it instantly reminded many people of why he became a country star in the first place.

As his fellow country peers such as Alan Jackson stated, Travis helped to “rescue” country music during the 1980s, at a time when the genre was struggling to be relevant and appeal to a broad fan base.

As you can see, he still has what it takes to make his audience come alive.