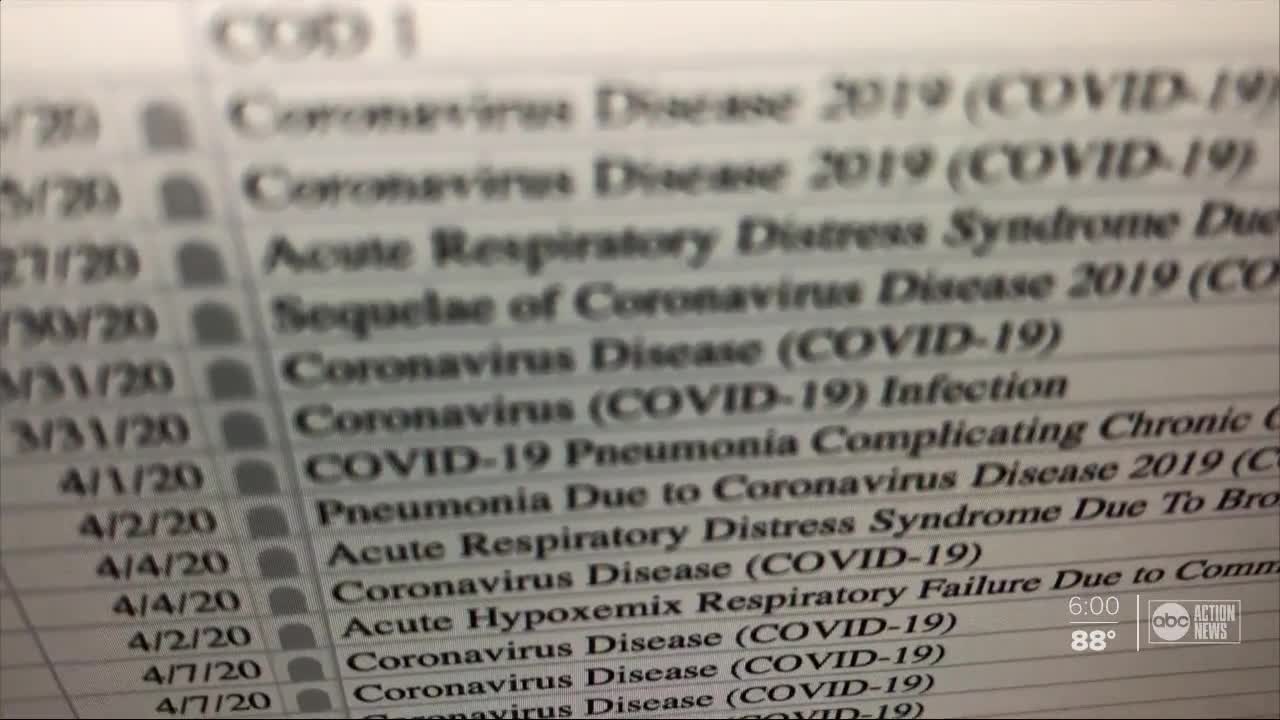 Patient death data during the pandemic is a vital information. However, the way the deaths are being reported is now under question. 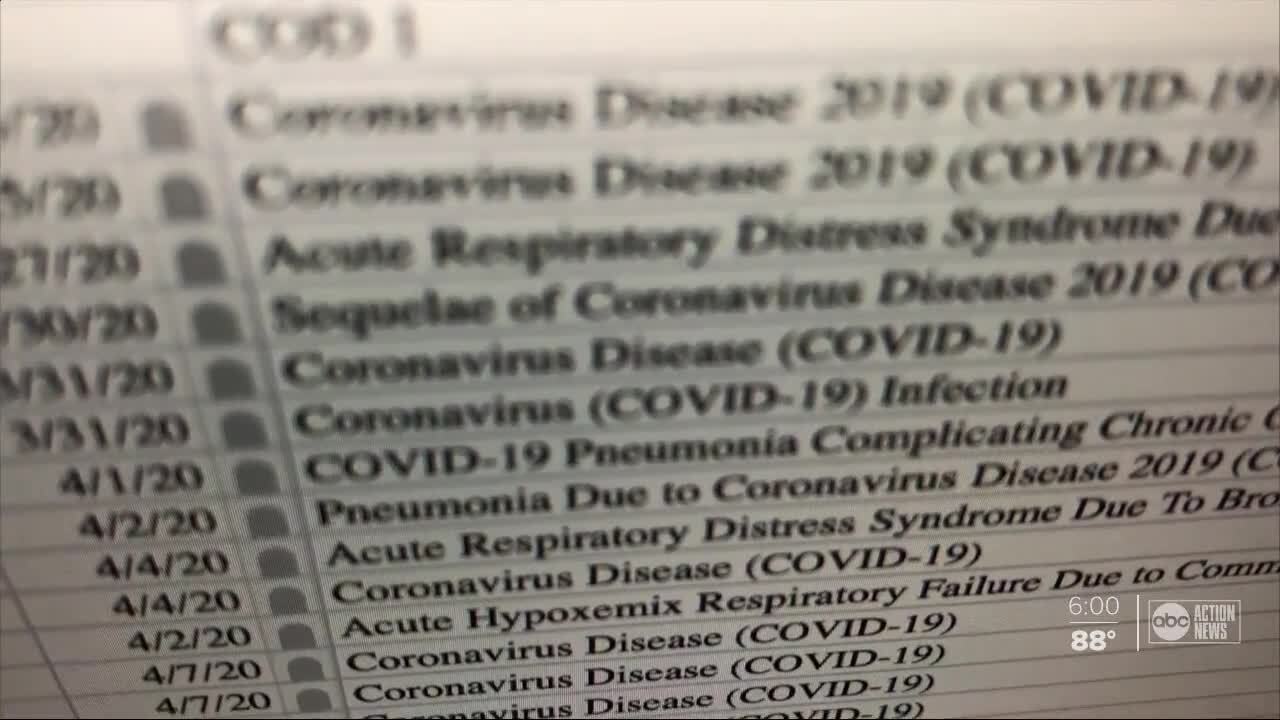 How deaths are reported is so important, the Centers for Disease Control even sent an instructional video to local medical examiner's offices.

It’s intended to make sure every agency reports COVID-19 deaths in a uniform manner.

“When COVID-19 is determined to be the cause of death, it is important that it be reported on the death certificate. Otherwise, proper tracking of the pandemic is not possible,” the video said.

But the I-Team has uncovered the number of deaths provided by Tampa Bay area counties sometimes varies from the count provided by the state.

For example, on April 27, Hillsborough County reported 25 COVID-19 related deaths, while the state reported only 21 deaths in the county that same day.

The next day, the local medical examiner reported eight COVID-19 related deaths in Pasco County, while the state only reported six deaths during that same time period.

Dr. Stephen Nelson, who is president of the Florida Medical Examiners Commission, says there’s at least one possible explanation.

"We’re counting two different things. The Department of Health is not counting non-residents, snowbirds, visitors and tourists. We at the Medical Examiners Commission are counting everyone who dies in Florida,” said Nelson.

But Nelson says the state refused to allow the release of his commissions report – saying it contained confidential information.

“The public paid for it. The public is entitled to know what it is. And there’s a family member behind every one of these numbers,” said Nelson.

The document omitted the causes of death and descriptions in each case.

“We need to have as much information as we can get… accurate, timely information,” said Barbara Petersen, President Emeritus of First Amendment Foundation.

“We need to have accurate information about the level of infections in our counties, in our towns, how these people are dying, how they’re contracting the disease so that we can make informed decisions,” Petersen said.

ABC Action News attorneys are still pushing for access to those full medical examiner reports and are prepared to go to court to fight for your right to see this information.