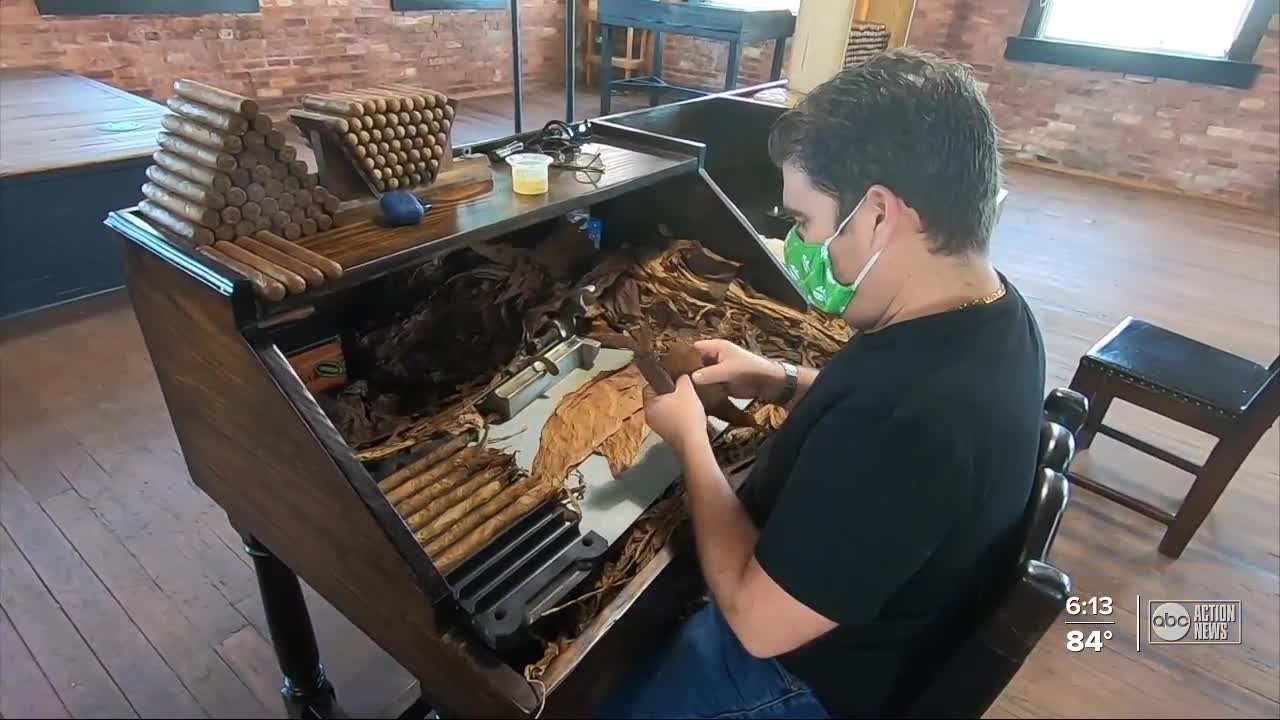 The tourism and marketing agency, Visit Tampa Bay, launched a new video series called “On the Horizon” aimed at highlighting what makes our city great. “And the whole idea is really for it to be the North Star for the community,” Stephanie Fred said. Fred is a publicist with Visit Tampa Bay.

For the past month and a half, she’s been going out in the community and interviewing business owners about everything positive they offer the community.

“It’s been a tough year for tourism a tough year for small businesses so the idea is that this series helps get the word out about exciting projects that are coming to our area,” Fred said.

So far, the series has profiled three projects. Casa Santo Stefano, a new restaurant from Columbia group, opening in Ybor this year. Hotel Haya, a new hotel opening in Ybor. And the JW Marriott near Amalie Arena.

“This is the 125th year in business about a hundred of those years have been challenge years,” Newman said. "We’ve been through two world wars, the Great Depression, the 1918 pandemic, the Cuban embargo, smoking bans, excise taxes, now we are battling FDA, this current pandemic COVID-19, we’ll get through it it’s one of the many challenges we’ve had in 125 years of business.

Newman is building a new museum and opening the cigar factory up to public tours and cigar tastings for the first time in the company’s history. Visitors can see workers hand rolling cigars and making them on the same machines the family used in the 1930s.

“Tampa is the cigar city. At one time, Tampa had 150 cigar factories making cigars. We are the only one left. Cigars make Tampa unique,” Newman said. “Our goal is to make our cigar factory the premiere cigar factory in the United States. Tell the world that Tampa is still today the finest cigar capital of the world.”

Fred said they planned to profile five businesses to launch the series but the positive response online has been so overwhelming they might expand.

“This kind of shows people are ready for some optimism some hope and we are really proud we could bring that to the community to visitors who want to come to Tampa,” Fred said.

Newman hopes to have the museum finished sometime in the Fall.