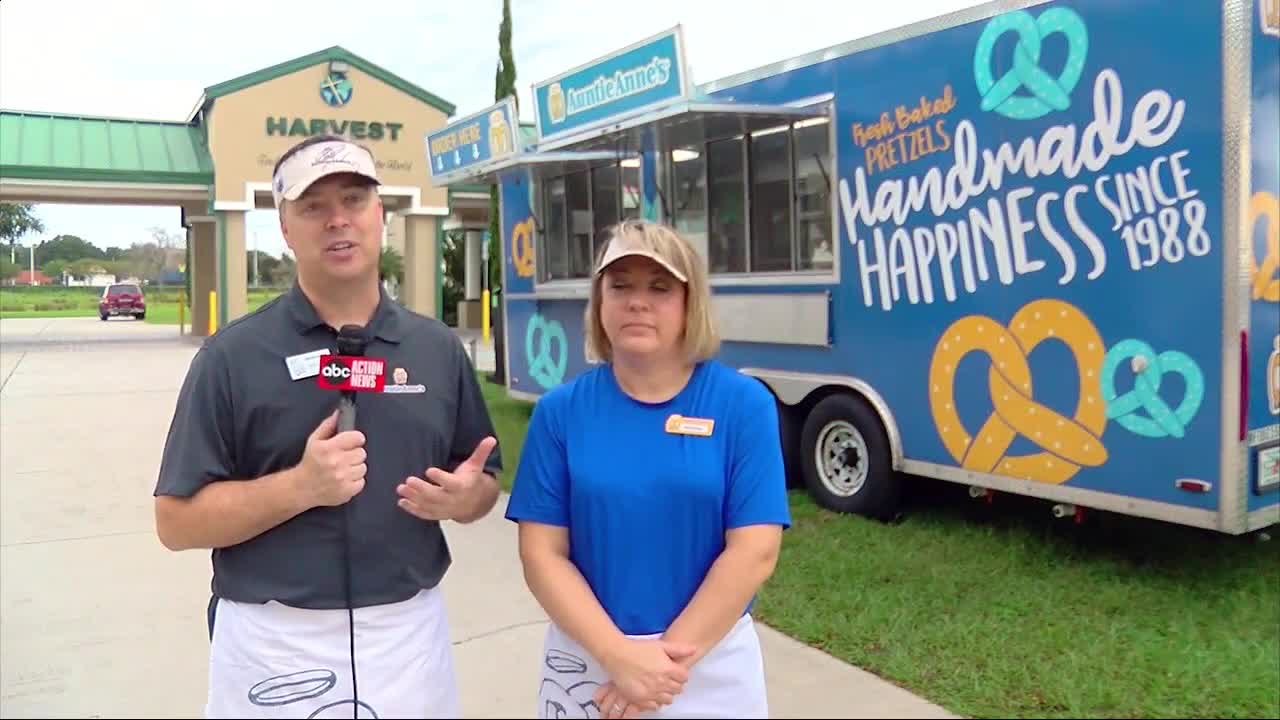 Auntie Anne's exec in Lakeland discovers second career after getting laid off: selling pretzels in a food truck. Story: https://bit.ly/3klFkk4 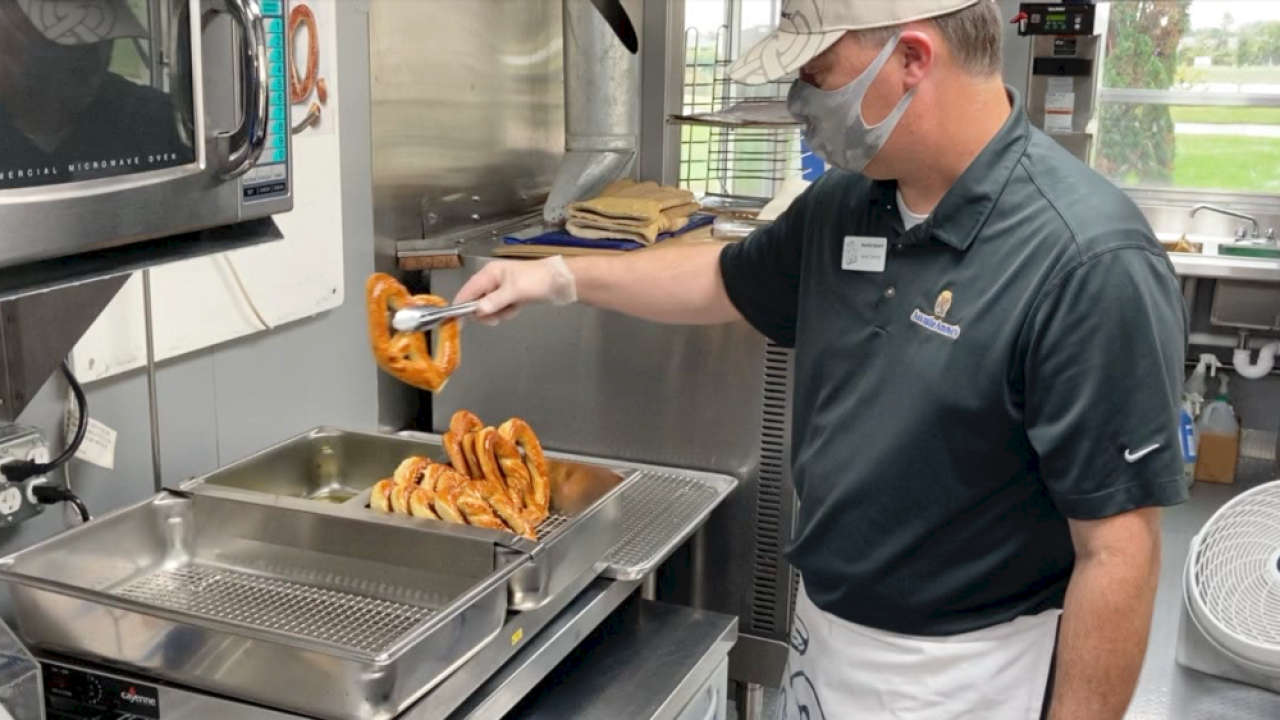 As the pandemic started to bear down in March, the Lakeland man was laid off from his job.

"It was hard to watch him struggle," says wife Adrienne, a college professor.

For a few months, Jerry struggled, fending off bad news after bad news.

He leaned on his family, on his church and on his friends, one of whom eventually floated an idea.

"Wouldn't it be something if you opened an Auntie Anne's food truck and did your own thing?"

Jerry smiles at the memory.

The answer was right in front of him the whole time.

Funny how life works out sometimes.

Jerry Garvey is now doing what he spent almost two decades helping other people do: launching an Auntie Anne's franchise.

This one operates out of a food truck/trailer that just started making the rounds in Polk County.

He wants other people struggling during this tough time that amazing comebacks really do happen.

"Keep plugging ahead and eventually we're all going get out of this," Jerry says with a smile.