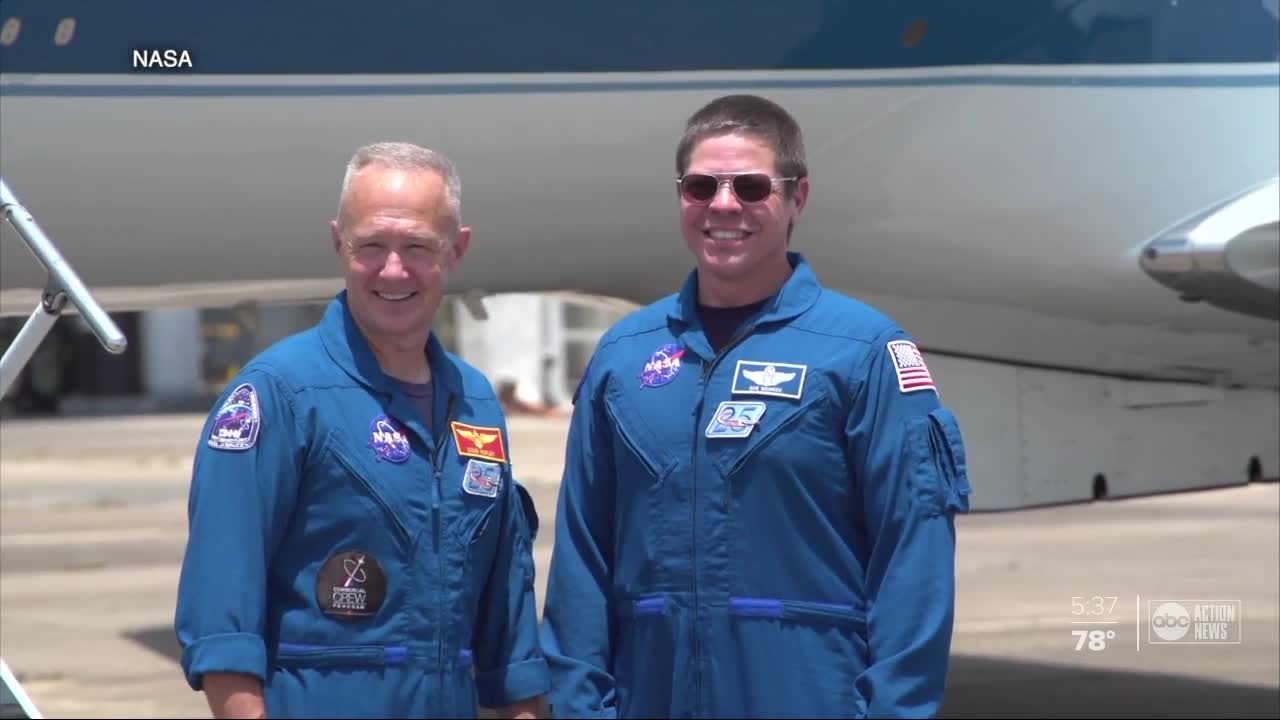 SpaceX, founded in 2002 by Elon Musk, has worked for nearly two decades to reach this point. If the launch Wednesday is a success, the company will be the first private entity to launch humans into space.

TAMPA, Fla. -- In 2011, when the shuttle program ended, business leaders worried about the future of the area. This week, as in the past, all eyes are on Cape Canaveral.

The last time the U.S. sent Americans into space on U.S. equipment and from U.S. soil was in July of 2011, in the previous Space Shuttle flight.

"It goes to show you that aviation, space, defense is still continuing," Lynda Weatherman, the President & CEO of the Economic Development Commission of Florida's Space Coast, said. "We are a state and particularly a county that's the fundamental part of our economy and also that it hasn't stopped."

SpaceX, founded in 2002 by Elon Musk, has worked for nearly two decades to reach this point. If the launch Wednesday is a success, the company will be the first private entity to launch humans into space.

"For a long time, Florida was a launch site only. As a country, we lost 80% of our launch market," Weatherman said. "So, it was really going south quick. To see what's happened in just a relatively short time, from the sun setting on the shuttle, having the Blue Origin manufacture their launch vehicle here, having SpaceX launch here, having other companies come here. This is a nice little gesture to say we are still a country we are operating, and we still have plans in our mission."

The new project involves a multi-year $300 million investment that is expected to generate at least 675 jobs in Florida by 2026.

Weatherman said in two or three years, they hope to have 48 launches a year. And more crewed flights with companies like SpaceX, ULA and Blue Origin.

"We have this legacy and history of launch activity coming at a really good time that we could use some tourism dollars into the area," Weatherman said.