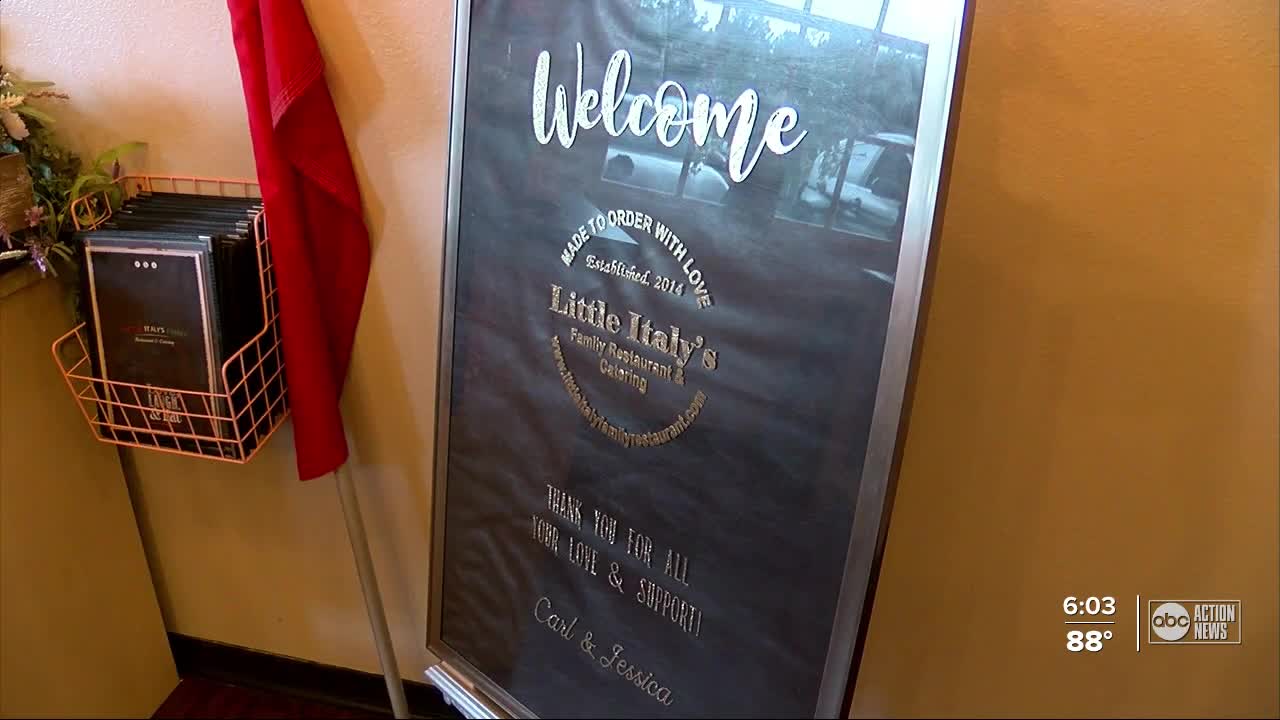 Months after small businesses were forced to close their doors during the pandemic, the I-Team has found that the risk of evictions is on the rise. 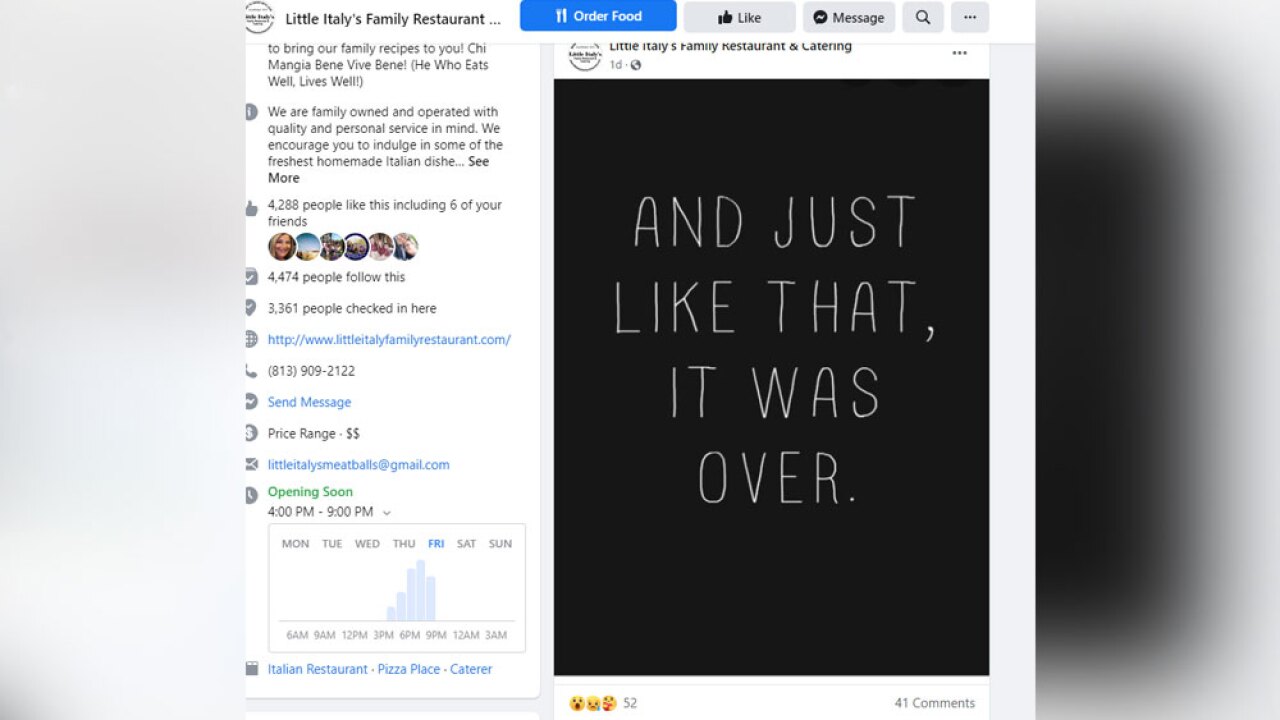 WESLEY CHAPEL, Fla. — Months after small businesses were forced to close their doors during the pandemic, the I-Team has found that the risk of evictions is on the rise.

As county leaders work to save small businesses from going under, I-Team Investigator Adam Walser uncovered that the emergency loans available aren’t nearly enough to keep some businesses from closing shop.

Employees of Little Italy’s Family Restaurant in Wesley Chapel were busy preparing what they thought were their final meals for customers on Thursday night.

“It really hurt a lot of people. And we’ve been here for over five years,” said Carl Meyers.

He and his wife Jessica used secret family recipes and savings from a food truck business to open their dream restaurant in 2014.

It’s a small space in a strip mall, with seating for about 30 customers.

“I tried to make this a space so we could do brunches and family gatherings and bridal showers, weddings even here. I got married here,” said Jessica Meyers.

But Thursday afternoon, Pasco County deputies served the restaurant a final eviction notice after the couple got behind on their rent in the wake of the pandemic.

They were told they had 24 hours to vacated the property.

Their landlord’s attorney said he filed the eviction in early July and sent multiple notifications their rent was past due.

“We weren’t able to get to the loans. By the time we got to the loans, the loans were used up. We’ve tried. We reached out,” Jessica Meyers said of the Small Business Administration Payroll Protection Program loans, which initially ran out in April before Congress provided more funding.

“Pasco helped us and we used that to pay our employees, to stock up,” she said.

The Pasco County Economic Development Council gave a grant to Little Italy’s of $5,000 — the maximum amount available under a local emergency grant program.

They did not have to pay back the money, as long as they met the compliance requirements.

That program, approved by the Pasco County Commission, has awarded about $6 million to more than 1,200 Pasco County small businesses.

Pasco County EDC President Bill Cronin says that even in the best of times, one in five small businesses don't make it in the first two years.

And recent months have been far from the best of times.

“It’s a little bit of relief, but it’s definitely not long-term recovery. And a lot of the companies need to do some other things including refocusing their business plan in the future,” said Cronin.

In the Meyers’ case, customers came to the rescue at the last minute, setting up a GoFundMe page to raise thousands of dollars in a just few hours, after Jessica posted a tearful message about the eviction on social media.

“The real story is I tried to do what I could to survive and I couldn’t make it,” she said in the post.

By late Friday afternoon, 145 people had donated to the fund and the link had been shared more than 500 times.

The donations from their customers are enough to pay the past due rent and keep the doors open, at least temporarily.

But the Meyers say they’ve exhausted their savings, used up the emergency county loan and still have other past due bills.

As far as the future goes, Carl Meyers says that will depend on community support.

"You can’t even guess. It’s a hit or miss. You come here, you prepare for the best every day and then what happens is no one shows up,” he said.

Pasco County still has about $1 million left in its emergency grant program.

If you have a story you'd like the I-Team to investigate, email us at adam@abcactionnews.com