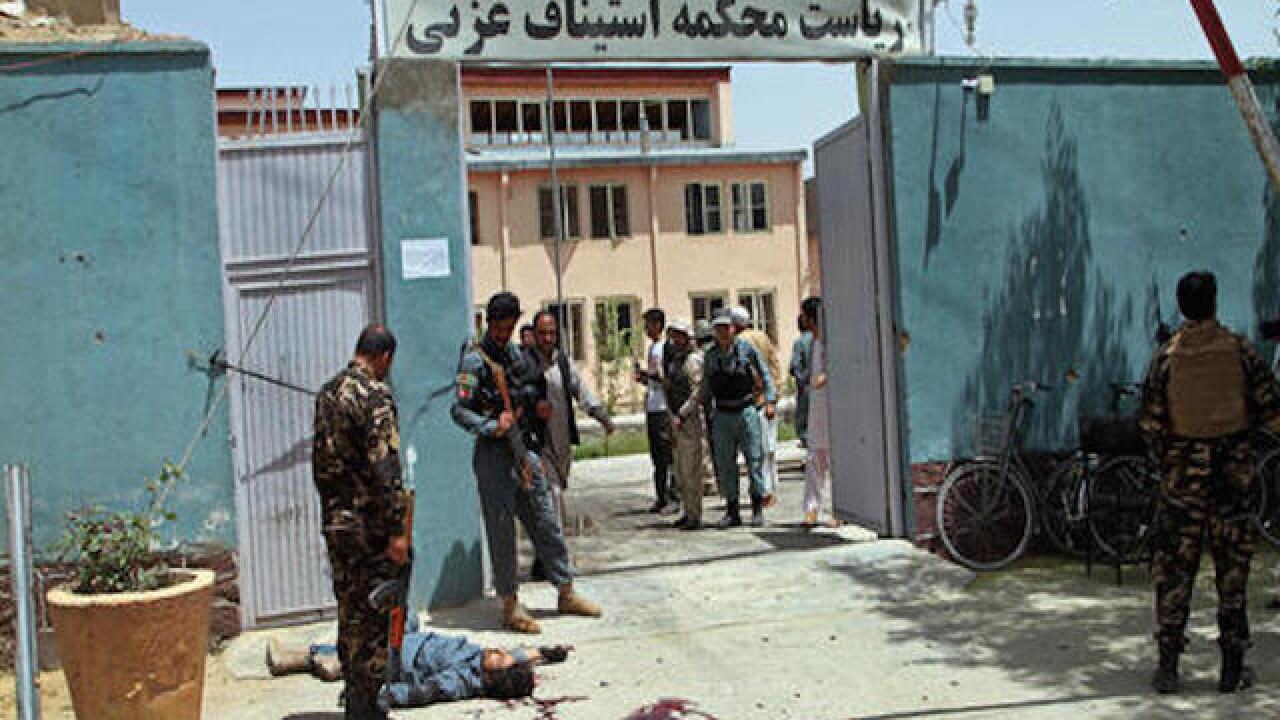 A statement from the Interior Ministry said "four terrorists" were involved in the attack in the city of Ghazni, the capital of the eastern Ghazni province.

Jawed Salangi, spokesman for the provincial governor, said a suicide bomber launched the coordinated attack by blowing himself up at the court's entrance, after which three other attackers stormed the building.

The ministry said a firefight ensued and the three other attackers were shot and killed by the security forces. Salangi said police were also attempting to defuse an explosives-packed vehicle parked near the courthouse.

Sediq Sediqqi, a spokesman for the country's interior minister, said the attackers concealed themselves under women's traditional head-to-toe coverings, called burqas, which they removed during the attack. They also wore uniforms underneath, he said.

Two women and one policeman were among the six killed, Sediqqi said, adding that 13 civilians were also wounded in the attack.

The Taliban, who have waged war on Kabul since the 2001 U.S.-led invasion toppled their regime, claimed responsibility for the attack. The insurgents have increasingly targeted Afghan judicial workers since the government executes six convicted Taliban members last month. They routinely also target government employees and security officials across the country.

Three other policemen who were Khan's bodyguards were wounded in the blast, said Qaderi. He added that Khan was police chief in Sholgara district and was on his way to attend a security meeting in Mazar-e Sharif, the capital of Balkh.

The Taliban also claimed responsibility for the deadly attack in Balkh.

On Tuesday, the Taliban attacked several buses on a road in volatile northern Kunduz province, forcing passengers to disembark and killing 10 people and abducting at least 18, Sediqqi said. He added that 10 of the hostages were later released but that the abductors still have eight people.

The insurgents also launched attacks on several districts in southern Helmand province and on the outskirt of the provincial capital, Lashkar Gah.