Pope Francis' message on Christmas: You must welcome foreigners 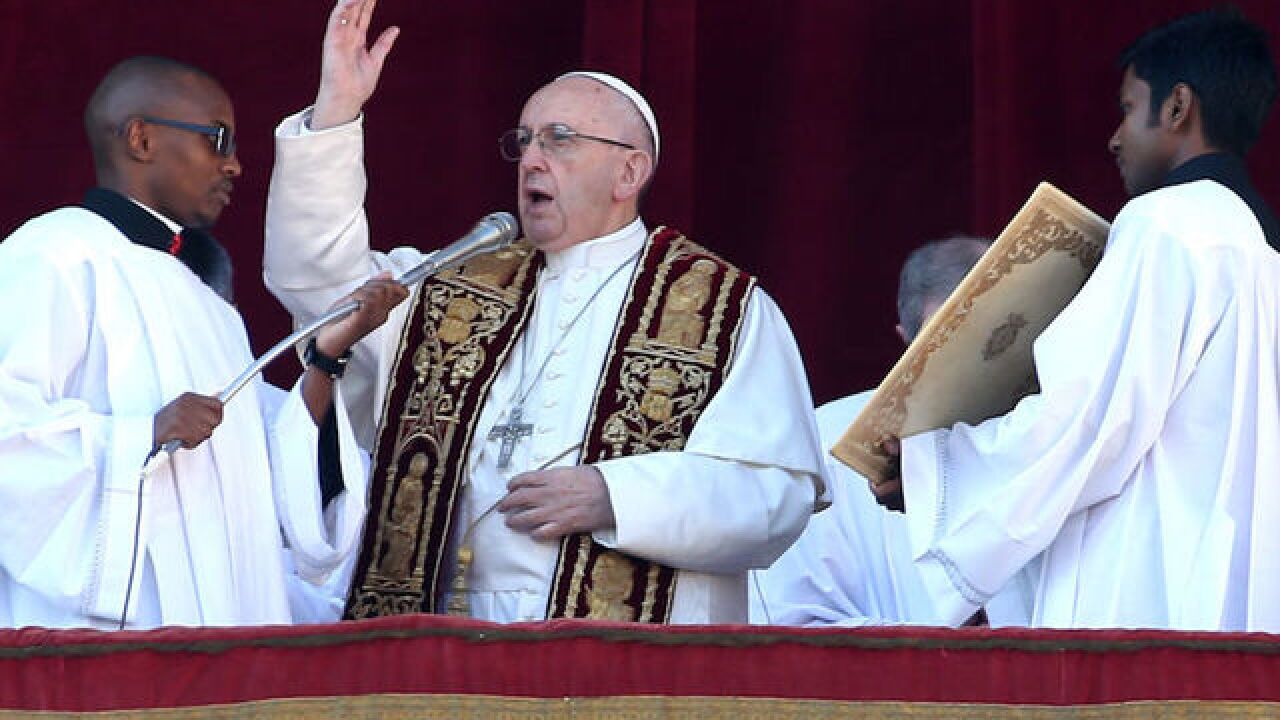 Pope Francis issued a strong defense of immigration in his Christmas Eve mass Sunday, saying faith demands foreigners be welcomed, even as support for far-right parties has risen in Europe.

Mary and Joseph, he said, were immigrants, who struggled to find a safe place to stay in Bethlehem.

"They had to leave their people, their home and their land," Francis told an audience at St. Peter's Basilica in the Vatican. "This was no comfortable or easy journey for a young couple about to have a child ... At heart, they were full of hope and expectation because of the child about to be born; yet their steps were weighed down by the uncertainties and dangers that attend those who have to leave their home behind."

The Argentinian son of an Italian immigrant, Francis has often spoke out on behalf of immigrants and those forced to leave their homes. He is the first Pope to be a member of the Jesuits, an evangelical order present in every continent which is active in advocating for refugees.

"So many other footsteps are hidden in the footsteps of Joseph and Mary," Francis said Sunday.

Pope Francis called for a "new social imagination ... in which none have to feel that there is no room for them on this earth."

More than 160,000 people have risked their lives crossing the Mediterranean this year alone, with at least 3,000 having drowned in the process, according to the United Nations.

Many of those crossing the Mediterranean are fleeing conflict-ridden parts of the Middle East and North Africa. But an increase in the number of those attempting to reach the safety of the continent has been met with a rise in anti-immigration rhetoric and support for far-right political parties.

Rather than react to migration and those seeking refuge with hostility, Francis said, people should work to create a "new social imagination ... in which none have to feel that there is no room for them on this earth."

While some far-right parties in Europe have made Christian identity part of their platforms, often in opposition to Muslim immigrants or refugees, Francis said respect for migration is an integral part of Christianity, as the faithful's "document of citizenship" comes from God, not any specific country.

"True power and authentic freedom are shown in honoring and assisting the weak and the frail," he said.

"This is the joy that we tonight are called to share, to celebrate and to proclaim. The joy with which God, in his infinite mercy, has embraced us pagans, sinners and foreigners, and demands that we do the same."

While he has been outspoken in defense of immigration and refugees in Europe, Francis came in for criticism for not taking an equally forceful line during a recent trip to Myanmar, the first ever by a pontiff.

Tens of thousands of members of the Rohingya Muslim minority have fled the country amid a brutal military crackdown. While he was in Myanmar, Francis did not use the term "Rohingya," which is politically sensitive but widely accepted outside the country.

The Vatican defended that decision on the grounds using the term would be needlessly divisive while Francis was in Myanmar to improve diplomatic relations with the predominantly Buddhist country.

During a service in Bangladesh, where the majority of the refugees have fled, the Pope did use the term, saying the "presence of God today is also called Rohingya."