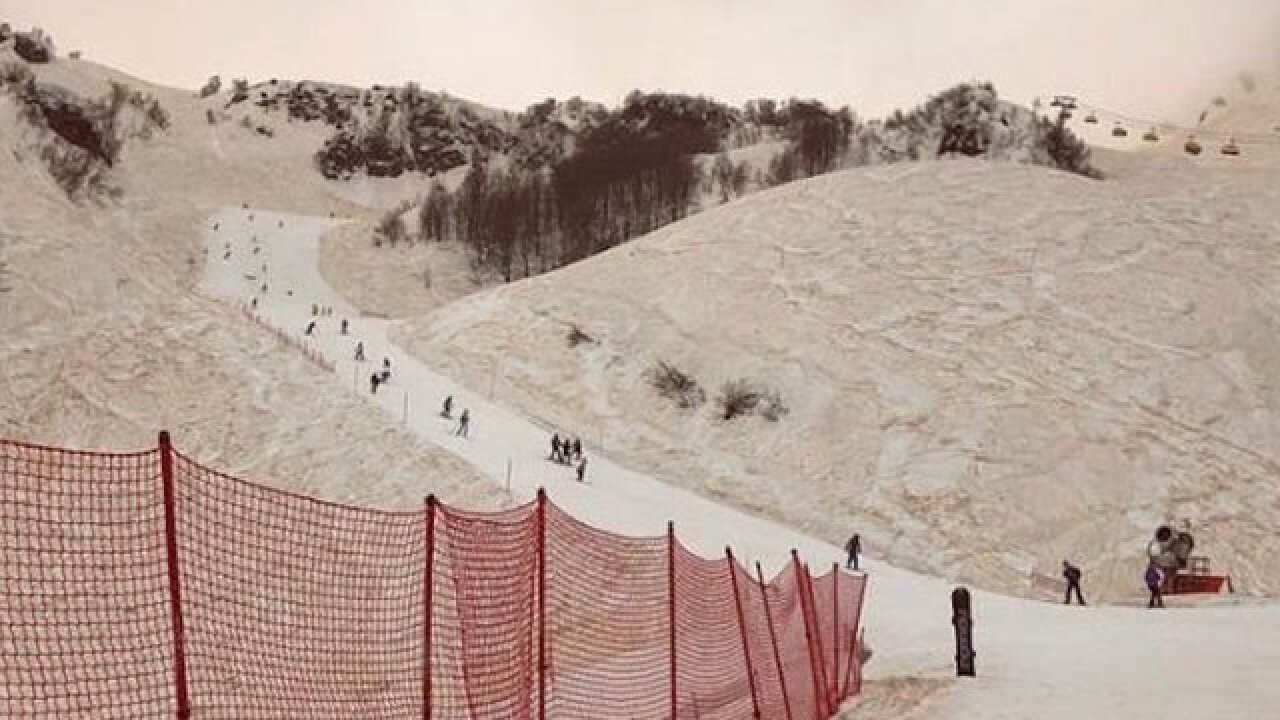 © 2018 Cable News Network, Inc.
@teem_angel/Instagram
<p>Snow appears to have an orange/reddish color in Sochi, Russia, on Saturday. The colored snow is due to sand and dust from North Africa being picked up by a storm system.</p>

Skiers and snowboarders were met with orange-tinted snow in Sochi, Russia, this weekend.

The usually powdery white snow turned colors due to a sandstorm that blew across the Sahara Desert in North Africa.

"We're skiing on Mars today," exclaimed one social media user as he skied down the slopes.

The sandstorm made its way through Greece up to Russia and was so big that it could actually be seen via NASA satellite imagery.

The Athens Observatory said on Friday that this is one of the largest transfers of desert sand to Greece from the Sahara ever.

The African dust covered the entire country and concentrations were the highest in the last 10 years, according to the observatory's meteorological service.

The red dust caused limited visibility for people as they tried to make their way down the slopes in Sochi.